Long-time CBS journalist Bob Schieffer on Thursday whined about Americans having simply too many choices when it comes to consuming the news. Laughably, he unfavorably contrasted modern forms of news with the serious “vetting” of “mainstream” journalism. Regarding online and social media, the 80-year-old reporter complained on This Morning: “We are overwhelmed by it because we are in the midst of this communications revolution that has totally changed not only how we get our news, but the whole culture."

Ironically, Schieffer provided this as an example: “After the shooting out in Las Vegas, there were stories on the internet that [gunman Stephen Paddock] was a recent convert to Islam.” But it was so-called mainstream outlets that hyped this claim. As Politico noted on Monday, “The Associated Press, Newsweek and the New York Daily News, among others, ran headlines along the lines of, ‘Islamic State claims Las Vegas mass shooting.’”

He whined, “...[Social media is] not vetted in the way that the news we used to get from newspapers and from the mainstream presented it.” Clearly, the Associated Press and Newsweek needed to do some “vetting” of their own when it comes to the Las Vegas shooting. 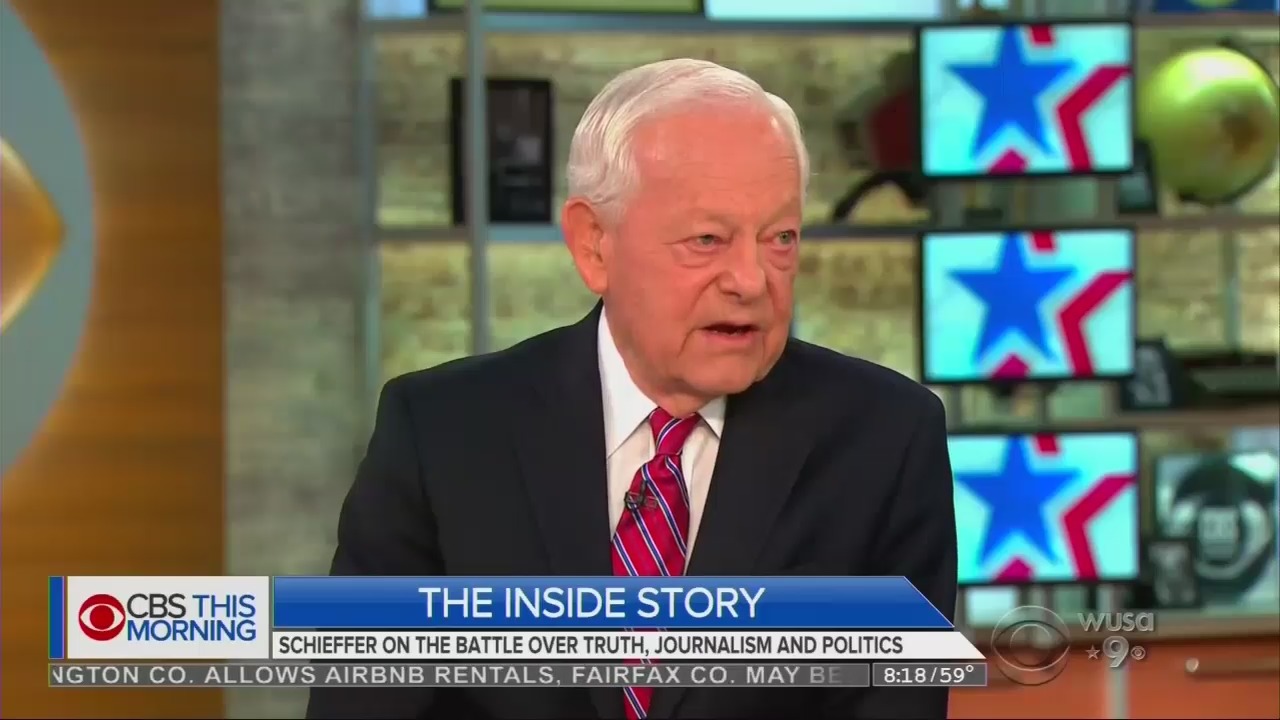 Of course, what Schieffer really means is that he longs for the day when the liberal press had total control over the medium. The CBS journalist, after all, is the same guy who compared “taking on the gun lobby” to fighting bin Laden and “defeating the Nazis.”

He’s the same person who saw “parallels” to the Kennedy assassination in the firing of James Comey. What Schieffer really wants is no one to call him out on his bias.

[This biased segment was sponsored by Farmers Insurance, Walgreens and Listerine.] 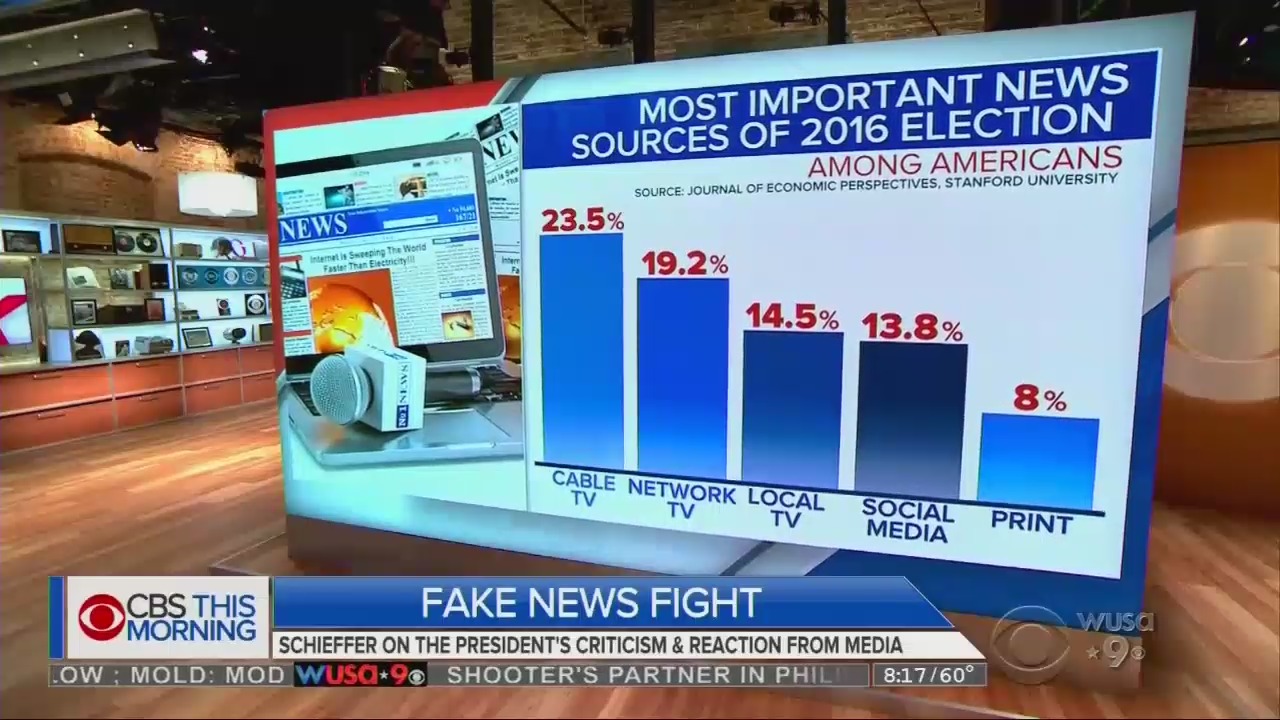 GAYLE KING: But people are getting their news from too many different sources.

BOB SCHIEFFER: But now, what is different is we’re so overloaded with information from so many sources that it’s hard to separate the wheat from the chaff.

CHARLIE ROSE: So, are we better off because we have so much information today?

SCHIEFFER: Right now, we are overwhelmed by it because we are in the midst of this communications revolution that has totally changed not only how we get our news, but the whole culture.

ROSE: And what’s the danger to the republic?

SCHIEFFER: Well, the danger is that once it gets out there, it's hard to knock it down. And we were seeing that everyday. Look, the day after the shooting out in Las Vegas, there were stories on the internet that he was a recent convert to, to, to Islam, that he was connected in some way with ISIS, that he was a big fan of Rachel Maddow, as if that's some sort of a sin. Well, all of that was totally false, but it even fooled me. I mean, I saw this thing he was recently converted to Islam and I called CBS This Morning, one of the producers, and said, “Is that right?” And she said, “No.”

SCHIEFFER: Well, the good news about social media now, just like David Begnaud was talking how neighbors down there in Puerto Rico were connecting with each other, how they were e-mailing him and texting him and he was able to get help. But the other part is the stuff is the stuff that appears on social media does not go through the same vetting process that people used to know about and we used to trust when we had three televisions stations in every town. One newspaper.

SCHIEFFER: In 2004, one reporter in eight lived in New York, Washington, or Los Angeles. That number is now down to one in five live in one of those three cities. So in many parts of country —  we’ve lost 126 newspapers over the last 12 yeas. So in many parts of the country, it's not a question of getting biased news, it's a question of getting no news, and they're getting 67 percent of us get at least some of our news on Facebook. Again, there are great advantages there, but it's not vetted in the way that the news we used to get from newspapers and from the mainstream presented it.

KING: All right, Bob Schiffer, always good to see you in person.