Nets Tout Hillary ‘Pouncing’ on Trump for Not Denouncing Supporter

All three networks on Friday slammed Donald Trump for not denouncing a campaign supporter's “hateful rhetoric.” ABC, NBC and CBS also promoted Hillary Clinton “pouncing” and “hammering” Trump. Yet, on August 28, when Clinton blasted GOP candidates for wanting to put illegal immigrants in “boxcars,” a reference many thought to the Holocaust, the same networks did not attack the Democrat as hateful or call for condemnation.

On Thursday, a Trump supporter accused Obama of being a Muslim and incorrectly stated that he wasn’t an American citizen. This individual complained, “We have a problem in this country. It’s called Muslims.” Good Morning America co-host George Stephanopoulos opened the show by trumpeting, “Hillary Clinton pounces on what she is calling hateful rhetoric.” 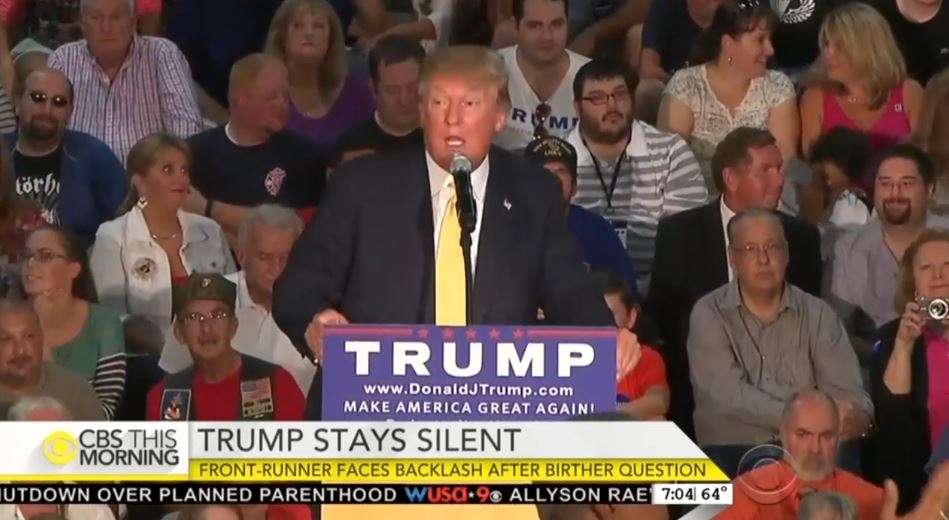 CBS This Morning co-host Charlie Rose began his program by assailing, “Donald Trump's critics are blasting him, not for what he said, but for what he did not say. One of his supporters in New Hampshire repeated a well-known lie about President Obama's faith.” Journalist Nancy Cordes made sure to quote Clinton’s tweets, too.

On the Today show, Matt Lauer grilled Republican Chris Christie about the remarks: 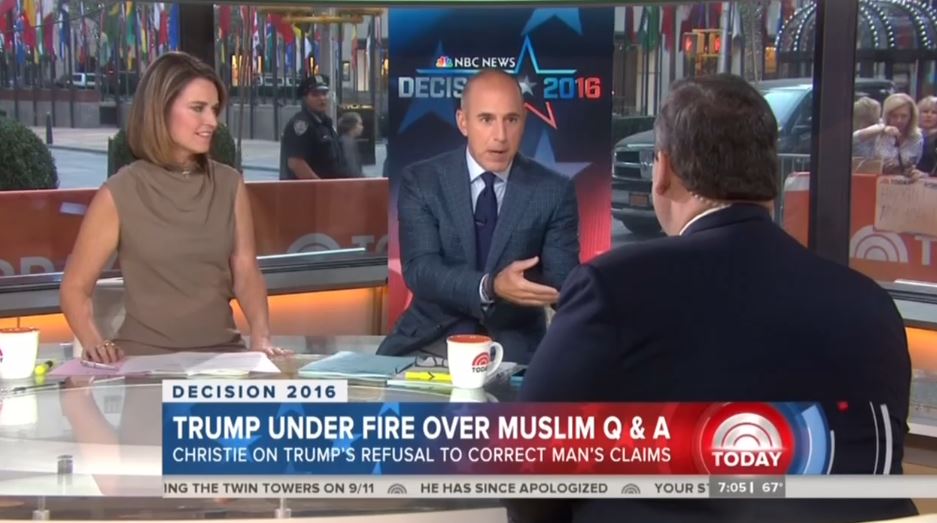 MATT LAUER: Does a candidate for president, in this case the Republican front-runner, have a responsibility to shut down a supporter when the supporter erroneously says that the President's not an American, that he's Muslim, and then goes on to say, "We have a problem in this country. It's called Muslims." Does Mr. Trump need to apologize to the President and to Muslims?

Lauer followed up by hammering, “Do you think it would be right for Mr. Trump to apologize to Muslims this morning?” Savannah Guthrie worried about the “effect this is having for the long-term prospects of the Republican Party.” 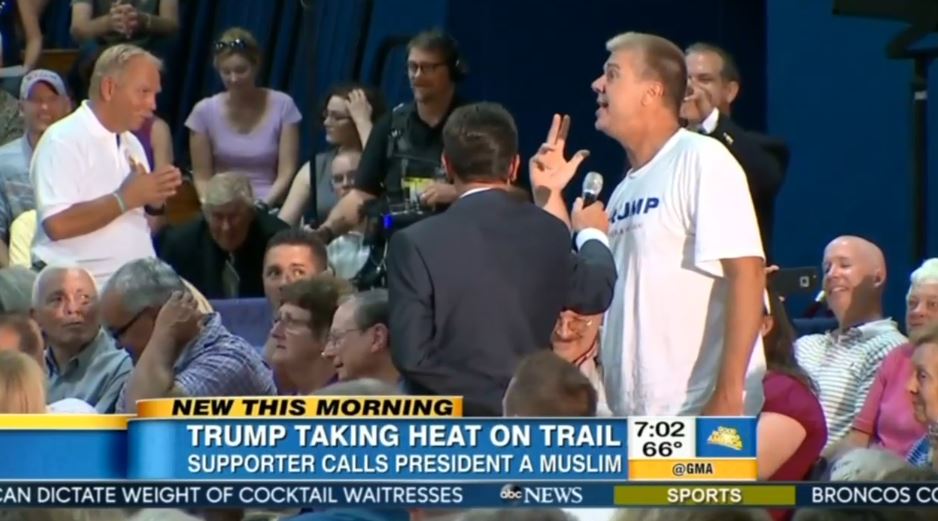 In contrast, on August 28, Clinton said that Republicans wanted to “literally pull people out of their homes and their workplaces, round them up” and put illegals in “boxcars.”

All three network newscasts that night ignored the remarks. NBC, CBS and ABC certainly did not urge condemnation. On another occasion, when Clinton compared Republicans to terrorists, the networks hyped this as “coming out swinging.”

A partial transcript of the September 18 CBS This Morning segment is below:

NORAH O’DONNELL: Democratic candidate Hillary Clinton hammered Trump for his reaction. Nancy Cordes is in Washington where the incident is a reminder of another Trump campaign. Nancy, good morning.

NANCY CORDES: Good morning. One tends to forget well before Trump was a presidential candidate, he was the poster child for the birther movement, repeatedly questioning whether the President was born here in the United States. So when that questioner at his town hall called the president a foreigner and a Muslim, Trump did nothing to correct him.

MAN: It's called Muslims. We know our current president You know he is not even an American.

TRUMP: We need this question? The first question.

MAN: But anyway, we have raining camps going where they want to kill us. That’s my question. When can we get rid of them?

CORDES: Compare that to how the GOP’s 2008 nominee John McCain handled a similar question back then.

JOHN MCCAIN: No, ma'am. He is a decent, family man citizen that I just happen to have disagreements with.

CORDES; On Thursday night, Hillary Clinton tweeting, Donald Trump not denouncing false statements about POTUS and hateful rhetoric about Muslims is disturbing and just plain wrong. Cut it out.”