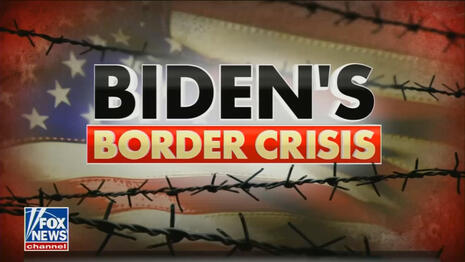 The illegal immigration influx along the U.S. southern border has worsened every month since President Biden took office, but the liberal broadcast networks have essentially stopped covering the crisis. According to the latest statistics from U.S. Customs and Border Security, encounters along the southern border rose to a 21-year high of 212,672 in July.

But while the reality along the border is worse than ever, coverage of the crisis on the ABC, CBS and NBC evening newscasts has slowed to a trickle: Just four minutes and 20 seconds for the entire month of July (including weekends), down an astonishing 96 percent from the Biden-era peak of 113 minutes in March.

And on August 12, when the terrible July border statistics were released, none of the three broadcast evening newscasts bothered to even mention them — but all three found time for the latest developments in the legal soap opera surrounding singer Britney Spears. 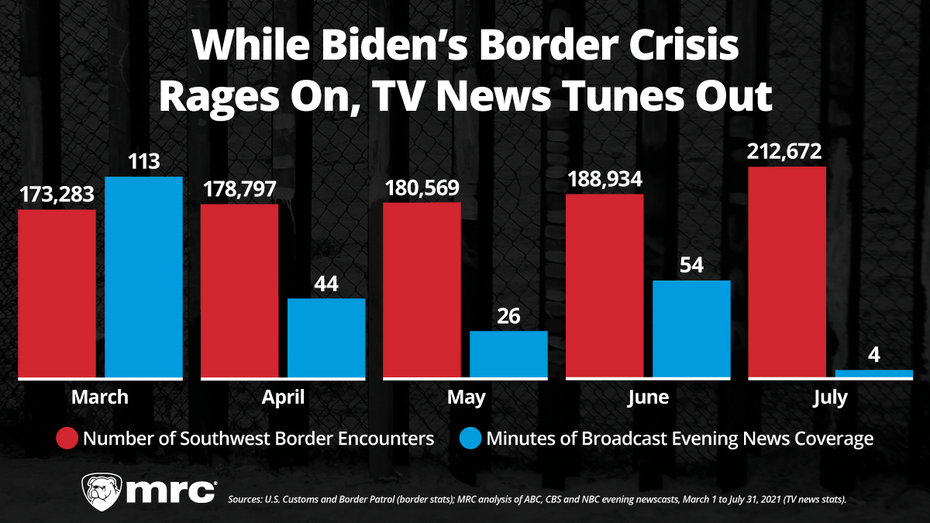 In June, evening news coverage actually rose to 54 minutes, but half of that (27 minutes) was devoted to Vice President Kamala Harris’s trips that month to Guatemala and Mexico, and then the Texas-Mexico border. Without Harris’s trip, coverage would have been about the same as in May, even as the official numbers worsened yet again.

And while the July numbers show more border encounters than any preceding month, evening news coverage has now virtually disappeared. Not even news that the Biden administration was releasing COVID-positive migrants into the community could stir the broadcast networks to action.

In July, the NBC Nightly News generated just 3 minutes, 43 seconds of border coverage, while ABC’s World News Tonight managed a mere 37 seconds. That’s still better than the CBS Evening News, which never mentioned the migrant crisis at all in July.

Since we began tracking in March, NBC Nightly News has been the most diligent in covering the border, with 107 minutes of coverage during the past five months. ABC’s World News Tonight produced just 79 minutes of coverage, while the CBS Evening News devoted just 56 minutes to the topic.