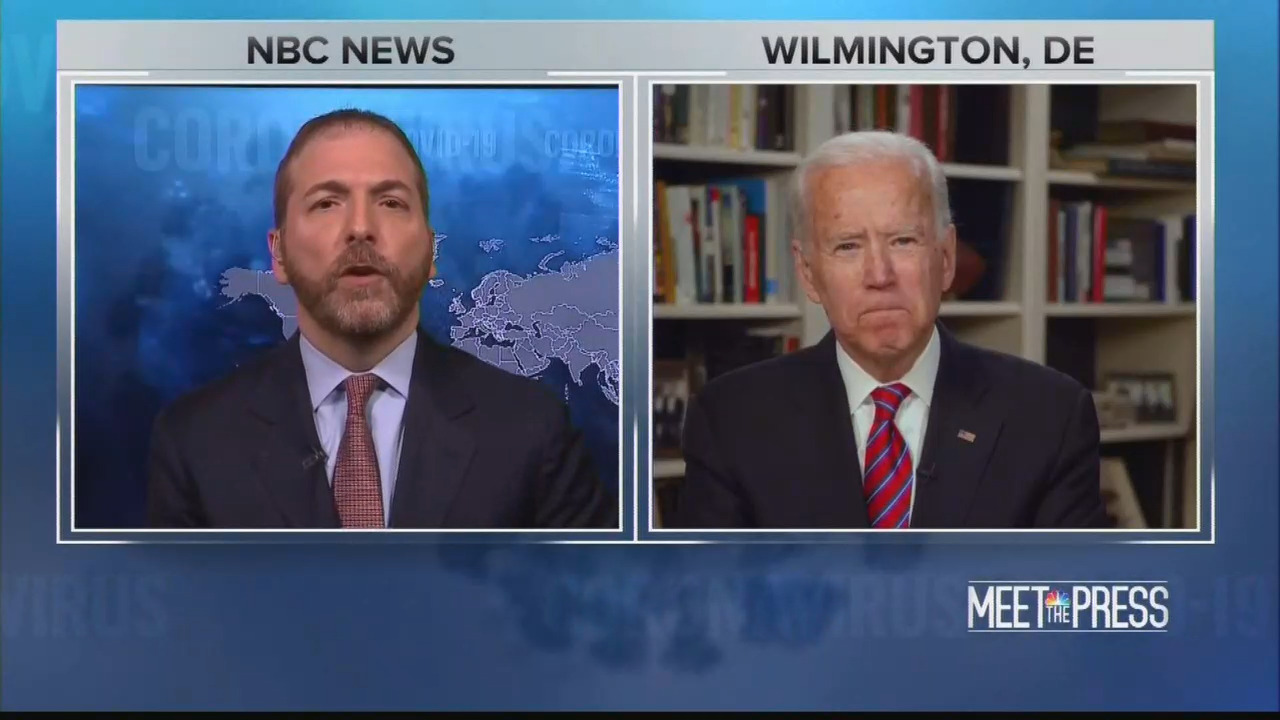 It’s been nearly a week since former Joe Biden staffer Tara Reade leveled disturbing accusations of sexual misconduct against the Democratic presidential frontrunner, and yet ABC, CBS, NBC, MSNBC and CNN haven’t said a single word about them. [UPDATE below]

While you may think that’s only because of the ongoing coverage of the coronavirus pandemic, think again: In that same time period, CNN, MSNBC and NBC have hosted Biden for a total of three interviews (including an hour-long town hall on CNN), and no host asked even a single question about these new charges.

Compare that to how those same networks raced to promote misconduct charges against then-Supreme Court nominee Brett Kavanaugh in 2018. A reminder: Kavanaugh was accused of assaulting Christine Blasey Ford at a high school party in 1982; she talked about the alleged incident publicly for the first time when Kavanaugh’s nomination was before the Senate. Kavanaugh completely denied the accusation.

But in the twelve days following the first reports of Ford’s claim, the ABC, CBS and NBC morning and evening news shows churned out 305 minutes of coverage. Only a scant amount of that airtime — less than five minutes — mentioned that none of the witnesses named by Ford would confirm her story.

Besides the broadcast networks, CNN and MSNBC dished out uncounted hours of coverage, all based on the premise that Ford was telling the truth and that Kavanaugh was a guilty liar.

Fast forward to today: Reade says Biden assaulted her while she worked for the then-Senator as a staffer in the early 1990s (more recently than the charges against Kavanaugh, and when Biden was a Senator, not a high-school student). Reade only talked about the incident publicly for the first time in a podcast released last Wednesday. Like Kavanaugh, Biden has completely denied the accusation.

Here’s how the website Vox summarized the charges against Biden in a March 27 article: “In an interview with podcast host Katie Halper, which aired Wednesday, Reade says Biden sexually assaulted her, pushing her against a wall and penetrating her with his fingers. When she pulled away, she says, he said he thought she ‘liked’ him.”

A March 26 update to an earlier article at The Intercept about Reade’s futile quest to get help from the lawyers at the Time’s Up Legal Defense Fund (they claimed assisting in action against a candidate such as Biden would threaten their non-profit status) included this:

At the time, she told her mother, brother, and a friend who worked in Sen. Ted Kennedy’s office about the incident. Her mother has since passed away, but both her friend and brother told The Intercept they recalled hearing about it from her at the time.

The Intercept also made it clear that Reade, a Bernie Sanders supporter, was “conflicted” at going public because it might help President Trump:

Reade said that she was deeply conflicted about continuing to come forward, given that Biden’s opponent in the general election is someone she sees as far worse politically. “I don’t want to help Trump. But what can I do?” she said. “All I can do is stand on my truth.”

Reade has since given an on-camera interview to The Hill’s Rising online program. Host Krystal Ball, a former host on MSNBC, explained: “I thought Tara deserved a full vetting and a fair hearing from a mainstream outlet.”

Out of 41 total questions, Biden didn’t face a single one about his new accuser — not exactly the Kavanaugh treatment. Instead, hosts like NBC’s Todd invited Biden to trash his GOP opponent’s response to the coronavirus outbreak: “Do you think there is blood on the President’s hands?”

This isn’t the first time Biden has faced misconduct allegations. Last year, the ABC, CBS and NBC evening newscasts gave 26 minutes of coverage to complaints from other women that Biden had touched them inappropriately (though not sexually). But — helpfully for the candidate — the coverage faded once Biden officially declared: Just 92 seconds that week, and nothing since.

Writing in The Guardian’s “This Week in Patriarchy” column, Arwa Mahdawi accused liberals of turning a “blind eye” to Reade’s story:

Reade’s story may be impossible to verify, but this is the case with the vast majority of sexual assault allegations. It is nearly always a case of “he said, she said”....You know who has talked publicly about the importance of taking women seriously? Biden. During the Brett Kavanaugh hearings, Biden stood up for Dr. Christine Blasey Ford, noting: “For a woman to come forward in the glaring lights of focus, nationally, you’ve got to start off with the presumption that at least the essence of what she’s talking about is real.”

Given the eagerness with which the liberal media have found the time to publicize charges at least as serious as those against Biden, it does seem like a double standard is at play. 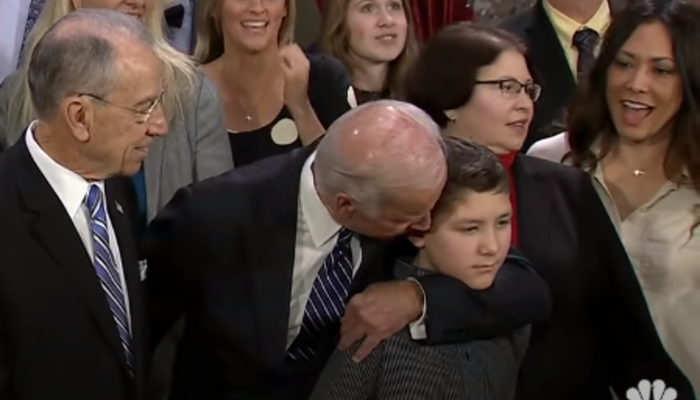 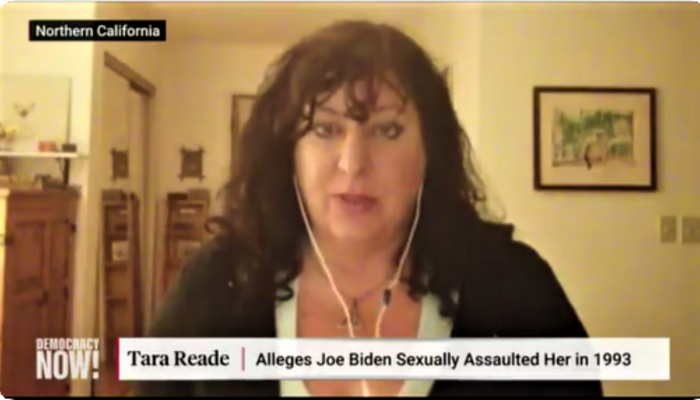 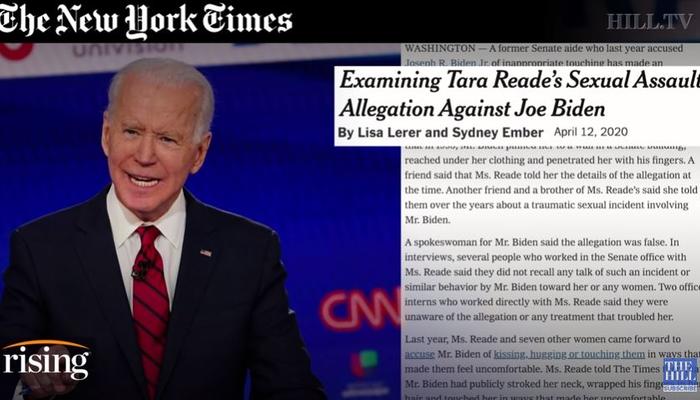