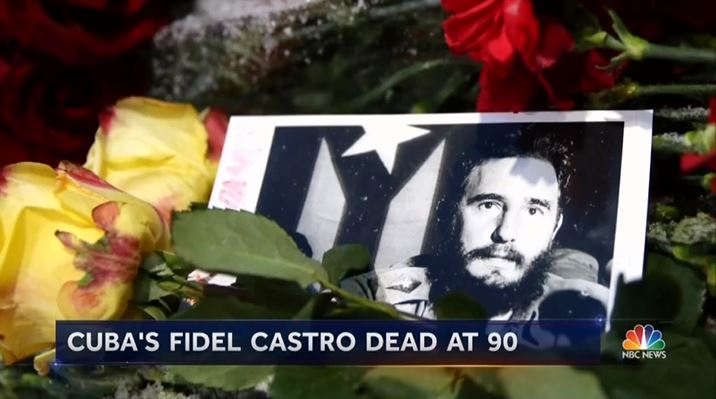 In her 2003 book, Useful Idiots: How Liberals Got it Wrong in the Cold War and Still Blame America First (Regnery Publishing), conservative writer Mona Charen offered an excellent juxtaposition of the horrors of the island prison Fidel Castro established with the fawning treatment he received from American journalists.

Written after the collapse of the Soviet Union and the opening of the archives of the once totalitarian Eastern Bloc, Charen’s book establishes the foolish and naive thinking that Western liberals — including many journalists — employed in their attempt to sugarcoat the realities of communism, including in Cuba.

NewsBusters has already published, with video, a package containing some of the worst quotes from the past 30 years; the latest edition of Notable Quotables includes the worst of the liberal media’s eulogies for the Cuban dictator since his death was announced November 25.

But Charen’s book offers many details about the gruesome realities of living in these communist police states, underscoring how utterly indefensible it was — and still is — for the liberal media to credulously cite Cuban government propaganda as fact.

Here is a short excerpt from Charen’s book (pages 179-183 in the hardcover edition I have), embellished with a few clips from the MRC’s video archive that match up with some of the journalists she quotes. If you’re interested in Charen's entire book, you can find it on Amazon. 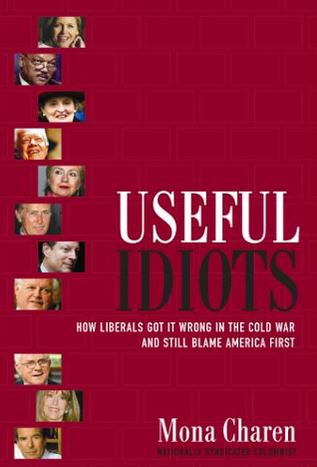 Soon after Castro took power in Havana, labor leaders and newspaper editors (including those who had vigorously opposed [ousted dictator Fulgencio] Batista) were exiled or arrested. Religious schools and universities were closed.

Poets, artists, and intellectuals who did not acknowledge that “the revolution is all; everything else is nothing” were persecuted. Many left the country, others were imprisoned. Torture, malnutrition, and execrable living conditions characterized Castro’s jails. Prisoners were tortured with sleep deprivation (a Soviet import), beatings, denial of medical attention, being forced to climb a flight of stairs with weighted shoes and then being thrown down the stairs to climb again, and exposure to extreme heat. Almost as if taking a leaf from George Orwell’s 1984, the Communists would sometimes play upon their prisoners’ phobias. A woman with a fear of insects was placed in a cell infested with cockroaches.

Cuba has been an island prison since 1959, but living conditions plunged even further after the demise of the Soviet Union. Without the USSR’s infusion of $6 billion per year, ordinary Cubans have endured a downward spiral. As Richard Grenier reported after a visit during the early 1990s:

Cubans have no soap, no detergent, no cooking oil... hardly any meat, or chicken or fish... [and] only one tiny loaf of bread a day. Absolutely everything is rationed, and just because your ration book says you’re entitled to something doesn’t mean much. Stores are empty. Electrical power has been cut by half. Cuba has blackouts, no air conditioning, no night baseball, no gasoline for busses, almost no cars, and few bicycles. Oxen till the fields. Even new windmills have broken down for lack of spare parts. It’s been many years since Cuban women have had sanitary napkins. They use rags.

Still, when the NBC Today show with hosts Bryant Gumbel and Katie Couric visited Cuba in 1992, they mouthed some of the chirpy nonsense that has always characterized liberal views of Cuba. Ms. Couric made approving noises about the “terrific health-care system” and praised the standard of living as “very high for a Third World country.” In point of fact, Cuba’s standard of living fell relative to other Caribbean nations after Castro’s coup. A nation that had been among the wealthiest in Latin America took its place among the poorest. The people of Mexico, Jamaica, the Dominican Republic, and Colombia enjoyed higher standards of living than Cubans.

If nothing else, the Cuban revolution has eliminated abject need. The cost may be generalized poverty and zero political pluralism, but, even with shortages, there is no starvation here. Education and medical care are assured for all. And unlike in most of Latin America, you don’t see naked or even shoeless children in the streets. When Castro speaks of the need to defend the gains of the revolution, he means a level of social welfare rare in the underdeveloped world.

Time magazine’s Cathy Booth chimed in with, “Young Cubans increasingly see themselves as the last idealists in a world that cares only about money.... Ninety miles away in Miami, Cuban émigrés wish for Fidel’s imminent collapse, but the island’s university students who volunteer to take a two-week ‘vacation’ in the fields don’t see trouble brewing in Paradise.”

Another example: Kathleen Sullivan, the host of CBS This Morning, told millions of Americans in 1988 that “Now half of the Cuban population is under the age of twenty-five, mostly Spanish speaking, and all have benefited from Castro’s where their health and their education are priorities.” On another occasion Sullivan mentioned Cuba’s “model health care system.” Peter Jennings quite often found reasons to praise Cuba. In 1989, as the rest of the communist world was reaching eager hands toward freedom, Jennings continued to laud the “accomplishments” of Castro’s Cuba. “Medical care was once for the privileged few,” Jennings told ABC viewers, “today it is available to every Cuban and it is free. Some of Cuba’s health care is world class. In heart disease, for example, in brain surgery. Health and education are the revolution’s great success stories.”

This canard has been repeated more often than the notion that Mussolini made the trains run on time. But when Castro goes, the truth will come out. The vaunted Cuban health care system will be revealed for what it is: a two-tiered system in which the elites, party members, Castro’s inner circle, and cash-paying “health tourists” from Europe and elsewhere receive quality care whereas the ordinary Cuban settles for long waiting lists, poor supplies, shortages of necessary medicines, and crumbling clinics.

The credulity of American reporters in Cuba — even to the present day — is staggering. They accept, at face value, the government’s claims about health and literacy. But as we have seen in the case of the Soviet Union, Communist governments do not just inflate their statistics, they invent them.

Part of what the children talked about was their fear of the United States and how they felt that they didn’t want to come to the United States because it was a place where they kidnap children, a direct reference of course, to Elian Gonzalez. The children also said that the United States was just a place where there was money and money wasn’t what was important. I should mention, Peter, that... as you talk about the global community, Cuba is a place because of the small numbers of computers here — in the classrooms we visited yesterday there were certainly no computers and almost no paper that we could see — this is a place where the children’s role models and their idols are not the baseball players or Madonna or pop stars. Their role models are engineers and teachers and librarians — which is who all the children we spoke to yesterday said they wanted to be.

If some hint of scorn might be detected about the indoctrination that these kids had obviously endured on the subject of Yanqui kidnapping, it was muted. (Elian Gonzalez, of course, was not kidnapped, but fled to the United States with his mother.) The American audience was expected to accept that, in contrast to the crass American adulation of pop stars and athletes, Cuban children spontaneously express their admiration fo engineers, teachers, and librarians. This is a hardy perennial. In the 1930s, it was said that Soviet workers spontaneously hailed “Stakhanovite” workers. (Alexei Stakhanov was a Russian coal miner who supposedly performed great feats of productivity. Stalin used him as a model for all Soviet workers. As it turned out, the Stakhanov story was a fraud. No surprise there.) As for the shortage of computers and even paper — well, “money isn’t what’s important,” though if Ms. McFadden were reporting on an American school (or a school in a nation allied with the U.S.) Found to be so ill equipped, it would surely have been reported as a scandal, not as evidence of a more enlightened, nonmaterialistic ethic.

Jennings added his own benediction. “From the Cuban point of view, as everybody knows I guess, education and participation in the Third World are very much what Cuba has stood for, at least in the developing world.” On April 3, 1989, Jennings summed up Castro’s thirty years of dictatorship by declaring, “Castro has delivered the most to those who had the least. And for much of the Third World, Cuba is actually a model of development....Education was once available to the rich and the well-connected; it is now free to all. On January 1, 1959, when the Cuban dictator [Fulgencio] Batista left the country for good, only a third of the population could read and write. Today the literacy rate is 97 percent.”

Jennings comfortably identified Batista as a dictator, but somehow that word has never crossed his lips regarding the man who has held power for forty-four years without an election. Jennings, like so many others who ought to know better, continues to accept uncritically the official government statistics provided by the Castro regime.

Castro's funeral is tomorrow, giving the news media one last chance to get it right on Cuba and the horrors of the totalitarian regime on America's doorstep.