So Much for the Honeymoon: CBS Crime Drama Takes Jab at Just-Elected Donald Trump 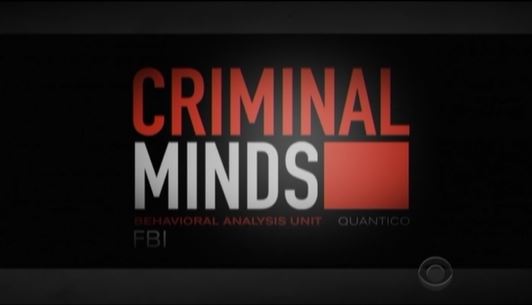 Less than 24 hours after CBS and the other networks declared that Donald Trump had been elected president, one of their prime time crime dramas took a thinly-veiled jab at the new President-elect, as [spoiler alert!] a homicidal teenager justifies his murders of entire families as a way to punish high school bullies by citing “some politicians” who say “the best way to handle terrorists is to take out their whole families.”

That’s a clear echo of what Donald Trump told CBS’s John Dickerson on Face the Nation last December. Talking about terrorists, Trump asserted: “They say they don’t mind dying. I think they do mind dying. But I can tell you this, they want their families left alone. We have to stop terrorism.”

In Wednesday’s episode of Criminal Minds, a group of high schoolers who are victims of bullying form “The Anti-Terrorism Squad” to help each other cope with bullies in their class. Then “Kyle,” one of the group, begins invading the homes of his bullying classmates, shooting to death the parents and siblings but leaving the bully to deal with the grief and anguish of having their family massacred.

About 40 minutes into the hour-long episode, “Kyle” and his fellow group member “Zach” are driving when “Kyle” launches into a self-justifying speech about how it’s okay to kill entire families, citing how “some politicians” say it’s “the best way to handle terrorists.”

“Zach” is appalled: “That’s messed up!” he exclaims. “Nobody’s family deserves to die like that, not even the families of real terrorists!”

According to the TV Web site Inquisitr, CBS had originally planned to air this episode on November 2, the final Wednesday before the election, but delayed it a week so that it wouldn’t compete with the much-watched final game of the World Series.