How the Media Rich Get Richer: TV News Obsesses Over Trump, Ignores Other Candidates 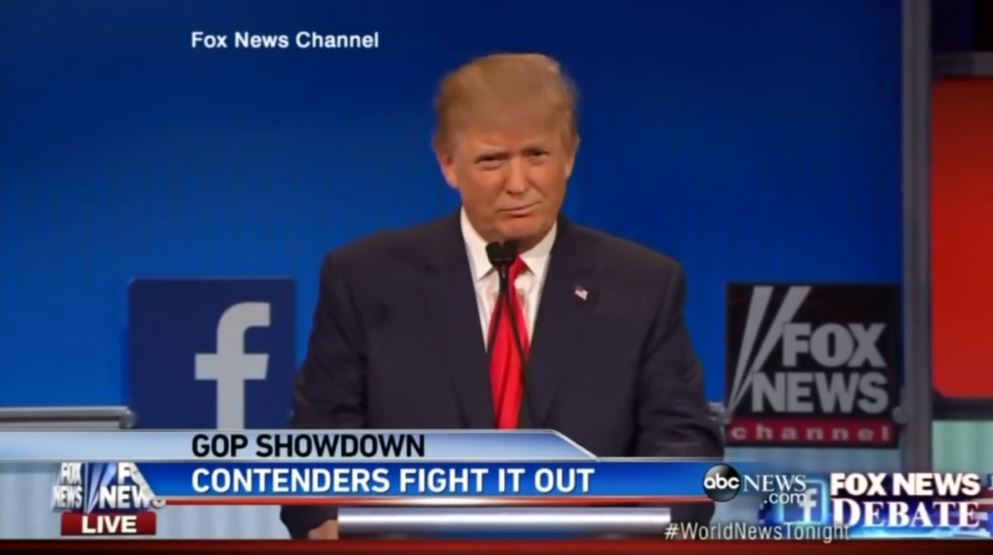 Two weeks after the first GOP presidential debate of Campaign ’16, the broadcast networks continue to obsess over Donald Trump to the near-exclusion of the other sixteen Republican presidential candidates.

An MRC analysis of the ABC, CBS and NBC evening news broadcasts during the two weeks prior to the August 6 debate (including weekends) found Trump accounted for 55% of all GOP candidate airtime. After the debate, Trump’s share of the coverage rose even higher, to an astonishing 72% of all GOP airtime.

The networks even found Trump more newsworthy than Democratic frontrunner Hillary Clinton, who received a total of 40 minutes of coverage from August 7-20. Even as the FBI took custody of Clinton's private e-mail server on August 12, the networks failed to find the classified information scandal surrounding the ex-Secretary of State as newsworthy as Donald Trump's controversial comments. The broadcast networks spent 29 minutes pouring over controversial comments from Trump (about illegal aliens, women, John McCain and Fox News debate moderator Megyn Kelly), vs. 26 minutes on Clinton's e-mail scandal.

These findings are based on an ongoing MRC study of how the broadcast evening newscasts are covering the 2016 presidential campaign. Since January 1, ABC’s World News Tonight, the CBS Evening News and NBC Nightly News have aired a combined 413 news stories on the 2016 presidential campaign, including 306 full reports, 77 brief anchor-read items, and 30 stories that mentioned the campaign in passing.

If the other Republican candidates had hoped that the highly-viewed Fox News debate on August 6 would lead to result in greater news coverage of their candidacies, the post-debate reality is that the coverage has become even more lopsided.

Even on August 17, the day Trump left the campaign trail to report for jury duty, the three evening newscasts churned out 4 minutes, 49 seconds of coverage of his campaign: more in that one day than any of his rivals other than Jeb Bush have received in the two weeks since the GOP debate.