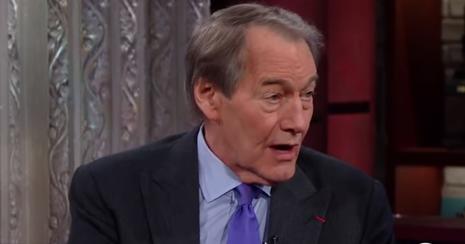 The creepy details of alleged sexual harassment by disgraced CBS journalist Charlie Rose just keep coming. Now, the Bloomberg company has been ensnared in just what the ex CBS This Morning co-host was doing.

Even though it’s been three years since the #MeToo movement burst onto the public scene, the latest fallout is a new complaint filed in New York state against Rose and the Bloomberg LLP company.

According to an article posted on Wednesday by Eriq Gardner, a senior editor for The Hollywood Reporter:

More than two years after Charlie Rose lost his prominent perch on television after numerous women accused him of sexual harassment, a couple of his accusers are now suing Bloomberg LLP.

If those names sound familiar, Gardner stated, it’s because those are the same women who already sued CBS News and Rose himself over his sexual shenanigans. “Harris and McNeal have already settled with CBS while their action against Rose is ongoing,” Gardner noted. The former anchor has already admitted to having “inappropriate” relationships in the workplace.

Harris was an associate producer, and she claims that Rose would often summon her into the corporate offices and require her to sit next to him. "On at least one other occasion,” she stated, “I was wearing a skirt and, after I sat down on the bench, Rose sat down and intentionally slid his hand under my buttocks," Harris declared in an affidavit. "Bloomberg allowed Charlie Rose to repeatedly and unlawfully sexually harass at its studios and elsewhere," the complaint states.

However, the reporter noted, the question remains: “Just whose workplace?” Gardner then noted: “Rose owned his own independent production company, but he operated within Bloomberg's New York headquarters.” In addition, the reporter stated, “much of the backend operations for Rose's company, including payment and benefits, were handled by Bloomberg.”

He added that this new allegation is “almost certain to be hotly disputed” because Harris and McNeal say they were jointly employed by both Rose and Bloomberg.

Gardner also stated: “This is the second time that Bloomberg has been sued over Rose's conduct. Last September, the company was also sued by his longtime makeup artist who … witnessed him harass women in the workplace for more than 20 years and … was denied severance when his show was canceled.”