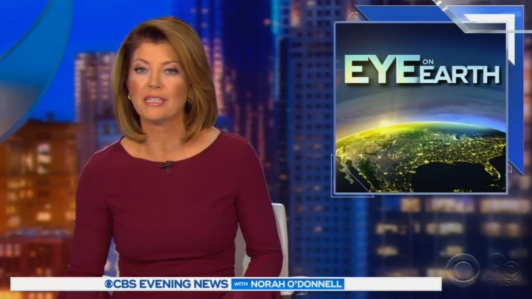 It’s been a long time since the executives at CBS News have had something to cheer about in the ratings, and that trend continues despite the replacement of previous Evening News anchor Jeff Glor with the liberal Norah O’Donnell.

In addition, the network is paying O’Donnell at least $7 million per year, much more than the $2 million Glor received during the 18 months he sat in the anchor chair. According to an article posted on Sunday by Alexandra Steigrad, a media reporter for the New York Post, the “big bet” on hiring O’Donnell “is beginning to look iffy.”

The former CBS This Morning host [hired] by CBS News boss Susan Zirinsky to revive the perennially third-ranked newscast ... is getting hammered in the ratings worse than her predecessors did.

In the last week alone, O’Donnell’s total viewers plunged 17 percent to 5.1 million, according to Nielsen. Among viewers in the crucial demographic ages 25 to 54 that’s coveted by advertisers, the drop was a heart-stopping 25 percent.

As if that news wasn’t grim enough, Steigrad noted that the slide “has steadily accelerated during the past month, with weekly ratings in the key age group falling between 20 and 29 percent versus a year ago.”

The media reporter called the situation “a troubling sign for CBS, whose evening newscast has been stuck in third place since the tail end of Dan Rather’s tenure.

For the next two weeks (the weeks of July 29 and August 5), O’Donnell continued to lose viewers in the double digits from the show’s year-over-year each week. “Compared to the same week in 2018, ABC was +3% in total viewers, NBC was -6% in total viewers, while the CBS Evening News with Norah O’Donnell struggled yet again, -12% year-over-year,” TVNewser reported for the last week in July.

“CBS Evening News was -11% year-over-year,” TVNewser said of the first week of August.

According to the New York Post, Zirinsky quickly released a statement that the executives at the network are “extremely pleased with how quickly the CBS Evening News With Norah O’Donnell has established itself as a must-see destination for exclusive reporting and investigative journalism.”

“We’re just getting started,” the executive added, and “ratings are not the sole measure at this time.”

Also, a “source close to CBS” said top brass are “giving the fresh-faced 45-year-old time to acclimate” -- referring to her tenure as a White House correspondent, her experience reporting around the world and the curious notion that she “reads off the teleprompter well.”

During the 2018-19 season, she noted, CBS Evening News sank six percent to an audience of 5.8 million through the middle of last month, and “the decline has gotten worse with O’Donnell’s arrival.” When the new anchor debuted on July 15, the broadcast celebrated the 50th anniversary of the moon landing, and O’Donnell interviewed celebrities Caroline Kennedy and Jeff Bezos.

As NewsBusters reported in mid-July, the new CBS anchor got off to a rough start while a guest on CBS's Late Show With Stephen Colbert. That evening, she proudly quoted Walter Cronkite as stating: “Journalism is what we need to make democracy work.”