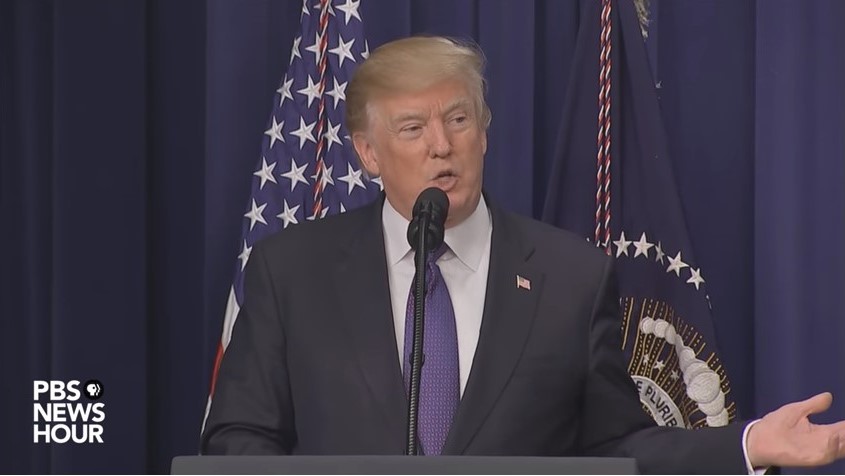 A common complaint from people in the “mainstream media” is that President Trump gives special access to correspondents at the Fox News Channel while slamming other outlets as “the enemy of the people” because they produce “fake news.”

But an article by Politico editor-in-chief John Harris undercuts the anti-press narrative. Harris stated that behind the scenes, Trump “arguably has the most frequent, most informal and most sustained personal interactions with reporters and commentators of any president since the days of (President John F.) Kennedy and (then-Newsweek reporter Benjamin) Bradlee” in the early 1960s.

The editor also quoted Peter Baker of the New York Times -- who has covered four presidents -- as stating that Trump is “clearly the most hostile president toward the press since (37th President Richard M.) Nixon.”

Nevertheless, Baker added, he currently has “the most access to Trump of any president I’ve covered,” and sometimes the phone calls are “initiated by Trump.”

“He wants to interact with reporters,” the Times correspondent said. “He can’t stop himself from wanting to engage.”

The media figures Trump talks to informally go beyond his well-documented phone calls with sympathetic commentators like (Sean) Hannity and Lou Dobbs.

His media roster includes regular, if less-publicized engagement with beat reporters and executives at the New York Times, the Washington Post and, on occasion, Politico.

Harris paints a picture at odds with the caricature of a man doesn't read anything. Some reporters, Harris noted, “describe being called by Trump at bars and cable television studios,” and those conversations reflect his “keen awareness” of “individual personalities in the sea of beat reporters covering him and a fixation on key figures at powerful news organizations.”

He’s quizzed some reporters on their romantic lives. He knows what book projects are underway by various Washington reporters, is participating in several of them and soaks up intelligence of what the books are likely to say. (He gave an interview to Politico’s Jake Sherman and Anna Palmer for a book to be released this spring, and another to Politico’s Tim Alberta for one to be released in the summer.) While Trump has kept his distance from the Washington social scene—he rarely goes out except to dinner at his own nearby hotel—he is often current on the gossip that flows in these settings.

The main theme of presidential conversations, of course, is not social frivolities but the same subject that animates Trump on Twitter and in public remarks: what a great job he believes he is doing, and his conviction that he is not getting enough credit.

In all these conversations, Trump toggles back and forth between on-the-record, on-background, and off-the-record—betraying a fluency with reportorial rules of engagement that is more typically found in operatives than in principals. Those who cover the White House say they often perceive that Trump— if he could—would shed the restraining influences of schedulers and handlers and do even more direct outreach with journalists. This is a president, after all, who not that long ago used to call reporters at the Page Six gossip column several times a week to share tips or try to shape items, according to veterans of the New York Post.

In the case of mainstream media reporters, Trump’s ability to shape a narrative with targeted interviews and background conversations is “small relative to the way his own daily Niagara of tweets and flamboyant public statements already shapes his coverage.”

During a recent Times interview, the Politico editor noted, Trump complained that as a kid from Queens who became President, “I’m sort of entitled to a great story” from his hometown paper. “Above all, the President likes to talk with people who are interested in the same subject he is: Trump.”

One reporter compared the president to a dog. “It’s not that his bark is worse than his bite,” said another reporter who has covered Trump at close range, “He doesn’t really want to bite at all. He wants to be petted.”