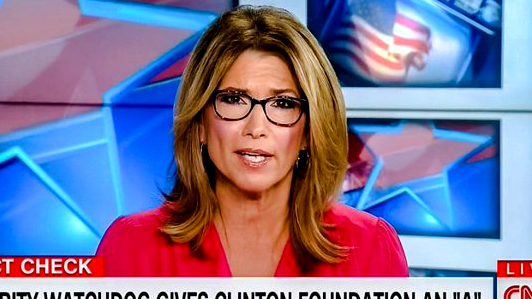 According to a report by Carol Costello of the Cable News Network, a theme park called the Ark Encounter that is being built in rural Williamstown, Kentucky, is generating controversy because the openly Christian facility has received $18 million in tax breaks from the state government.

This is an inappropriate clash of religion and state, Costello claims, especially since employees at the park are required to sign a “Statement of Faith” disavowing same-sex marriage, premarital sex and adultery. They must also believe in Genesis and Jesus Christ.

The video begins like a travelogue with a happy comment from Ken Ham, president and CEO of Ark Encounter, who says that the facility “is much more than we ever imagined.”

Costello then notes that Ham is speaking about “a Noah's Ark smack in the middle of rural Williamstown, Kentucky.”

“The ark is biblical in size, and I mean that literally: 510 feet long, 85 feet wide, eight stories high,” she notes before asserting: “Inside, seriously, it is awe-inspiring.”

“This is the most authentic recreation of Noah's Ark in the world,” Ham states.

At that point, the tone of the report begins to grow more skeptical when the reporter asserts that “Ham runs a Christian ministry dedicated to spreading creationism, a literal interpretation of the book of Genesis.”

“He believes God created the Earth in six days and six nights,” she continued, “and rejects scientific evidence that the Earth is 4.5 billion years old.”

Costello then asks Ham: “This isn't an evangelical tool, the Ark?”

“Like Disney World, Ark Encounter is a for-profit park,” she continues before Ham indicates: “We didn't build this to be just entertainment like Disney. We built it for a religious purpose. Otherwise, we wouldn't have built it.”

“The state of Kentucky is on board,” Costello states, “ready to fork over $18 million in sales tax incentives for a little economic salvation.”

On the screen appears a headline from an edition of the Lexington Herald-Leader: “State awards $18 million tax break to Noah's Ark theme park.”

“I think it's going to bring interest into the town,” notes Joyce Robbins of the Webster's Woodworking business there. “How could that not be the perfect solution for rebuilding our community?”

However, Costello then grumbles: “Kentuckians eager for work have applied at Ark Encounter, but there's a catch: Ark employees must sign a 'Statement of Faith'” in order to be hired.

“Those who do not believe in Christ are subject to everlasting punishment, but believers enjoy eternal life with God,” Ham notes.

The CNN reporter then asks: “So Jewish people, no?”

“If people have put their faith and trust in the Lord, Jesus Christ, they -- ,” Ham said before Costello cuts him off.

“Well, if they're Muslims, they certainly don't believe that Jesus Christ is the Son of God,” Ham states.

The report then moves to Bob Fox, pastor of the Faith Baptist Church, who states that his congregation has “about 600 people.”

“So you're a pastor and a taxpayer?” Costello asks.

“Yes on both counts,” Fox responds.

“What do you think of Ken Ham's Ark project?” the reporter asks.

“I believe as a Baptist in the separation of church and state,” the pastor replies, “and I don't think that the state ought to be involved in promoting any particular religious views.”

There are kinds of laws called sharia, where people have used legislation and the government to promote a religious faith.

“That doesn't bother Kentucky's new Republican governor, Matt Bevin,” Costello states while the text on the screen reads: “Our administration does not discriminate against any worthy economic development project that could have positive benefits for all Kentuckians.”

“Ham is predicting up to two million visitors a year, and that would certainly answer some of Williamstown's prayers,” she concluded.

However, a poster at The Right Scoop website had a different perspective:

But that’s the angle CNN is obviously taking with this piece. … Despite all this, it’s a good thing Matt Bevin is the governor. He totally understands what’s really at stake here and is doing what any good governor does, incentivizing businesses to bring jobs to their citizens.

“Oh, and I should note," the poster stated, "for all the controversy they suggest this is generating, they sure didn’t show much of it in their segment -- which makes me wonder if they are trying to generate most of the controversy themselves."