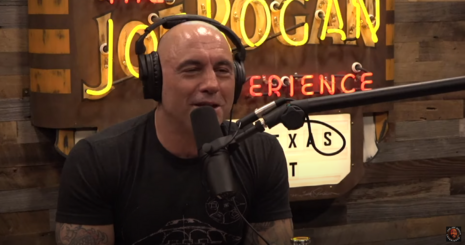 This is it NewsBusters listeners! It’s the final NewsBusters podcast hosted by the night crew while Tim Graham is away. Negotiations went well with the cicadas and we’ll be having him back on Monday.

I just and to say that Curtis Houck and I have had a blast entertaining you while keeping you up to date on what’s been happening in the liberal media. And we’ll be back occasionally as guests on the Wednesday podcast. With that being said, thank you for listening! We’ve really appreciated your comments.

In this episode of the podcast, we started off discussing prolific podcaster Joe Rogan blasting CNN media janitor Brian Stelter for his bootlicking interview with White House Press Secretary Jen Psaki. Both Rogan and guest Kyle Kulinski of YouTube fame also roasted CNN for thinking they were entitled to viewers and trying to censor their competitors.

From there, Curtis led us in a discussion about MSNBC’s demands that the right never talk about Juneteenth. Joy Reid and other bad-faith actors in the liberal media have insisted that not only do conservatives want to ban critical race theory in schools (which is true), but they want to ban any and all discussion of Juneteenth (not true) and slavery (which is also not true). But with the liberal media that we have, there won’t be any consequences for these strawmen.

After the break, we’re joined by MRC Latino’s Jorge Bonilla as he walks us through the Univision clown show story he’s meticulously reported on over the last few days. He tells us about going toe-to-toe with a Univision anchor and proving them wrong and how the White House damaged the network's reputation.

Listen below or wherever you get your podcasts.