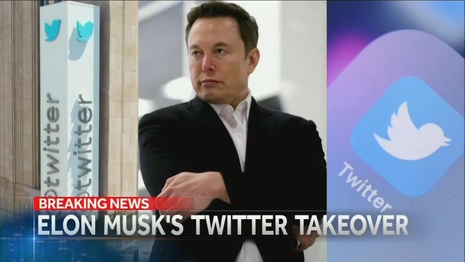 Twitter’s top lawyer, Vijaya Gadde apparently broke down crying during a meeting with staff on Monday after news of billionaire Elon Musk’s acquisition of the company broke, according to a Tuesday report from Politico. This is the same lawyer who decided to crackdown and purge the Hunter Biden laptop story before the 2020 election and to ban former President Trump from the platform. And she had the admiration of Politico.

Putting it bluntly, reporters Emily Birnbaum and Betsy Woodruff wrote that “Monday was an emotional day at Twitter — even for its executives.”

“[T]op Twitter lawyer Vijaya Gadde called a virtual meeting with the policy and legal teams she oversees to discuss what the new ownership could mean for them,” they reported. “Gadde cried during the meeting as she expressed concerns about how the company could change, according to three people familiar with the meeting.”

One of the sources was brave enough to put their name to his comments. “Twitter spokesperson Trenton Kennedy said Gadde became emotional when discussing her team’s impact and the pride she feels in them,” the duo added.

Politico also seemed to laud Gadde for the work she does at Twitter, including “negotiating the deal between Twitter and Musk,” kicking Trump off the site, and cracking down on the Hunter Biden laptop story:

She has shepherded Twitter through some of its most contentious political battles, including the decisions to remove all political advertising and to boot former President Donald Trump from the platform in the wake of the Jan. 6 attack on Capitol Hill — a position that has earned her devoted fans within Twitter, as well as a large contingent of right-wing critics.

Gadde holds one of the most controversial positions at Twitter: Her teams decide how to moderate content. That’s made her a target of right-wing criticism, particularly when Twitter blocked the distribution of a New York Post article about President Joe Biden’s son, Hunter Biden, in 2020. She faced a renewed wave of criticism after multiple reports confirmed she was behind the decision to ban Trump from Twitter.

Birnbaum and Woodruff reported that Twitter’s “policy and legal employees fretted at the meeting about what [Musk’s] leadership could mean for Twitter’s carefully crafted online speech rules, including its policies against hate speech, misinformation and even political advertising.”

They also framed Gadde as the one who would be standing in the breach against “the world’s richest man.” “Gadde herself has advocated strongly for ensuring that Twitter’s policies protect its most vulnerable users while protecting free expression — a position that is at odds with Musk’s,” they wrote.

The article concluded with gushy, tweeted praise for Gadde from her co-workers and condemnation of Musk from the CEO of a “progressive tech advocacy group.”