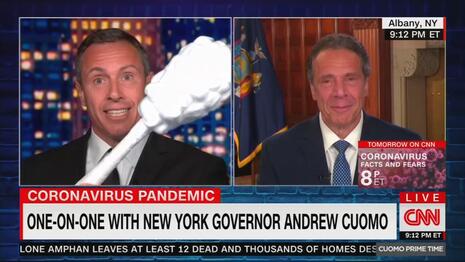 On Monday, newly released investigative documents from the New York Attorney General’s office further exposed just how early and involved CNN Prime Time host Chris Cuomo was working with his brother, Governor Andrew Cuomo’s office to cook up public statements in response to his sexual misconduct scandal, and exploit his sources to dig up leads on accusers and then-upcoming stories about them. He even begged the then-governor’s aides “You need to trust me” for his brother’s career to be saved.

As NewsBusters previously reported back in August, Chris had lied to his viewers about his role in crafting his brother’s public responses to the allegations against him. “I'm not an advisor,” he said at the time. “I wasn't in control of anything. I was there to listen and offer my take and my advice to my brother was simple and consistent.”

But the text chain between him and top aide Melissa DeRosa betrayed his mendacity. In early March, he pleaded with DeRosa: “Please let me help with the prep.” A few days prior, the Governor’s executive office apparently butchered the statement Chris wrote for them in an e-mail and offered up another one. 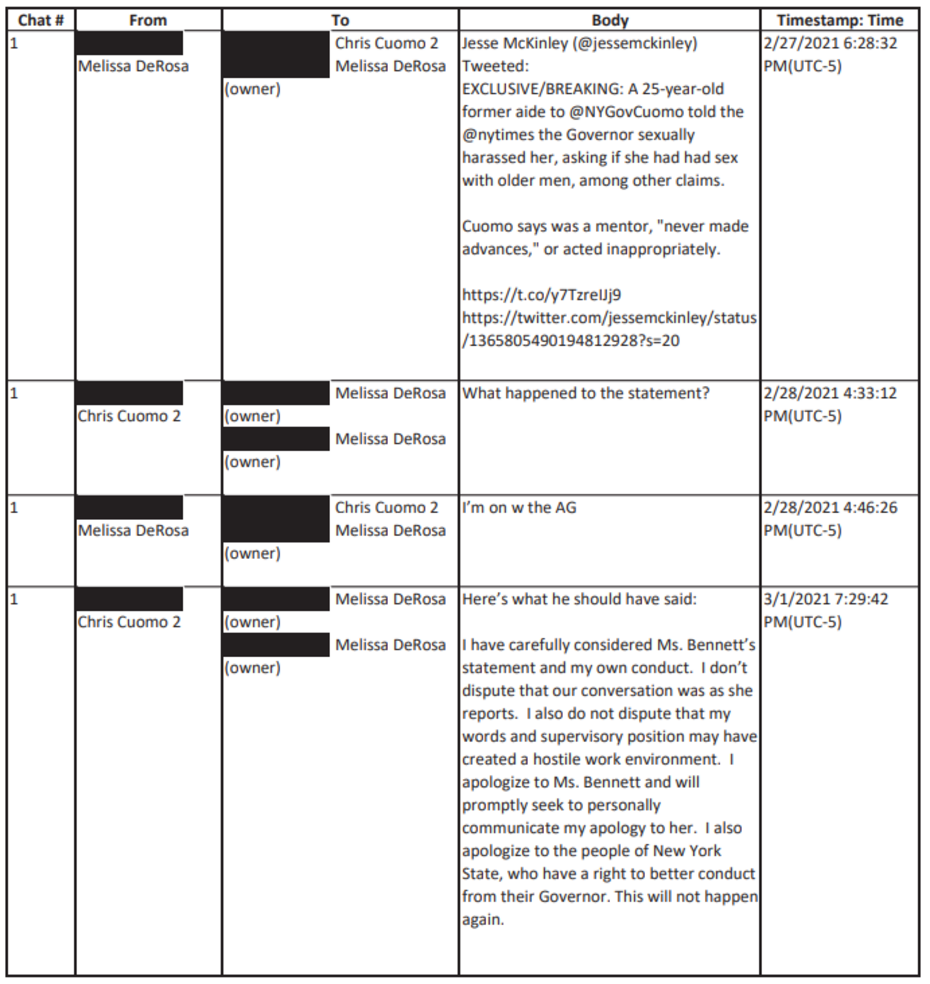 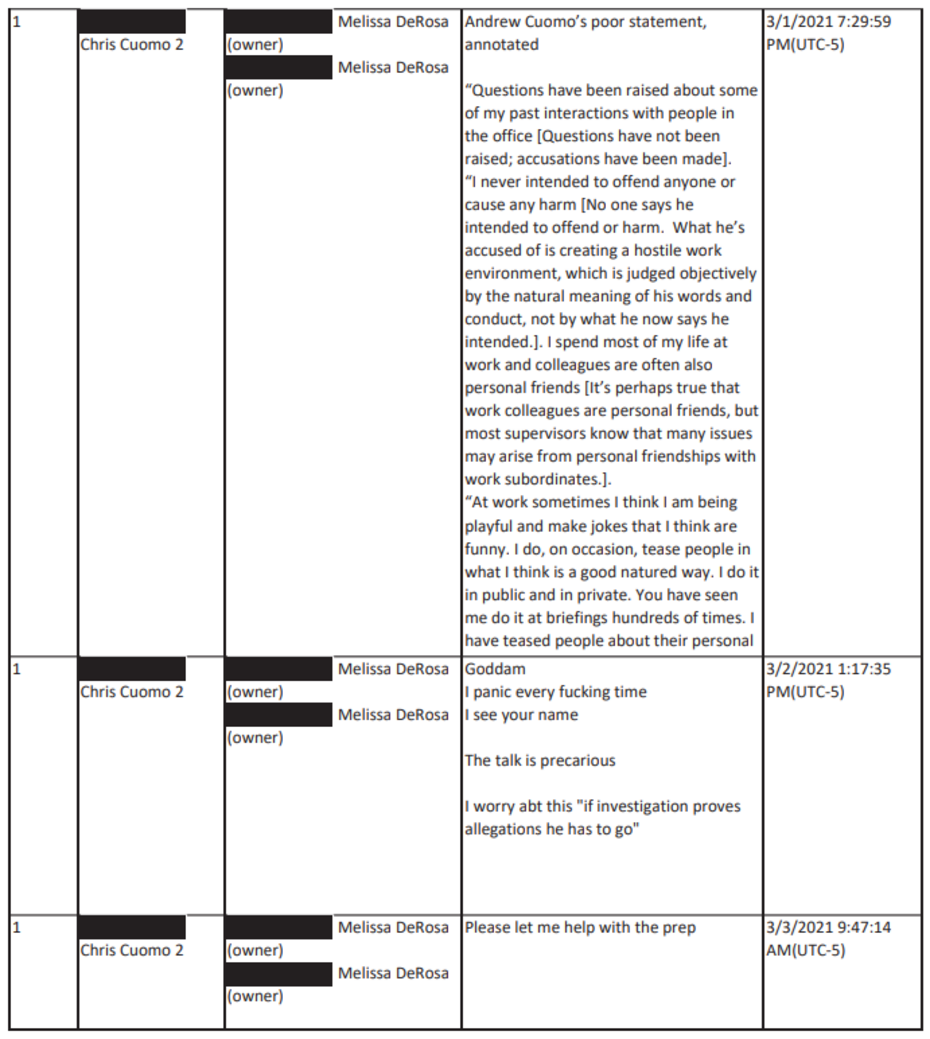 “Goddam […] I panic every fucking time […] I see your name […] The talk is precarious […] I worry abt this ‘if investigation proves allegations he has to go,’” he wrote to DeRosa.

The texts also show how Chris used his network of journalistic sources to make moves against at least one of his brother’s accusers, “wedding girl,” and snoop on other media outlets and journalists rumored to be publishing new allegations, including Politico: 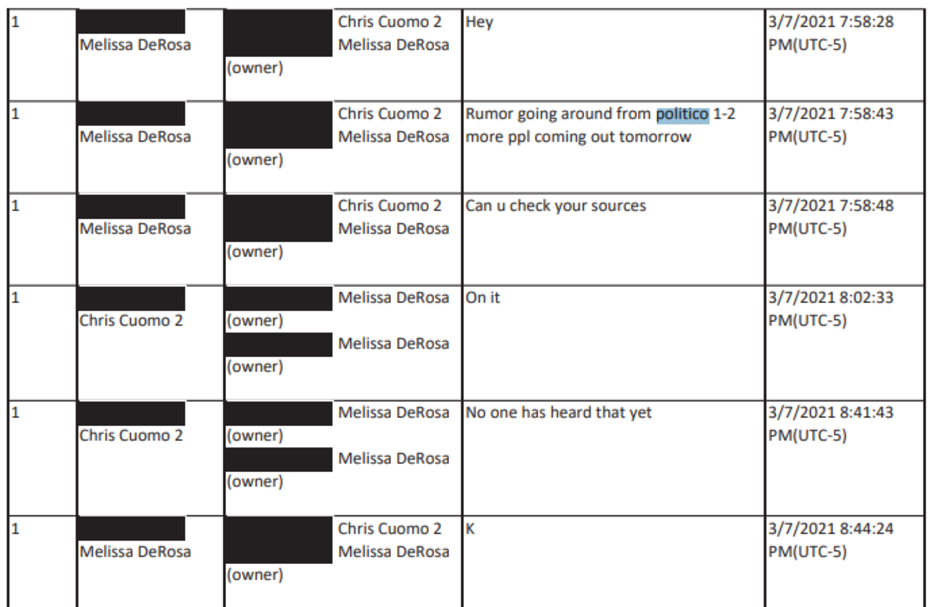 And the reporting of Ronan Farrow was of particular interest to Chris and DeRosa over the course of several days. 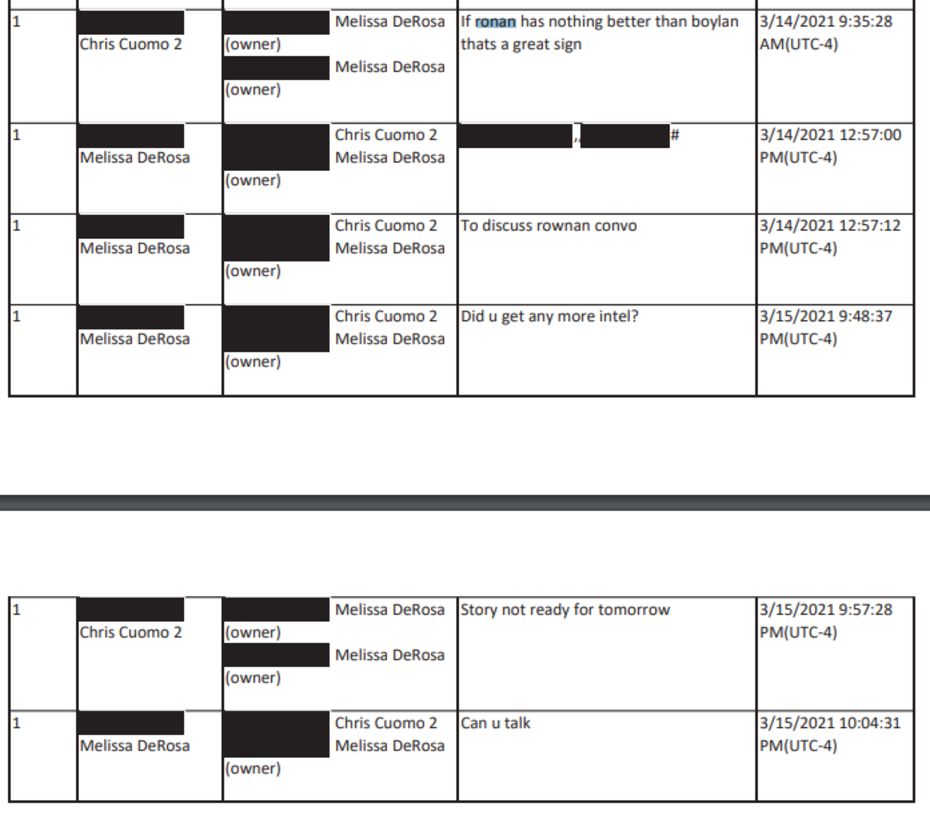 This snooping was seemingly done spontaneously by Chris and at the request of DeRosa.

Also revealed was how a 14-minute long rant by actor Alec Baldwin against “cancel culture” defending Andrew was spurred by a mutual friend he and Chris shared. “My friend asked him to do it [REDACTED] […] Very close to him,” he told DeRosa. As the AG’s investigation revealed back in May, blaming “cancel culture” for the flood of accusers was Chris’s idea.

In another example of how intertwined Chris was in the process of working with the executive office, a text exchange shows him and DeRosa a bit relieved New York Democrats were using their concocted spin. “[Assembly Speaker Carl E.] Heastie [D] used our language at least,” he told her on March 7.

While many state Democrats were calling on Andrew to resign, Heastie’s statement from that day said: “We have many challenges to address, and I think it is time for the Governor to seriously consider whether he can effectively meet the needs of the people of New York.”

Despite this close working relationship with DeRosa and their shared desire of “no resign,” Chris kept getting blindsided by media reports that the executive office knew were coming. “Stop Hiding shit,” he scolded her, warning "We are making mistakes we can't afford."

Following that exchange, he directed DeRosa to “delete thread now.”

In an accompanying transcript of his sworn testimony to investigators, Chris explained that demand: “I have a constant and consistent concern about being hacked or someone obtaining my device and violating the trust of people who have put their trust in me.”

Interestingly, Chris was the one with trust issues when he doesn’t have a problem with lying to his viewers.

CNN has released a statement about these revelations stating that the “additional transcripts and exhibits … deserve a thorough review and consideration.” And that the network would be “having conversations and seeking additional clarity about their significance as they relate to CNN over the next several days.”

A CNN rep says "we will be having conversations and seeking additional clarity" about the Chris Cuomo revelations pic.twitter.com/xkeFghL0lR

CNN has not directly responded to NewsBusters’ request for comment and answers to important questions regarding Chris Cuomo’s conduct in this situation.