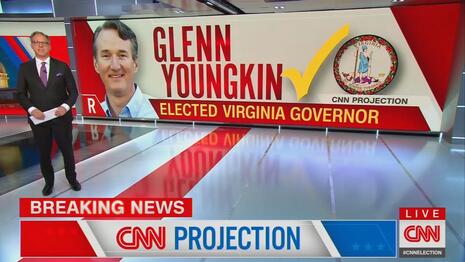 In this episode of the NewsBusters Podcast, Curtis Houck and I examined the liberal media malpractice in covering last week’s elections as they elevate state elections that suit their needs while relegating them to ‘local story’ status when they need to bury them. We also spoke with Research Director Scott Whitlock about calling out their obfuscation of the close governor’s race in New Jersey.

On Sunday, Washington Post correspondent Robert Costa was on ABC’s This Week suggesting the Virginia results may have been the work of voter suppression. And we looked at Newsweek deputy opinion editor Batya Ungar-Sargon politely telling off CNN’s Brian Stelter about how the liberal media have co-opted and abused “woke” words and phrases against the minority communities they purport to help.

Dipping into the great work of our research department, Whitlock walked us through his study of the network blackout of the race in New Jersey. And though we joked he’s an election soothsayer, he explained that anyone looking at the way the polls were going could easily pick up on the trends he saw.

Further, we closed out with a look at another study; this one about the media ignoring the implosion of the infamous and debunked Steele dossier. They gave it 2,634 minutes between January 20, 2017, and July 20, 2019, but ZERO since last week’s developments. There was also no mention of Tuesday’s revelation that President Biden’s national security advisor, Jake Sullivan was now implicated.

But we have it all on this episode of the NewsBusters Podcast. So, enjoy the podcast below or wherever you enjoy your podcasts.