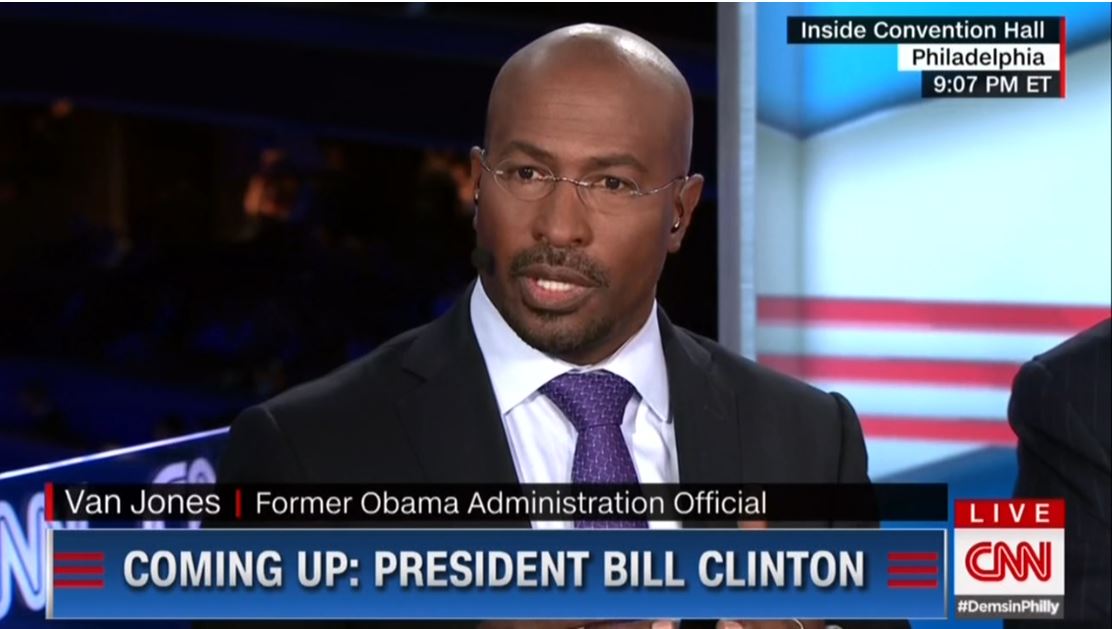 On Tuesday, the second day of the Democratic National Convention, a group of African-American women spoke called The Mothers of the Movement. The women are mothers whose children have been killed by police and gang violence. CNN commentator Van Jones had nothing but praise for mothers on Anderson Cooper 360, “A powerful, powerful, powerful, powerful witness.” “Can you imagine losing your child and then stand before the country with a year later with love and trying to fight for redemption,” Jones pontificated.

Jones also saluted the Democratic Party for putting them center stage. “Too many funerals and I'm proud that the Democrats brought some of this to the country so they can see what we go through,” he stated.

The mothers’ comments were very emotional and Jones loved it. But the problem is Jones seems to be selective about whose emotional pleads for action he appreciates.

During the Republican National Convention Patricia Smith, whose son was killing the 9/11 Benghazi attack, spoke about how Hillary Clinton Lied to her and other family about the cause of the attack. Jones was vocal in voicing his displeasure for her speech and slammed the Republican Party:

I felt very uncomfortable with the mother. I felt that she was unhealed…I worry about exploiting grief. And I feel that, for me, I felt uncomfortable with her unhealed grief being brought forward in that way and pray she can find some peace and that we don't politicize her pain.

If the Republicans were exploiting Patricia Smith by having her speak in Cleveland, then the Democrats were exploiting The Mothers of the Movement for having them speak in Philadelphia. You can’t have it both ways.

COOPER: Again, Van Jones, this entire auditorium is brought to a standstill.

[Commercial break and other speakers]

JONES: I think they [Democrats] have to make more of an effort. I'm from a law enforcement family. My dad was a cop in the military. My uncle just retired as a police officer. I do think they need to -- the fact that police officers are being murdered in this country deliberately for political reasons is an outrage. I think the Democrats need to stand up against that a little bit louder than we have seen so far. And we are picking funerals? We’re picking which funeral we will cry about in America? That should be healed.