Nets Cover GOP Congressman Resigning, Ignored When It Was a Dem 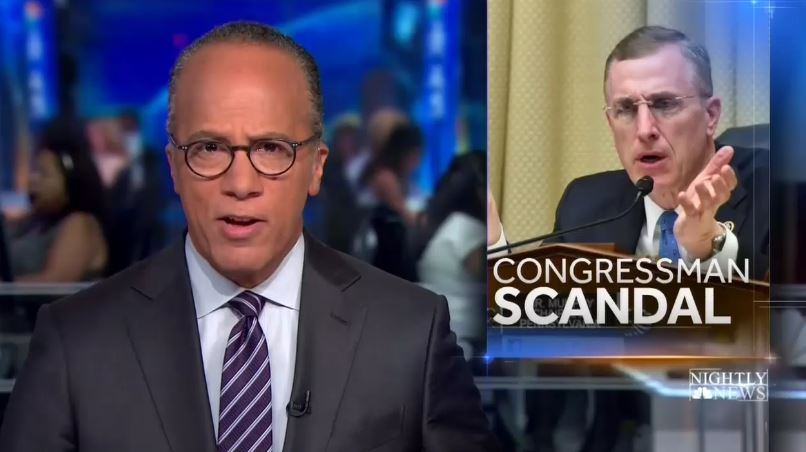 When Republican Congressman Tim Murphy from Pennsylvania resigned in disgrace on October 5, all three broadcast evening shows ran reports on it. NBC’s Today also covered this story the following morning.

But just last year when another Pennsylvania Congressman, Democrat Chaka Fattah, was forced to step down amid a corruption trial that eventually ended in his conviction, not one of the morning or evening shows on ABC, CBS or NBC covered his resignation at all.

Murphy, who had been in Congress since 2003, stepped down after being outed as a hypocrite who touted a strong pro-life message while privately pressuring the woman he was having an affair with to get an abortion. That’s incredibly disgraceful, but not an actual crime – which is what the Democrat, Fattah, was convicted of last year.

In fact, the networks barely covered the entire year-and-a-half from the indictment to the conviction and sentencing of Chaka Fattah (July 2015 to December 2016). CBS and NBC morning and evening news shows only managed to mention the scandal for just over a minute (68 seconds) combined. Meanwhile, ABC morning and evening news never gave the ordeal any coverage. Fattah, who had been in Congress for 21 years, was convicted on federal corruption charges.

In contrast, in just 24 hours the networks gave 3 minutes and 40 seconds of coverage to Murphy. 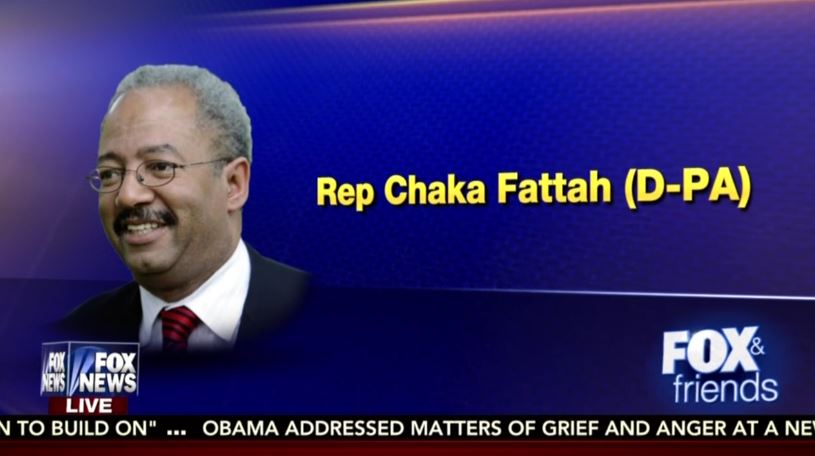 Fattah isn’t the only Democratic member of Congress the networks seem to be ignoring. N.J. Senator Robert Menendez has been on trial for a full month now (since September 6) charged with 18 counts of fraud and bribery, and NBC’s Today and all three network evening broadcasts – the same shows that found time to tout Murphy’s embarrassment – have yet to cover it. So far, ABC’s Good Morning America has run just a single story on September 13 (1 minute, 48 seconds), while CBS This Morning has only provided a news brief on September 6 (22 seconds).