When an actor charges Hollywood isn’t fond of people of faith, one expects the actor to be Christian. But the same holds true of the Jews. 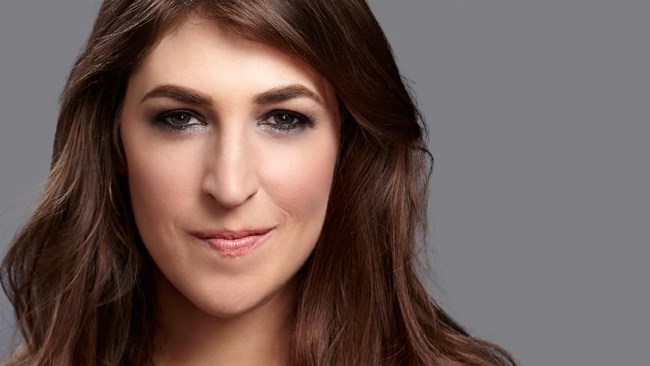 Mayim Bialik has been in the Hollywood spotlight for more than half her life.  Best known for her role as the title character of Blossom on NBC in the first half of the 1990s. After that, in between her voice acting, she earned a bachelor’s degree and a Ph.D. in neuroscience, which helps her fit right in as part of the hit CBS comedy The Big Bang Theory.

Interviewed by FOX411, Bialik says that her celebrity status has allowed her to speak out on causes important to her, including her faith.  Bialik is not only Jewish, but vegan, and helped found a Jewish animal welfare organization. When she went to Israel recently, she caused a social media storm when she went to visit a friend in the Israel Defense Forces.  She says:

"I've gotten a lot of negative attention for visiting Israel…That’s what's amazing...simply by going to Israel this summer and saying nothing more than, 'I've gone to Israel,' I got the same amount of hatred and threats and anti-Semitism for actually making a statement trying to support people whether I like it or not are serving in an army."

She continued, "That reveals the truth. It really doesn’t matter what I support or believe the fact that I'm Jewish and go there is enough – that should be alarming to most people."

As if receiving threats from her own fans weren’t bad enough, Bialik went on to say that Hollywood isn’t friendly to people of faith either:

"I think in general it's never going to be trendy to be observant or religious in Hollywood circles…There are people I know of faith and we tend to congregate together. I study Jewish texts weekly. That's something really positive to me when you're a person of faith, it stays with you all the time."

Though she doesn’t like “organized religion” she does believe in a power greater than herself:

"I have an unwavering faith in a power greater than myself and I don't think that will change any more than my belief in gravity will change," she stated. "In terms of observance, my social media shuts down for [the Sabbath] and sometimes we go to synagogue, sometimes we stay at home and we do [Sabbath dinners]...I believe in [Jewish law] but I also believe in the permeability and changeability in the structure of Jewish law and I think Judaism has always adjusted to the times that it lived in and it’s adjusting in the time we are in now."

With a degree in neuroscience, Bialik says she is often questioned how she can believe in both God and science: