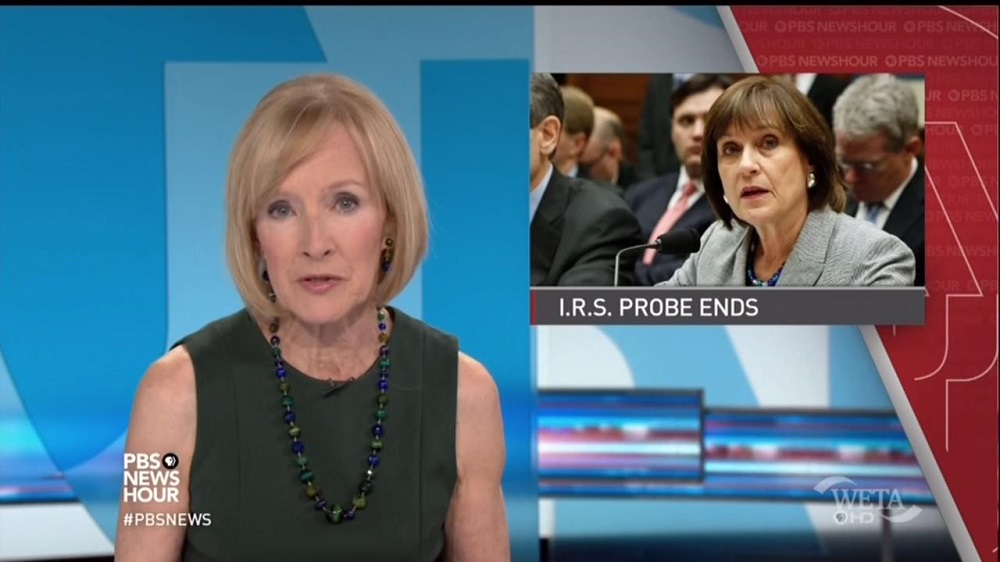 ABC, CBS, and NBC's evening newscasts on Friday all failed to cover the Justice Department announcing that it would be ending its investigation into the IRS's targeting of conservative groups. The Big Three networks' news program did find time to air reporting on the top Google searches for Halloween costumes, the fewer number of turkeys available for upcoming Thanksgiving dinners, and the controversy over the first bear hunt in Florida in 20 years.

By contrast, PBS NewsHour did air a 20-second news brief on the DOJ closing its probe into the scandal [video below]:

JUDY WOODRUFF: Former I.R.S. official Lois Lerner will not face criminal charges for allegedly targeting Tea Party groups. The Justice Department ended a two-year probe today, and said that it found no evidence that anyone at the I.R.S. acted out of political motives. Lerner once headed the unit that handles applications for tax-exempt status.

Woodruff didn't mention that the Justice Department did find "substantial evidence of mismanagement, poor judgment and institutional inertia leading to the belief by many tax-exempt applicants that the IRS targeted them based on their political viewpoints," as outlined by Assistant Attorney General Peter Kadzik, who was quoted in a Friday report on CNN.com.  Kadzik added in his letter to Congress that "poor management is not a crime."

CBS Evening News devoted a two minute, nine second-long report to the bear hunt in the Sunshine State. Correspondent David Begnaud included a sound bite from a hunter looking forward to the hunt, which will target 320 black bears. However, he slanted toward opponents by playing three clips from them.

On NBC Nightly News, anchor Lester Holt gave a 16-second news brief on the bird flu outbreak that reduced the number of turkeys available for Thanksgiving by nine million. Holt noted that the federal government is "not calling it a shortage. There will still be turkeys, but you might have to pay a bit more than usual." 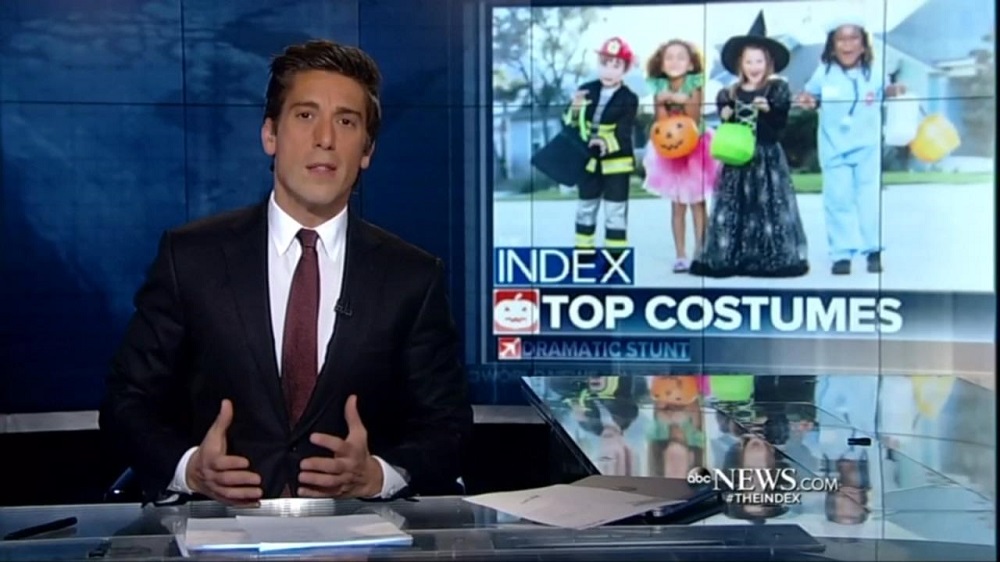 However, ABC's David Muir topped CBS and NBC in terms of the most inane news item, by giving his 10-second news brief on Halloween costumes on World News Tonight:

DAVID MUIR: Tonight, Google revealing the top costumes searched this Halloween: Batman; a pirate; a superhero; anything from Star Wars, of course; and number one: Harley Quinn, the Joker's sidekick, from Batman.