Scarborough on Trump Vote Challenges: 'None Dare Call it Treason—But Maybe They Should' 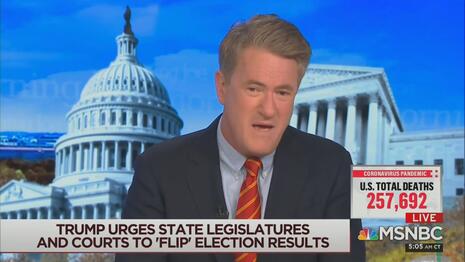 They "shall suffer death." -- The first penalty mentioned in U.S. law for people guilty of treason.

So, Joe Scarborough: what shall it be for President Trump and others you've suggested could be guilty of treason? Death, or one of the lesser penalties enumerated? Public executions, perhaps, on Inauguration Day? Wanna volunteer for the firing squad?

On today's Morning Joe, Joe Scarborough accused President Trump and his legal team, with the "silent approval" of Mitch McConnell, of attempting a "coup" to "overthrow the presidency" of Joe Biden....which hasn't been certified yet.

"None dare call it treason. But maybe -- maybe, they should."

This was an odd use of lingo, since the book None Dare Call It Treason in the Sixties was about communist infiltration in the United States.

If this is a treasonous coup, it's the most law-abiding one in history. Scarborough admits that the actions of the Trump team are being done "in the light of day." And what do those actions consist of? Going into court and filing lawsuits. You can criticize that as hopeless or rude, but in any case, their actions are entirely within the constraints of the American legal system.

Scarborough and others in the liberal media railed against President Trump for his "lock them up" calls for Hillary and other opponents. Scarborough, his mind twisted by hate, takes things an insane step further, accusing the sitting President of the United States of a crime punishable by death.

Scarborough's suggestion that President Trump and others could be guilty of treason was sponsored in part by Liberty Mutual, Ninja Foodi and Lincoln. Contact them at the Conservatives Fight Back links to let them know what you think of their sponsorship of Scarborough's insane accusation.

JOE SCARBOROUGH: The chaos is everywhere. It’s pure idiocy. But it’s far more dangerous than it may even appear on the surface. You know, let’s just bottom-line this before we start the show.

Donald Trump and the Republican Party, they’re now actively working to steal electoral votes, to steal electoral votes from Michigan, Pennsylvania, Georgia, other states. And they’re going to do it by stripping millions of Americans of their right to vote. Specifically, tearing up their already-cast ballots from earlier this month.

I don’t have to tell you, this is deeply un-American. And it’s an un-American, unpatriotic attack that’s being performed right now by a handful of vile political operatives who are trying desperately every day to carry out a coup — look up the definition. A coup! That would overthrow the presidency of a democratically-elected leader who received over 300 electoral votes, and got the support of 80 million Americans.

That means they’re trying to overthrow a President-elect who received more votes than any candidate in the history of this constitutional republic. Think of that! A Republican president who's working with the silent approval of a Senate Majority Leader, Mitch McConnell, to stage a coup against the democratically-elected presidential candidate who is President-elect. And they’re doing it in the light of day. They’re doing it with the acquiescence of Republican senators and congressmen and congresswomen across the country.

None dare call it treason, but maybe — maybe, they should. 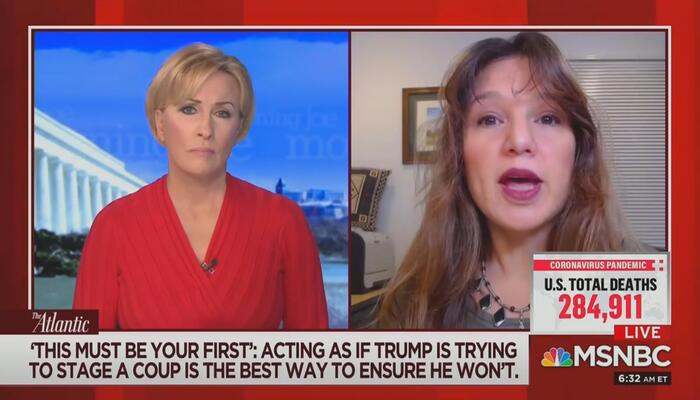 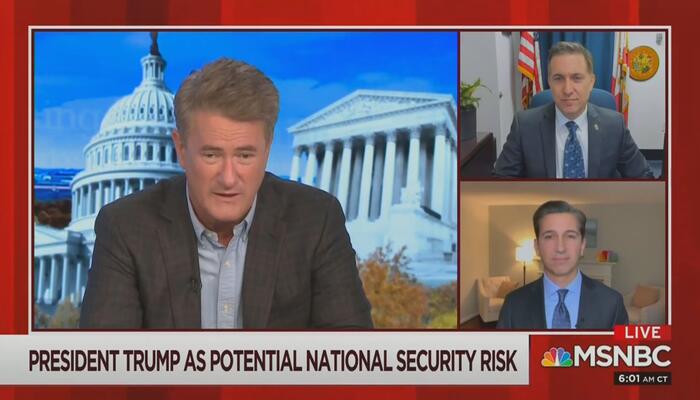 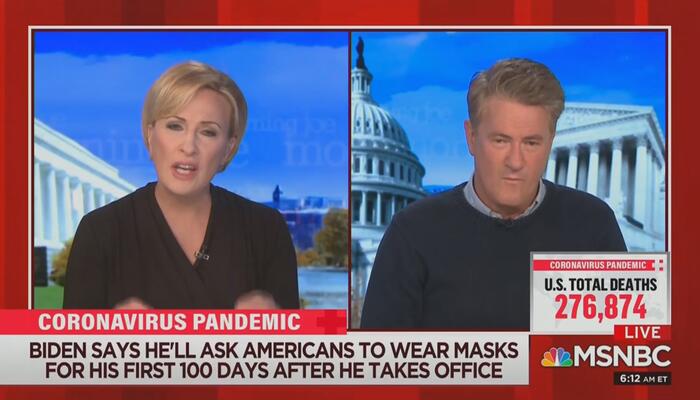 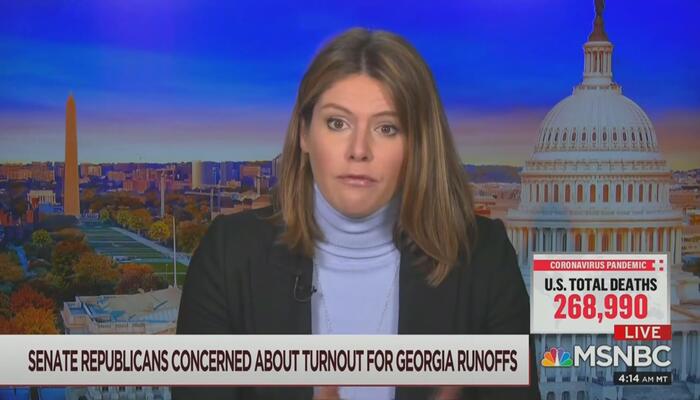 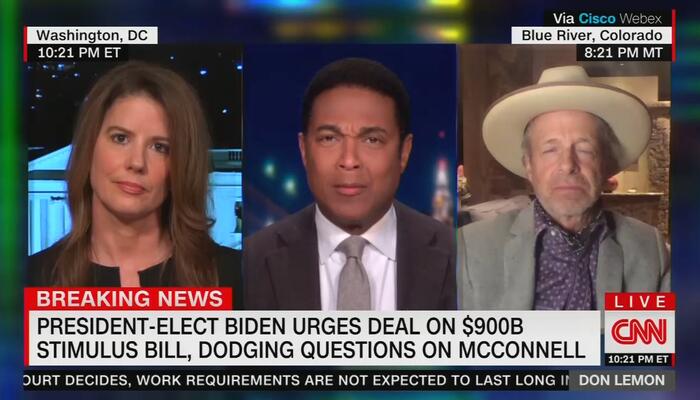 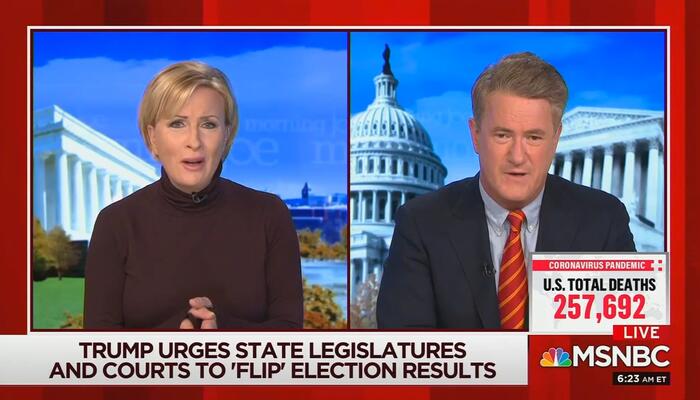 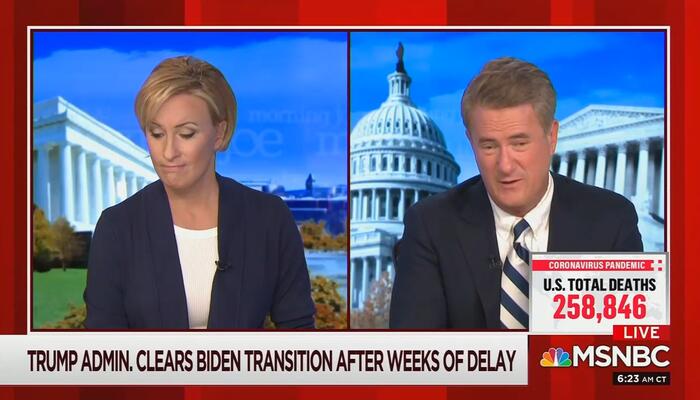