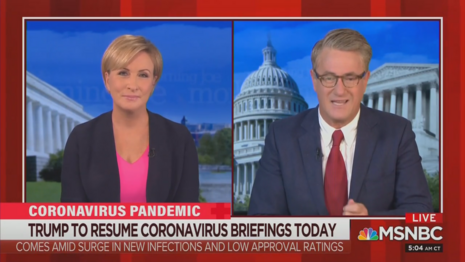 Yesterday, we reported the disturbing news that Joe Scarborough's two-week-long break, ordered by wife Mika Brzezinski, hadn't ameliorated his terminal case of Trump Derangement Syndrome. Returning to the show, Scarborough exhibited the same symptoms—extreme commentary and behavior—that had sent him into what was hopefully going to be a soothing retreat.

Today, sadly, comes further evidence of the failure of whatever therapy Scarborough underwent during his time away. On live TV, Joe suffered a severe relapse of one of his worst habits: getting up on a verbal hobbyhorse and riding it into the ground. We've witnessed poor Joe fall into this sad syndrome several times in the past, as here, here, and here.

Joe's phrase of the day this morning was "the Biden Plan." The notion was that back in January, USA Today had published a column to which Biden's campaign had affixed his byline, calling Trump unqualified to lead the pandemic fight, and urging that we listen to doctors and scientists, etc.

As if the administration hasn't listened to doctors and scientists??

Scarborough dubbed that column "the Biden Plan." And no fewer than 20 times in the show's first half-hour, Scarborough pleaded that President Trump adopt said "Biden Plan." For example:

"Joe Biden six months ago was saying: listen to your doctors, listen to your scientists. Let them lead this process, and talk to the American people. Will you [President Trump] finally follow the Biden Plan?"

MSNBC's John Heilemann did the worst thing a person can do for someone in Joe's sad state. Heilemann enabled Scarborough, chipping in with six of his own mentions of "the Biden Plan."

The cumulative evidence of the last two days makes the distressing diagnosis clear: Scarborough's time away from the show did nothing to heal his TDS. Will Mika be forced to send Scarborough back into a rest retreat?

Perhaps stronger therapeutic measures will be deemed necessary. We certainly wouldn't want Joe's therapists to go full Nurse Ratched. But some intervention is clearly necessary to forestall poor Joe from falling into an irretrievable state.

The segment with Scarborough's "Biden Plan" rant was brought to you by Choice Hotels. Follow the link to our Conservatives Fight Back page to contact Choice Hotels to let them know what their advertising dollars supported. 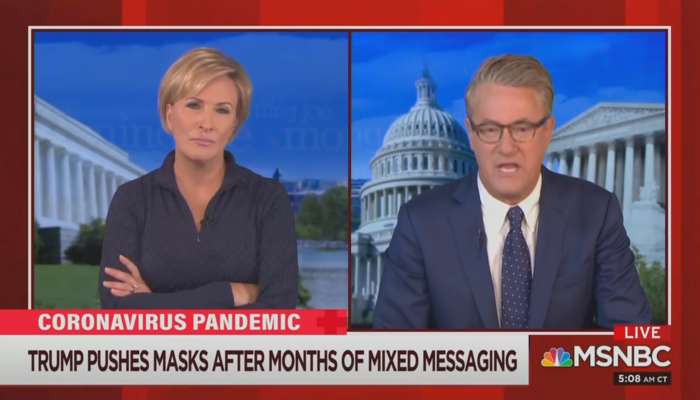 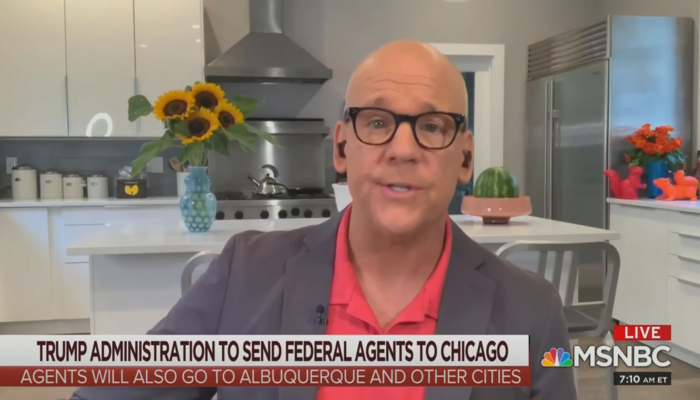 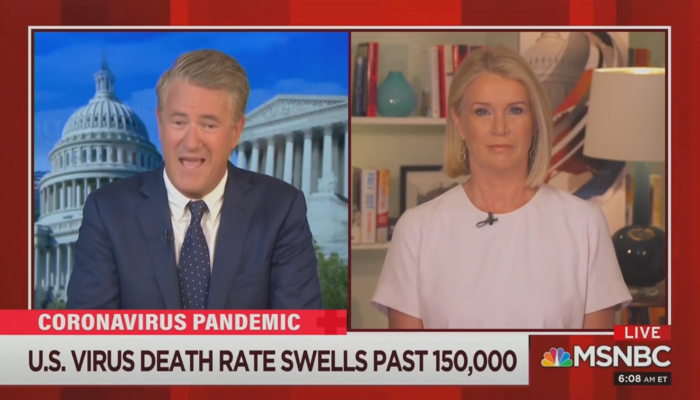 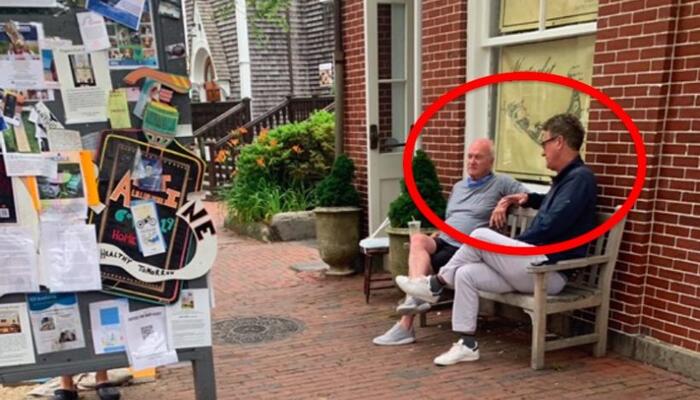 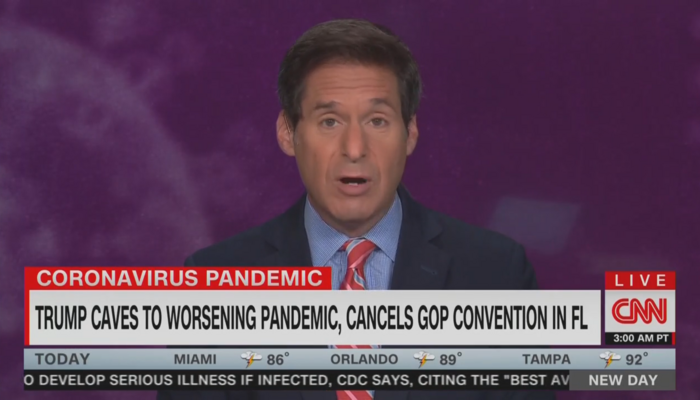