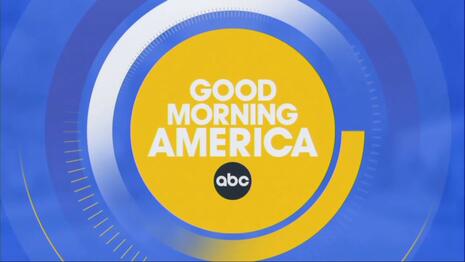 Another day, another case of stark media hypocrisy. On Wednesday, The Wall Street Journal reported that a former longtime executive producer for Good Morning America is being sued for sexual assault. An ABC News veteran, Michael Corn, abruptly left GMA last April after these allegations came out, which ABC kept hidden from the media.

According to WSJ, ABC News is also being sued for not doing anything when these complaints were made against Corn over the years:

Kirstyn Crawford, a producer on the morning show, alleged that Mr. Corn assaulted her in 2015 during a business trip to Los Angeles, according to the suit, which was filed in New York state court.

The suit also alleges that former ABC News producer Jill McClain was sexually assaulted by Mr. Corn when the two worked at ABC’s “World News Tonight” roughly a decade ago. Ms. McClain isn’t a plaintiff in the suit, but is supporting Ms. Crawford’s case, according to the complaint.

The suit also names ABC, a unit of Walt Disney Co. DIS -0.48% , as a defendant, alleging the company received complaints about Mr. Corn’s conduct from several women, going back roughly a decade, but failed to take disciplinary action.

ABC officials learned of Ms. Crawford’s allegations in 2017, but only launched an investigation into Mr. Corn’s conduct after Ms. Crawford and Ms. McClain filed formal complaints to the company in February of this year, according to the suit.

The same network who apparently ignored allegations of inappropriate behavior and covered up claims of sexual assault, was also the network that led the charge in attacking Supreme Court Justice Brett Kavanaugh in 2018, after similar allegations were made against him.

In fact, before accuser Christine Blasey Ford had even testified, ABC was already calling for public skepticism against Kavanaugh. Former Bill Clinton defender and GMA host George Stephanopoulos un-ironically worried about Ford being attacked as a liar and complained that the investigation into her claims was “overly restricted.” While these allegations were coming out, GMA's Deborah Roberts praised teenagers shaming Kavanaugh as a rapist.

And on World News Tonight, correspondent Terry Moran cheered Democrats' nasty behavior towards the nominee, while other ABC analysts displayed their own outrage at Republican men questioning Blasey-Ford's uncorroborated story. When the baseless accusations against him crumbled, ABC ignored it.

Corn left the company “abruptly” last April, according to media reports, and ABC and parent company Disney didn’t give any reason for the network veteran’s sudden departure. But ABC News execs knew about these allegations at least as far back as 2017, the same year when NBC and CBS fired Matt Lauer and Charlie Rose, respectively, for their own sex harassment scandals. If it took years to investigate their own executive, how long will it take for them to report on it?