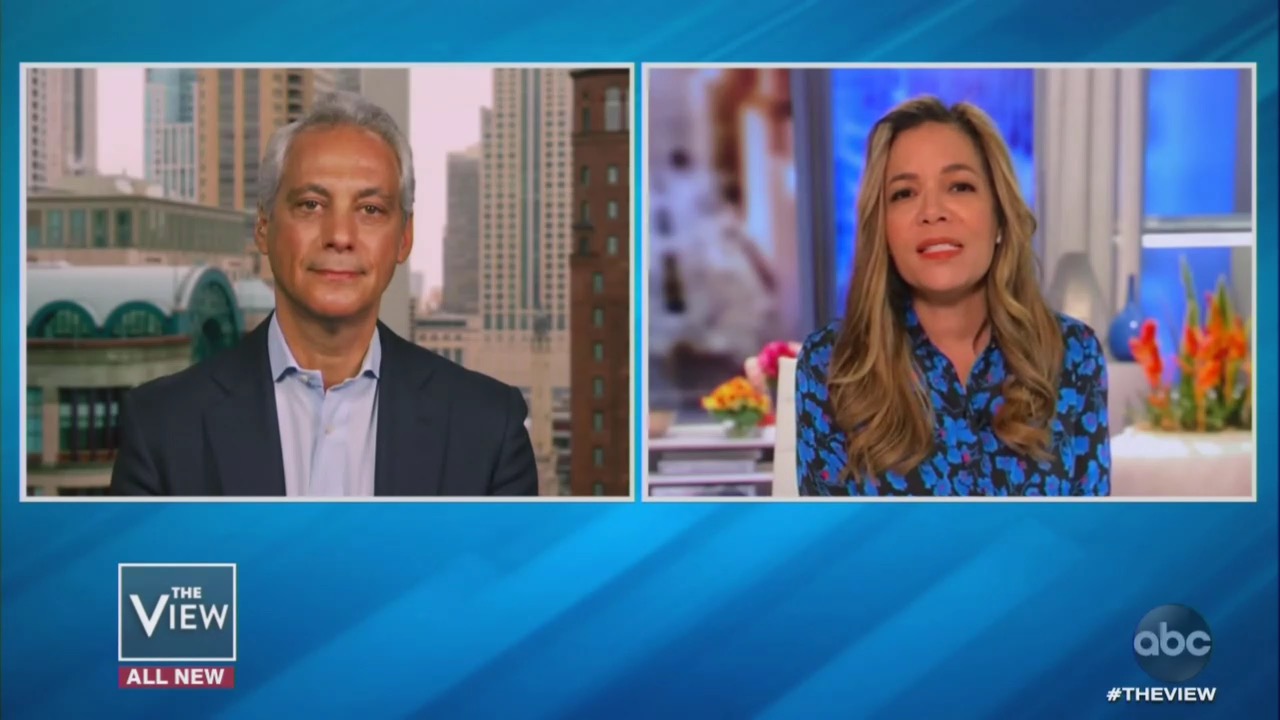 While ABC’s morning news program Good Morning America ignored what President Trump has dubbed the “Obamagate” story Thursday, the network found a way to do some damage control for the previous administration later on The View.

Wednesday, Senate Republicans published a declassified list of dozens of senior Obama administration officials, including former vice president Joe Biden, who appeared to improperly target President Trump’s former national security advisor Michael Flynn by unmasking him in intelligence reports, during the transition period between administrations. This comes on the heels of the House Intelligence Committee releasing transcripts showing how top-level Obama officials admitted they’d seen no evidence of Russia collusion with the Trump campaign. So who better to discuss this story from an unbiased perspective, than Obama’s former chief of staff, Rahm Emanuel?

And that’s exactly what The View did on Thursday’s show. Here’s co-host Sunny Hostin setting up Emanuel to shoot down the notion that Flynn was targeted by the Obama administration for political purposes, as a crazy “conspiracy theory:”

SUNNY HOSTIN: Rahm, you know, President Trump is also now pushing this new Obama conspiracy theory, that he's dubbed Obamagate. Apparently the theory seems to be that President Obama and his top officials targeted then security adviser Michael Flynn and others in an effort to somehow sabotage Trump's presidency, as if he hasn't done that for himself. But is this yet another tactic to distract from the COVID crisis since it's also true that not only did President Obama tell Trump not to hire Flynn, Flynn himself fled guilty to a felony charge to lying to the FBI?

RAHM EMANUEL: Look, I went through two different times of being interviewed by the FBI. Once for President Clinton and the highest security clearance as Chief of Staff for President Obama. There's a rule when it comes to the FBI interview. You lie, you die. Simple rule. He lied and he acknowledged it three times, and President Trump on December 2, 2017 tweeted out, I fired him because he lied. A jury of one, the president, fired him because he lied.

Now look, you have two choices. Tell the truth or lie. U.S. history for 200. He picked lying. He could have told the truth and this would have all been -- gone away. He lied not only to the FBI, he lied to Vice President Pence, and President Trump fired him for lying. Then he also said it not once but three separate times to the judge, and now the whole legal system is on trial here about whether we have a system of laws. I just think that this is an attempt, again, to airbrush out of history and airbrush the fact that you had somebody who lied about his contacts to the Russians, and Trump, whenever it comes to Russia, everything about him comes exposed. It’s being exposed, he gets really nervous when people understand his relationships with Russia and also people around him who are in constant conversation with one of America's major adversaries around the globe who are undermining America's leadership.

WHOOPI GOLDBERG: Yeah. And not to forget once again you can't put the point on too strongly, you [Trump] fired him because he lied. You said it, sir. You said it.

Notice how Emanuel never really addresses the unmasking list to begin with; who’s on it (Biden), when they did it or what their motivations could’ve been. There were no follow up questions to Emanuel on this topic. The rest of the interview was mostly business as usual, bashing the president’s response to COVID-19. In fact, the only other time Biden's name came up in the interview, was Joy Behar asking Emanuel if it would be better politically for him to continue staying out of the limelight, or if she could go on television more and condemn President Trump.