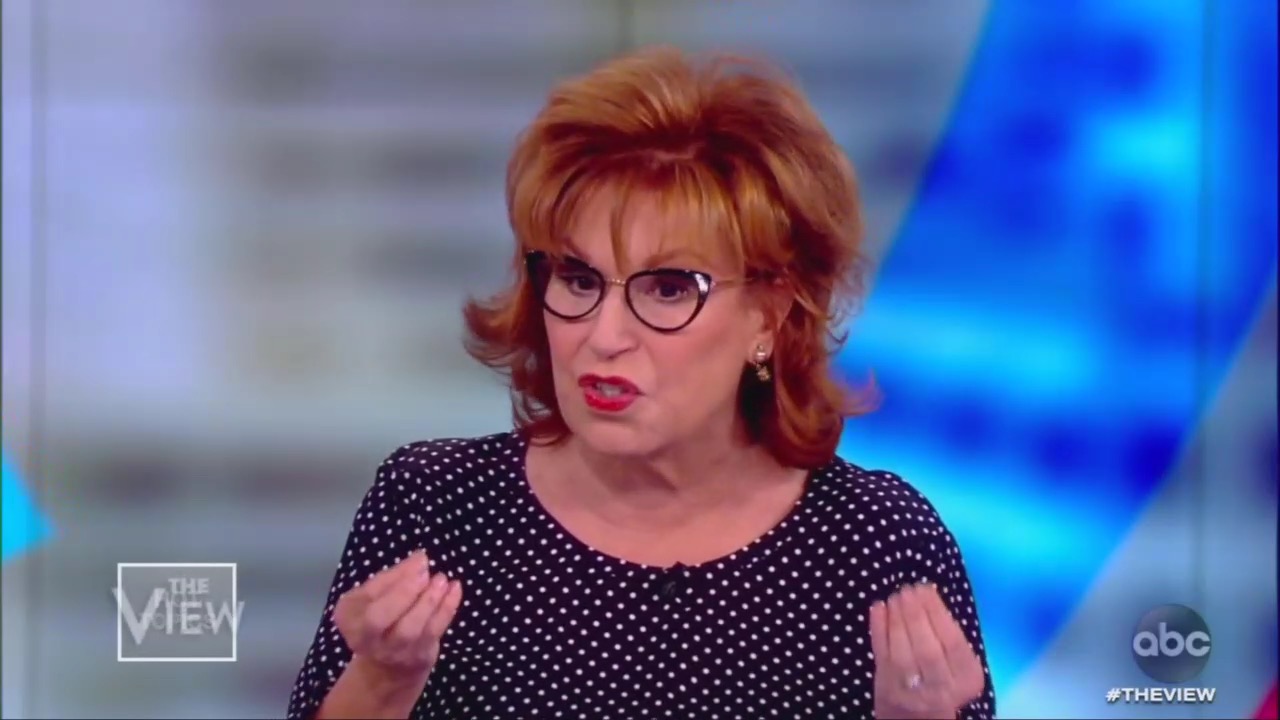 The View hosts couldn’t come to agreement on Monday’s show on the topic of Facebook and free speech. Since October, the media has been attacking the social media platform for not following Twitter’s example in banning political ads, (yet). Co-host Joy Behar complained the website was promoting “dangerous propaganda” just like how the media covered candidate Trump during the 2016 election.

The discussion was inspired by a speech liberal actor/activist Sacha Baron Cohen gave before the the Anti-Defamation League which called Facebook one of the “greatest propaganda machine in history” for the alt-right. He went on to make a ridiculous hypothetical that questioned how much more dangerous Adolf Hitler would’ve been had his ideas spread on Facebook.

Whoopi Goldberg played the video clip of Cohen before asking her co-hosts what “responsibility” Facebook should “take” for spreading hate speech.

Clearly inspired by the liberal actor, Behar snarked, “I think Facebook would give Hitler his own fan page!” before ranting about how free speech needed to be censored by social media and the news media to protect us from “bad ideas" such as Trump's:

"This is global propaganda....white nationalists can just increase their numbers all over the place. It's a very dangerous, dangerous tool in my opinion," she concluded.

First of all, who is Behar kidding? “Before they knew what a bad idea he was?” The media has been biased against Trump even as far back as when he was considering running for President in 2012. He was literally booed by journalists at the 2011 White House Correspondents Dinner.

Behar also got it wrong about Time Magazine giving Hitler favorable coverage with their 1939 “Man of the Year” cover, just months before he invaded Poland; the distinction wasn’t complimentary.

Most important though is that she is literally advocating for media and social media platforms to outright ban candidates and ideas they don’t agree with politically.

Surprisingly co-hosts Abby Huntsman and Sunny Hostin actually disagreed with Behar, saying free speech, even the ugliest of speech, was an important right to protect:

HOSTIN: I also think it's really up to Americans to fact check. It's up to us to determine what the truth is for us. I don't think someone else should be the arbitrator of that. I think we get into this slippery slope where you have Facebook determining what we should hear. What we should hear and read and listen to. I think that's very, very dangerous. More dangerous than the reverse.