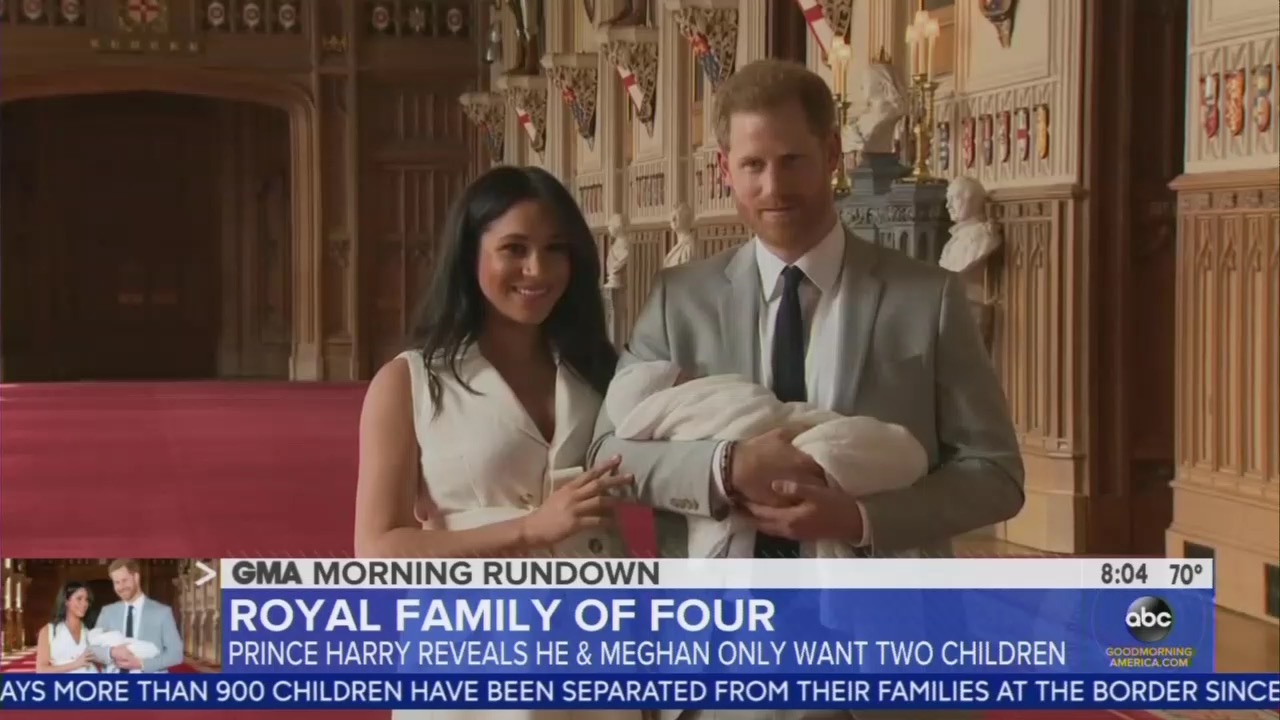 On ABC’s Good Morning America Wednesday, the news team fawned over the UK’s Prince Harry vow to only have one more child to save the planet. Anchor Amy Robach teased the upcoming report with gushy enthusiasm, calling the weird reveal, “The Prince’s pledge,” out of concern for “his greatest cause.”

Foreign correspondent James Longman explained that Harry and wife Meghan Markle planned to only have one more child, “maximum” to “limit the impact on the planet," a comment he made during an interview with animal rights activist and conservationist Dr. Jane Goodall in the latest British Vogue:

It says the couple plans to have only one more child out of concern for the environment. He was speaking in an interview with conservationist Dr. Jane Goodall and he said he's always had a connection and a love for nature saying he's always thought this place is borrowed so when it came to children he would have two maximum to limit the impact on the planet

Longman went on to report that Harry also talked about racism against his biracial wife in the British tabloids. After the report, anchor Michael Strahan joked that it wasn’t only the Prince’s decision on whether or not they’d have more children.

Other than Strahan’s snarky observation, the royals’ extreme population control viewpoint wasn’t criticized or looked on with skepticism by the Good Morning America team.

Harry also made these comments before attending the Google climate change summit in Italy earlier this week, joining dozens of other celebrities who arrived on mega yachts and private jets.