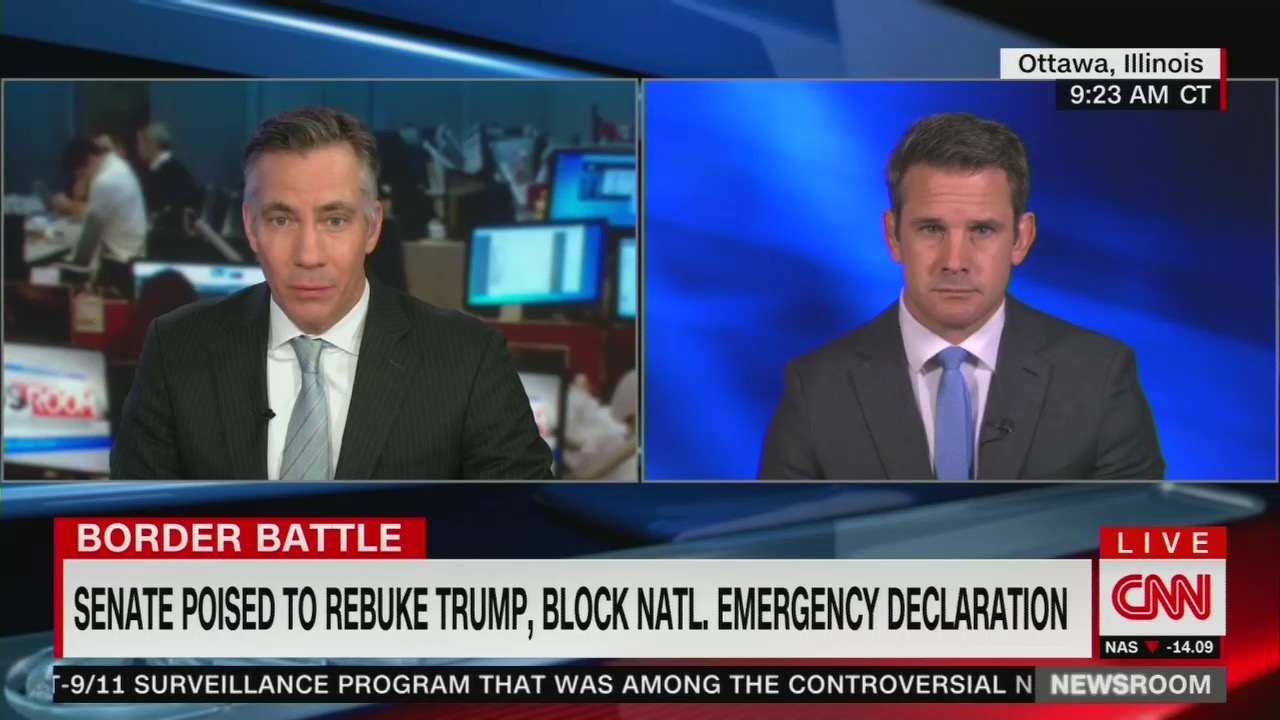 CNN Newsroom co-anchor Jim Sciutto tried to trap a Republican congressman with a gotcha question on Tuesday’s morning show, but failed miserably when the congressman revealed he had done his homework.

Sciutto, who also worked under former President Obama, grilled Illinois Rep. Adam Kinzinger on why he supported President Trump declaring the U.S./Mexico border security a national emergency. Kinzinger, a Lieutenant in the Air Force, was deployed to the southern border a few weeks ago and shared with Sciutto the problems he witnessed of drugs, sexual assault and human trafficking which bolstered his support for Trump’s declaration. After listening to his stories, Sciutto attempted to trap the Republican congressman with a question that made him seem like a hypocrite. Unfortunately for Sciutto, Kinzinger was prepared, and effortlessly shut down the insinuation:

SCIUTTO: Look, you've done your homework, you've done it wearing the uniform. You went down to the border. I respect your position. I do want to note that you, like many Republicans, when President Obama used executive authority without congressional approval, you opposed it. I'm going to quote from you, in 2014 [sic], when the president was considering executive action on guns. You said, “Time and again, the President, this being Obama, has chosen to push his authoritative agenda with little regard for Constitutional process.” Why is the president not doing exactly what you criticized President Obama for?

KINZINGER: Because you can't change a law on guns or immigration with the stroke of a pen. If somebody was trying to change a law, that would be a very different situation than a president saying, I'm declaring a national emergency on the border. I'm not appropriating new money out of thin air. I'm actually switching resources from things like D.O.D. counter-drug to actually fighting drugs on the border through this emergency order. And it's focused on things that are a threat to the American people. Is there always consistency among Republicans and Democrats? No, that's something we have to accept. But in terms of what I say and what I see, I think it is consistent to oppose a president that would attempt to change a law versus a president that would attempt to take existing resources and enforce a thing like border security.

Defeated, the stunned Sciutto thanked Kinzinger and ended the interview.