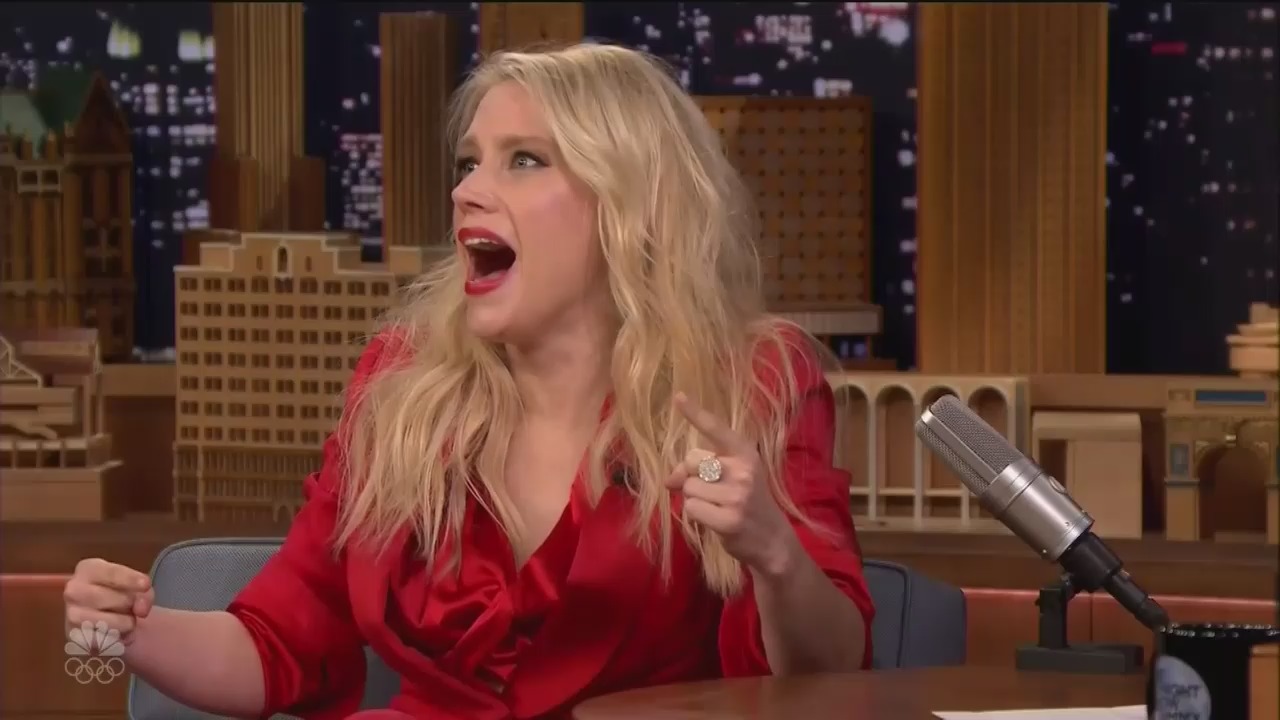 Saturday Night Live comedian Kate McKinnon admitted on NBC’s Tonight Show Tuesday that she had a public meltdown when she heard that Hillary Clinton mentioned her in her election memoir. “I sank to my knees,” McKinnon admitted to host Jimmy Fallon, “So I would always remember that moment,” she gushed.

After warmly congratulating the actress on her second Emmy win for her portrayal of Hillary Clinton on SNL, Fallon praised, “You do an amazing impression, it’s unbelievable.” He continued:

“And Hillary actually talks about your impression and singing "Hallelujah" in her book,” he noted.

McKinnon put her hands up in the air in disbelief and asked, “Can you believe that?”

“That's like the craziest -- that's just the craziest thing that ever happened to me,” she gushed, dumbfounded, before explaining the moment she found this out:

I was listening to the audio book, walking on the Manhattan streets and I heard my name and I was like-- [makes crying sounds] And I was having this reaction, I was aware that it was a cinematic moment, so I was like, "Oh, like, okay, I'm going to keep it going." [continues pretending to bawl]

Fallon chuckled and said, “That's very nice of you.” She continued:

“And I like, sank to my knees and I made like a thing of it. So I would always remember that moment, but yes, it was incredible, I -- you know, that means more to me than anything,” she gushed.

McKinnon has made no secret of her love for Hillary Clinton. Last year on Fallon, she called Clinton “a dreamboat” who is “one of her favorite people.” The rest of the SNL cast admitted they “hugged and sobbed” when Clinton lost the election.

The media has done their part in eating up McKinnon’s impression of Clinton, calling her “mourning” performance after election night, “beautiful.”