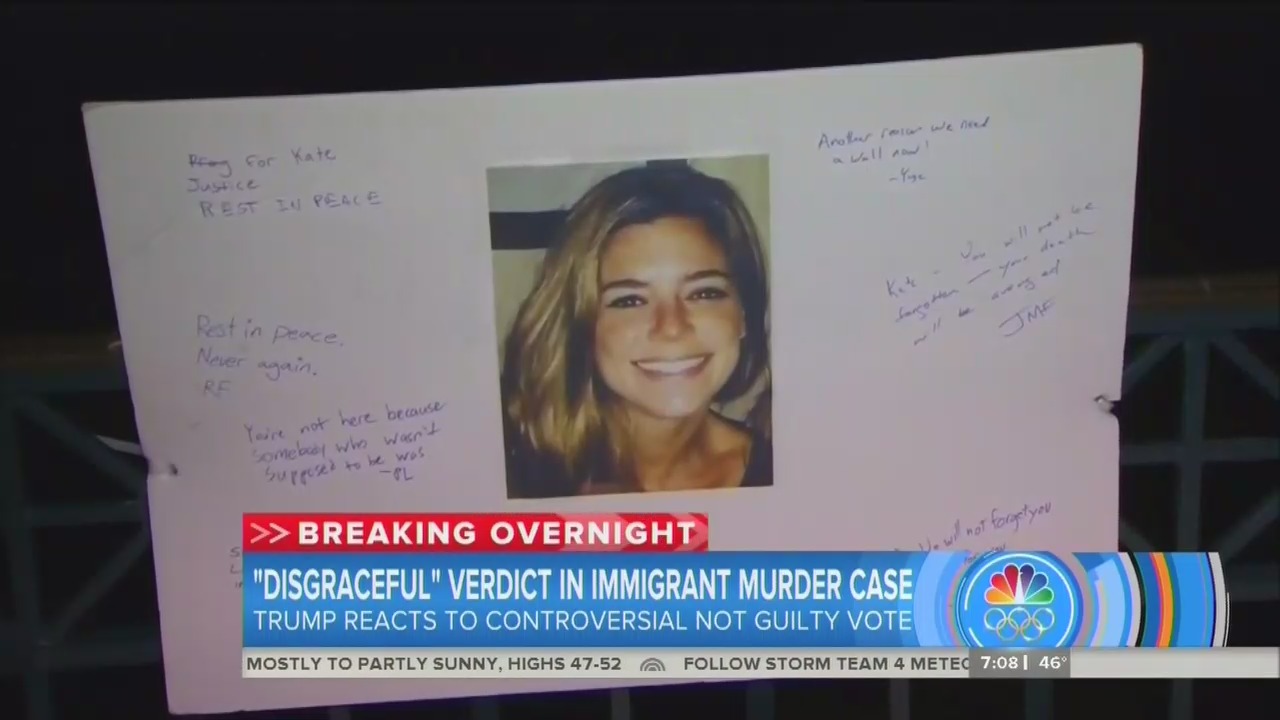 After giving President Obama’s silence on Kate Steinle a pass in 2015, the networks are suddenly interested in what the current President has to say about her murderer’s recently released verdict, two years later.

As a reminder, in July of 2015, President Obama ignored the shocking death of the 32-year-old Steinle, who was shot and killed by a five-time-deported illegal immigrant and felon, while she was walking with her father in a popular tourist area of San Francisco. But after the highly politicized deaths of black men killed by police officers, Trayvon Martin, Michael Brown and Freddie Gray, Obama spoke out immediately condemning their deaths as unjust.

The big three networks covered the Steinle case in 2015, but seemingly only did so to bash then-candidate Donald Trump for his “controversial” “inflammatory” rhetoric on illegal immigration.

Back then, ABC touted fellow Republican candidates “distancing” themselves from Trump and “openly condemning” Trump’s comments on the Steinle case. NBC went a step further, calling Trump “the new Todd Akin,” blasting him as“desperate” for “quickly seizing” on the case to “give new fuel to a particularly bitter debate” on illegal immigration. But the nets gave the current sitting President Obama a pass for ignoring the hotly-debated tragedy.

But after the suspect, Jose Ines Garcia Zarate, was acquitted of both murder and manslaughter last night, the networks found time to cover the story, again making the focus on President Trump instead of San Francisco's sanctuary city policy.

NBC’s Today had the worst take, tying President Trump’s concern for the case to white nationalism. Correspondent Gadi Schwartz ended his report by touting white nationalists had set up a candelit memorial for Steinle, last night:

And back here at Pier 14, there's candles and there is a picture of Kate Steinle. These were left here by a group of self-identified white nationalists last night. They came and they left messages, including build a wall. And the reverberations of this verdict have been felt all the way to the White House. This morning, President Trump sending out some more tweets. Saying, the Kate Steinle killer came back and back over the weakly protected Obama border, adding, this info was not used in court. His exoneration is a complete travesty of justice. Build the wall!

NBC, ABC and CBS also hammered Trump for “politicizing” the case, while at the same time they didn’t seem to mind President Obama politicizing the deaths of Trayvon Martin, Freddie Gray and Michael Brown for his own political benefit.

On CBS This Morning, correspondent John Blackstone noted that Trump was being criticized for “politicizing” the case.

On NBC's Today, Schwartz noted Trump had “seized on the case” back in 2015, “as proof that the U.S. needed his proposed border wall.”

He added, “Now, anger and politics once again surrounding the family's heartbreaking loss.”

ABC’s Good Morning America report was surprisingly even-handed, though leading into it anchor George Stephanopoulos did accuse Trump of making Steinle’s “death a rallying cry for his border wall.”