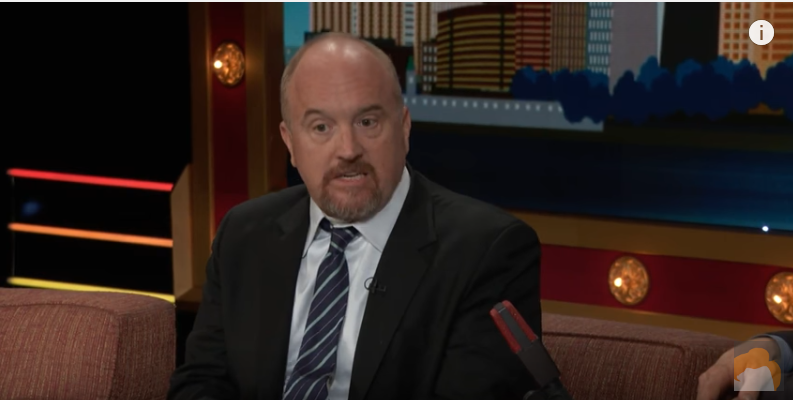 On last night’s Conan on TBS, comedian Louis C.K. unabashedly endorsed Hillary Clinton for President, saying he was “totally in it” for her. It’s not surprising that a celebrity endorses Hillary but the words he used to describe her weren’t entirely flattering. After gushing about how he liked Hillary and would choose her over any other candidate at any time, he shockingly added that Clinton was a “two-faced” “conniving” and “crazy” “bitch” with “a million schemes” but somehow wasn’t in jail, “which is amazing,” he admitted.

The comedian began with the typical flattery of Clinton, describing her as someone who was “super smart and talented.” C.K. used the point that Clinton was a mother as a positive point because mothers “take care of you” and do “too much” compared to fathers. “I’m excited about this election,” he said enthusiastically.

Joking that presidents were there for the public to “s**t on” he praised Clinton as being able to “take abuse.” “She’s taken it and taken it...We’ve been hazing her...and she just keeps working!” he gushed, before explaining why he didn’t like liberals who didn’t vote for Clinton because she’s unlikeable.

“I don't want somebody who's likeable or cool anymore,” he admitted.

We need a two-faced, conniving, crazy -- somebody who's just like got a million schemes. By the way, all her [beep] Is out there. Every email she ever wrote is in the newspapers and she's not in jail which is amazing! But just we need just a tough bitch mother who nobody likes and who just does [beep].

He added that if you vote for Hillary, “you’re a grown up.”

The comedian has got in hot water before during the last election for his lewd, misogynistic comments about Sarah Palin.