Even the NYT, Post Criticize Ginsburg for Anti-Trump Comments But Networks Continue to Downplay

This past week, Supreme Court Justice Ruth Bader Ginsburg made negative comments to several media outlets about presumptive Republican nominee Donald Trump, calling him a “faker” and joking that she would move to New Zealand if he was elected. The gravitas of a SCOTUS Justice violating her assumed role as an impartial, nonpartisan judge was completely downplayed by the networks, which characterized it as a petty feud. But should they have? When even the two most liberal newspapers in the country blasted Ginsburg as calling “her own commitment to impartiality into question”? 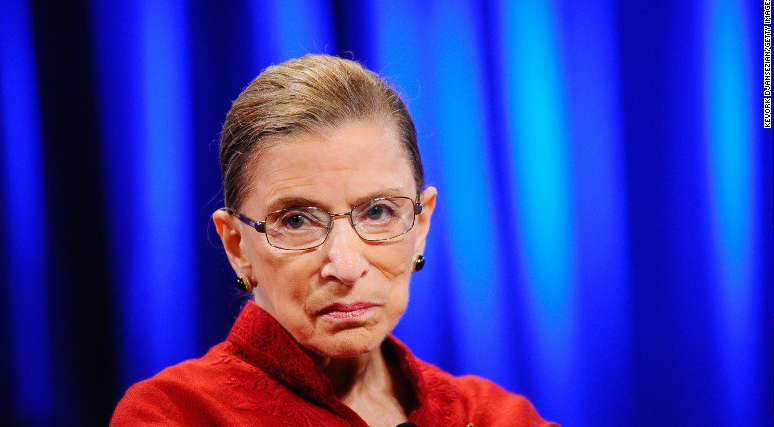 In a surprising turn of events, the left’s favorite Supreme Court Justice earned a rebuke from the top liberal papers in the country, Wednesday. The New York Times and the Washington Post’s editorial boards both issued op-eds today calling out Ginsburg’s “inappropriate comments on Donald Trump.” The Post tepidly criticized Ginsburg, after spending half the op-ed defending her comments as “valid” and “unsurprising” before admitting that she shouldn’t have said them. “Better Left Unsaid,” the Post’s board entitled the op-ed, stating that:

“As journalists, we generally favor more openness and disclosure from public figures rather than less. Yet Justice Ginsburg’s off-the-cuff remarks about the campaign fall into that limited category of candor that we can’t admire, because it’s inconsistent with her function in our democratic system.”

The Post even cited the Code of Conduct for United States Judges where endorsing political candidates is forbidden.

However, the Times did attempt to split hairs about the legality of Ginsburg’s comments, writing, “There is no legal requirement that Supreme Court justices refrain from commenting on a presidential campaign. But Justice Ginsburg’s comments show why their tradition has been to keep silent.” However, as the Post cited, judicial experts are not supposed to get involved in election cycles at all. As the Chicago Tribune explains,

But to say her public comments are unusual is like saying dancing cows are scarce. Supreme Court justices don't — at least until now — take public stands on presidential or other elections. One reason is that they are barred from doing so by the federal code of judicial conduct, which states that as a general rule, judges shall not "publicly endorse or publicly oppose another candidate for public office." They also aren't allowed to make speeches on behalf of political organizations or give money to candidates.

Unlike the Post, however, the Times board was a little more forthcoming in their criticism, admitting that Trump was right to call Ginsburg’s comments “inappropriate” in their op-ed shockingly entitled, “Donald Trump Is Right About Justice Ruth Bader Ginsburg.” Calling it a “spectacle” for Ginsburg to insert herself into the “mosh pit” of the election cycle, they added this harsh rebuke, “Justice Ruth Bader Ginsburg needs to drop the political punditry and the name-calling” which have called into question “her own commitment to impartiality.”

But last night and this morning, at least 2 of the 3 networks’ broadcasts ignored the legal and ethical problems with Ginsburg’s comments.

During Tuesday night’s evening news broadcasts, ABC and CBS showed their bias by reporting on Ginsburg’s comments in a cavalier way, seemingly forgetting that Ginsburg isn’t just another politician criticizing Trump. In fact even NBC was the only network to report on the real ethical concerns raised by Ginsburg’s comments, with Justice correspondent Pete Williams saying, “Supreme Court justices are appointed for life; making them nearly untouchable, but experts on legal ethics say justice Ginsburg is violating a rule that judges should stay out of politics.”

This morning’s news broadcasts were no different, with the exception that now NBC was the one downplaying Ginsburg’s words, with correspondent Hallie Jackson calling the situation “a Supreme spat.” CBS followed suit, but on ABC’s Good Morning America during the first hour one critical question got through. George Stephanopoulos asked Bernie Sanders if he thought it was “appropriate” “for a Supreme Court Justice to call a presidential candidate a faker and to joke about moving to New Zealand.”

When even the most liberal papers in the country admit that she was wrong to do this, will the networks get on board and report accurately?