The news of Supreme Court Justice Antonin Scalia’s death this past Saturday shocked the country. A Reagan appointee, Scalia was also Catholic, socially conservative, and brilliant; a combination that made him the left’s most-hated member of the Supreme Court. While his passing was respectfully treated by many in the media, there were still many far-left journalists who refused to show the late Justice respect, even in death. These tweets below confirm some of these writers open contempt and bias towards the Supreme Court’s leading conservative voice. 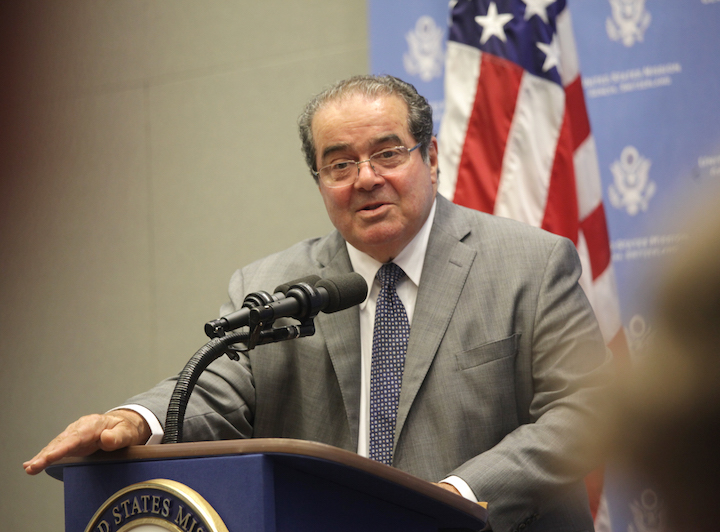 1. David Ehrlich, Rolling Stone: “How long do we have to wait till we can openly not be sad about it?”

so if the news about Scalia is true, how long do we have to wait until we can openly not be sad about it?

2. Ehrlich: “Hold your Fetus Poster at Half-Mast” outside of Planned Parenthood for Scalia

when you go to harass women outside of planned parenthood tomorrow, be sure to hold your fetus poster at half-mast. out of respect. #Scalia

Silvia Killingsworth, Managing Editor for The New Yorker actually joked that Scalia was in Hell, and mocked how he died.

4. Killingsworth: How “American” for Scalia to die at a ranch in Texas!

Died in a ranch in Texas, God bless America

I guess it's settled: God approves of abortion.

6. Marcotte then wondered, was it fate?

Scalia died where I grew up. Does that count as serendipity?

Scalia was a monster and no one's job entitles them to respect. https://t.co/q4v0Kk1ZFJ

Dave Zirin, Sports Editor for the Nation and frequent MSNBC guest managed to slam both Scalia and Reagan in one punch:

If you are unable to assign ugly truths and actual history to someone's legacy after they die, you get airports named after Ronald Reagan.

When political figures die, there's a race to define their memory. That memory can have powerful repercussions. So remember Scalia's victims

10. Glenn Greenwald, The Intercept: “Don’t even try” to keep me from criticizing “highly polarizing” Scalia:

The radical left-wing journalist tweeted that he doesn’t think the “don’t speak ill of the dead” rule applies to Scalia.

The mere act of dying does not make one a saint. https://t.co/ig1GO0fS09

....and what hate-tweet roundup would be complete without some disgusting commentary from the media’s favorite sex columnist, Dan Savage?

Dedicating the rest of this weekend's marital sodomy to the memory of Antonin Scalia.