The Six Nastiest Late Night Jokes Made About Ted Cruz

Ted Cruz is a diabolical, creepy, KKK card-carrying villain according to late-night comedians.

Has there been any other presidential candidate that the media have so vigorously gone out of their way to malign? We’ve already documented how often the news media have gone out of their way to viciously attack the Senator from Texas for his strong conservative stances. The new “comedy” coming from the left attacking Cruz though is a whole new level of unprecedented vitriol.

Apparently if it’s “comedy” and you’re a conservative, you’re open game for some pretty malicious accusations. Here’s a roundup of the most over-the-top comments made about Ted Cruz since December.

On the February 9 debut of her new TBS show, Full Frontal with Samantha Bee, the former Daily Show comedian made a point of ripping into Ted Cruz, calling him a variety of names and pretending to hang herself on the news that Iowa elected this “fish-faced horseshit salesman as the GOP’s prized heifer.”

Later in the segment Bee also joked that no one liked Cruz and he was holding his wife “hostage.”

On Tuesday’s Jimmy Kimmel Live!, the talk show host hosted another talk show host, Bill Maher, where Kimmel let him go on a long-winded rant about how much he hated Cruz.

“Oh, Ted Cruz is always the worst,” Maher said to laughter from the audience.

Maher went on to claim Cruz was evil and had hoodwinked his base.

I said it because he is. Because he's smart and evil. The other ones are true dummies, like Rubio, you know? He doesn't know what he's talking about. He just says the words. But Ted Cruz is diabolical. I mean, he always – he's smart. What I really hate about him – and this is what a true cynic is – he's smart but he knows what to say to his dummy base that they will believe.

3. Maher: Cruz is a “Slimy, burrowing, repulsive animal”, “the lesser of two assholes.” 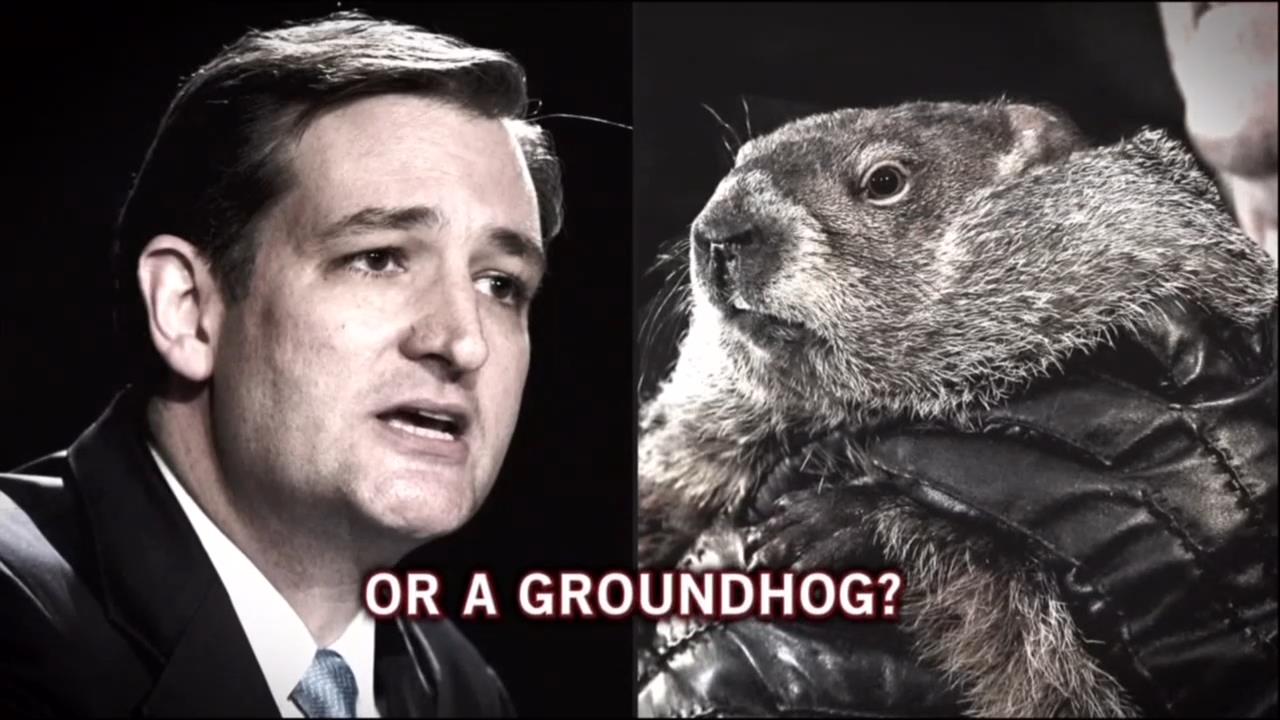 Maher also said that Cruz was the “lesser of two assholes” when compared to Trump.

4. SNL: Cruz is a creep and a “sneaky little weasel”

On Saturday Night Live February 6, the show opened with mocking Cruz as an egotistical creep whose family hated him. The actor playing Cruz called himself a “sneaky little weasel” who made bad jokes with a maniacal laugh. An actress playing his five- year-old daughter Catherine comes onto the stage and refuses to give her father a hug.

5. Maher: “You’re a creep first and a practiced liar second.”

On Real Time with Bill Maher January 31, the political comedian reiterated the common liberal refrain that Cruz is a “creep” and a “practiced liar.”

MAHER: And still Ted Cruz said, "I'm a Christian first, American second, conservative third, and Republican fourth." I would number that differently. I think you're a creep first, a practiced liar second…”

6. Nightly Show: “He’s going to do everything the KKK does.”

On Comedy Central’s Nightly Show with Larry Wilmore on December 15, Wilmore hosted a panel that included far-left comedian Aida Rodriguez. She drew gasps (followed by applause) from the audience when she lumped Cruz in with the Ku Klux Klan:

RODRIGUEZ: He's going to do everything the KKK does. That is his agenda. He falls in line with the KKK. Every single fucking thing that they do, he’s doing to do.

Earlier in the show, Wilmore bashed a video of Cruz shooting a gun:

“Do you know how small your dick has to be do something like that?...He’s just creepy.”

Cruz has been on the left’s radar for a long time. Even since the beginning of 2015 comedians David Letterman, Seth Meyers and Jimmy Kimmel were making particular efforts to criticize the GOP candidate in their opening monologues.