The Big Three broadcast network evening newscasts all touched on the revelation that Secretary of Defense Ash Carter used private e-mails for government business and this well after former Secretary of State Hillary Clinton came under fire for exclusively conducting her official email correspondence that way. That said, only the CBS Evening News downplayed the significance of the story by omitting any Republican criticisms or soundbites.

CBS's Charlie D'Agata quickly dispatched with the e-mail controversy at the beginning of his exclusive interview with Carter, which focused on the Obama administration's strategy for destroying ISIS. Neither D'Agata nor anchor Scott Pelley noted Republican anger over the e-mail scandal nor the interest the Senate Armed Services Committee has in investigating the matter.

You can read the relevant transcripts below: 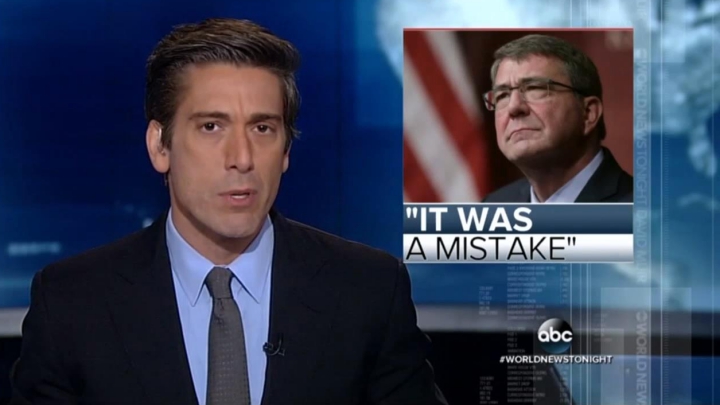 DAVID MUIR: In the meantime, to other news this evening, and to the acknowledgement from the Pentagon tonight, admitting Defense Secretary Ash Carter, on occasion, used a personal e-mail account for official business. Even after Hillary Clinton was already under fire for using her private e-mail. Tonight, Defense Secretary Carter saying he made a mistake. But this evening, many are asking how this could happen again? ABC's chief White House correspondent Jonathan Karl now.

JONATHAN KARL: Secretary Ash Carter was in Iraq today, but dogged by questions about his use of private e-mail for official Pentagon business.

ASH CARTER: Particularly someone in my position and with the sensitivities about this issue should have known better. I didn't do the right thing this is entirely on me.

KARL: In March, revelations about Hillary Clinton's use of private e-mail as secretary of state set off such a firestorm that the White House issued firm instructions to all administration employees that they were to use government e-mail for government business.

JOSH EARNEST, White House press secretary: Those guidelines have been made clear.

KARL: But it turns out Secretary Carter kept using his personal e-mail for at least two months after that, much to the surprise of the White House.

KARL to EARNEST: How is it that Secretary Carter kept on using his personal e-mail even after the White House made it perfectly clear that it was against policy, that it was not to be done?

KARL: Eventually, the White House found out Carter was still using private e-mail and asked him to stop. He did. Listen to what the State Department said today when asked if Secretary of State John Kerry ever uses private e-mail for official business.

JOHN KIRBY, State Department spokesman: The short answer is of course. You know, he can't prevent somebody from e-mailing him, if they have his private e-mail account.

MUIR: And Jon Karl joining us live now from the White House. Still seems to be some confusion over e-mail rules. But back to Ash Carter for a moment, Jon. Acknowledging his mistake today, but it doesn't appear that that's going to be quite enough.
KARL: No, it won't be. The Senate Armed Services Committee wants to review his e-mails to see if they included any classified information. Carter has pledged to cooperate with that investigation, David, and he has insisted that he did not include any classified info in his, in his e-mails.

SCOTT PELLEY: Secretary of Defense Ashton Carter said today that Americans will be seeing more buildup of U.S. forces in the fight against ISIS. Carter's interview in Iraq today with Charlie D’Agata was his first since the secretary acknowledged using a personal e-mail account to conduct official business, which is against federal rules. 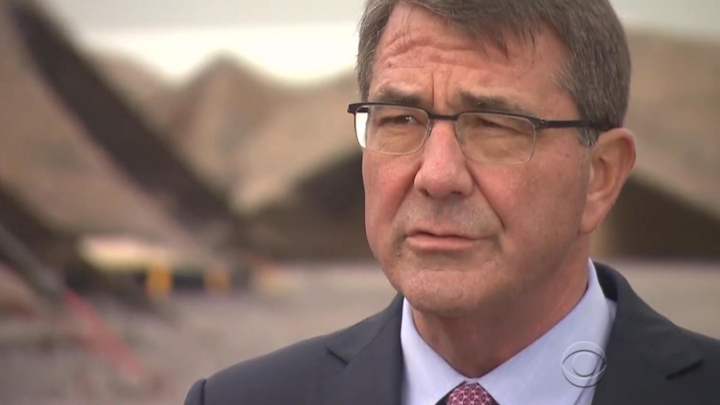 ASH CARTER: What I did, that I shouldn't have been doing, until a few months ago, was occasionally use my iPhone to send administrative messages, no classified information, and backed up as records.

I have to hold myself to absolutely strict standards in terms of cyber security, and doing things that are appropriate. I didn't in this case. It's a mistake. And it's entirely my own.

CHARLIE D’AGATA: We've just returned from Syria. We spoke to commanders there. They said you don't need training or equipment. We need heavy artillery. We need armored vehicles. We need antitank weapons to match the firepower against ISIS. Is that under discussion?

CARTER: Yes. And we've acknowledged that we're doing that, and we're doing that because they're effective firefighters, and that's exactly the kind of partner we’re looking for.

D’AGATA: They suggested to us there may even be the introduction of more forces.

CARTER: Absolutely. President Obama wants us to accelerate defeat of ISIL. So he is open to it – and I've made it clear to my commanders, I want to get this done both in Iraq and Syria.

D’AGATA: Americans might be concerned when they hear about more equipment, more involvement, more troops.

CARTER: They are going to hear about us doing more because we need to defeat ISIL, we need to do it quickly. So we need to enable capable and motivated local forces- – that's our strategic approach. Have them with our active help.

D’AGATA: Are you winning or is it containment?

CARTER: Oh, we'll win. I don't have any question about it. We want to win faster, and that's what I'm here for.

D’AGATA live shot: A big part of the problem is getting Baghdad on board, Scott. The secretary of defense failed to get the Iraqi government to accept more U.S. help. It doesn't play well at home that America is doing their bidding for them. 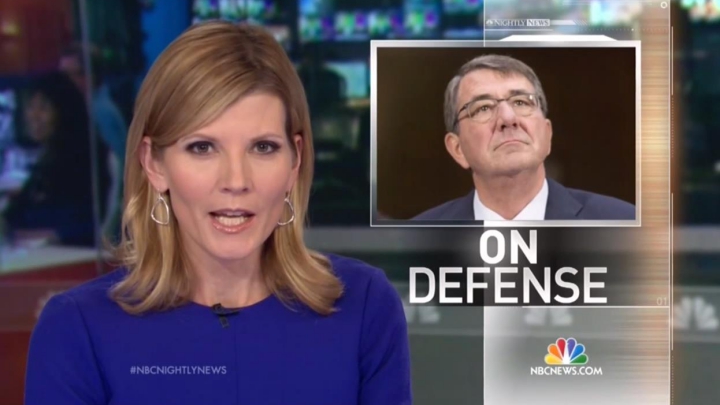 KATE SNOW, substitute anchor: Secretary of Defense Ash Carter is under fire tonight after he admitted using a private e-mail account for some official business. Carter says he made a mistake, though as Pentagon correspondent Jim Miklaszewski reports, Carter continued to do it even while Hillary Clinton's use of private e-mail made headlines.

Secretary ASH CARTER: This is a mistake I made with respect to e-mail, entirely my mistake. Entirely on me.

CARTER: Somebody in my position and with the sensitivities about this issue should have known better.

MIKLASZEWSKI: But he didn't. Carter started using his personal e-mails from the time he was sworn in as defense secretary in February. Just a month later, the scandal over Hillary Clinton's exclusive use of personal e-mails when she was secretary of state exploded on Capitol Hill with accusations she destroyed some of those e-mails.

Rep. TREY GOWDY (R-S.C.): Was it a mistake for the four years that you had that e-mail arrangement?

HILLARY CLINTON: I did the best I could during those four years and thought that everything that I was e-mailing that was work-related was being preserved.

MIKLASZEWSKI: Despite the public uproar, Carter continued to use personal e-mails for seven months. Even ignoring a White House warning last May.

JOSH EARNEST, White House press secretary: The White House chief of staff did ask the counsel’s office here at the White House to contact senior officials at the Pentagon to alert them to concerns about the, about e-mail use.

MIKLASZEWSKI: Republicans like Senator John McCain calling for an investigation.

Sen. JOHN McCAIN (R-Arizona): I wonder what planet that ash Carter was residing on when this whole thing broke about Hillary Clinton. Wouldn't a normal person say, “hey, she's in trouble for doing what I'm doing”?

MIKLASZEWSKI: Pentagon officials insist there were no secrets or classified information in any of those personal e-mails. But critics already raising questions about Secretary Carter's judgment. Kate.