CBS’s O’Donnell to Gov. Haley: Does GOP ‘Have a Problem With Women Voters?’

South Carolina Governor Nikki Haley sat down with CBS This Morning’s Norah O’Donnell for an exclusive interview that aired on Wednesday and the CBS anchor made sure to push the liberal line about whether or not the GOP has a “problem with women voters?”

For her part, Haley argued that there were numerous “Republican women governors that are all fantastic,” but O’Donnell continued to hit the GOP governor over her party’s supposed “problem with women voters.”

This was not the first time that Norah O’Donnell has questioned a female Republican politician about the GOP’s supposed problem with women voters. In January, the CBS host sat down with newly elected Congresswoman Elise Stefanik (R-N.Y.) and made sure to ask “does the Republican Party have an image problem?” 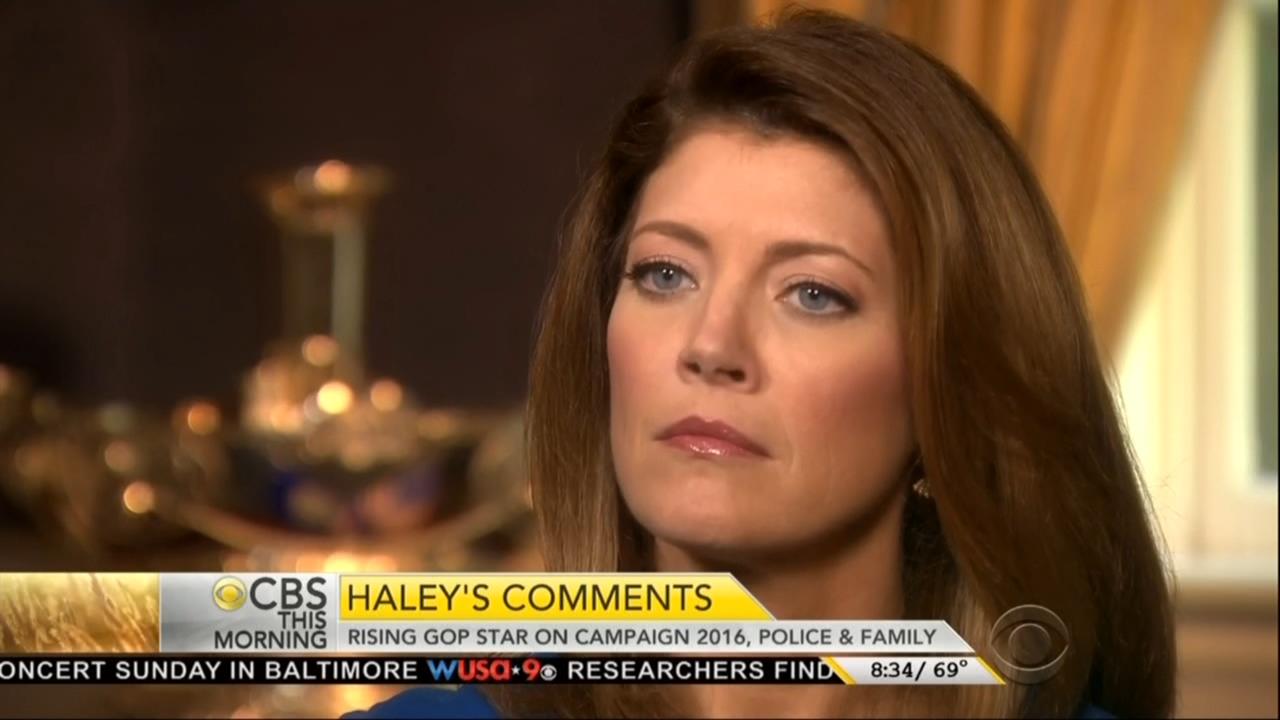 Just as Haley did, Stefanik rejected O’Donnell’s liberal assertion that the GOP has an “image problem” with women and minority voters:

The rest of O’Donnell’s interview with Nikki Haley was very positive as the CBS host praised the governor for fixing the state’s budget and for having an inspiring story as an Indian-American. Unfortunately though, the former MSNBC host couldn’t asking taking one liberal question of Haley as she suggested that the GOP has problems with women voters.