CNN's Conservative Problem Gets MUCH Worse 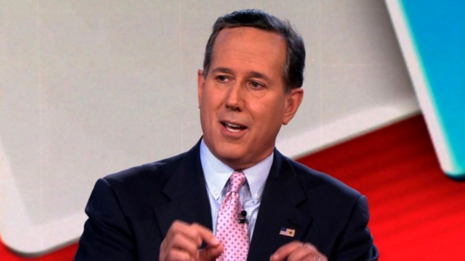 So here is the headline that opened the week.

Rick Santorum, a former Senator from Pennsylvania, can now be added to this list of names:

And, oh yes, yours truly.

What do we all have in common with Rick Santorum? All of us have been “quietly dropped” from CNN as commentators. And in my case there was actually nothing “quiet” about it.

And oh yes, there’s something else we all have in common. To a person we are all conservatives and - gasp! - Trump supporters.

CNN has an utterly perfect right to hire and fire whomever they want. I certainly never disputed that and Rick Santorum doesn’t either.

The real problem here is CNN pretending that we are not targeted because we are conservatives or Trump supporters.

In my case, long before I was dispatched, CNN president Jeff Zucker told me personally that he was “protecting” me. I told him I was appreciative and recall even saying that I was expendable. I believe in being a team player and I was, after all, on the CNN team.

But I quietly wondered to myself why I needed to be protected at all. I was, after all, your basic Reagan conservative. Ronald Reagan was a twice-elected-in-landslides president. He, his supporters like myself - and he was also my boss - were decidedly in the middle of mainstream conservative thought.

The answer as to why I needed protection at CC, in part if not in whole, was that I was a Trump supporter.

Over there at The Wall Street Journal columnist extraordinaire Dan Henninger has a piece about the controversy swirling around the creation of a commission to investigate the events of January 6th. In which he says this - bold print for emphasis supplied:

“Years hence, historians sifting for the facts of American politics the past five years will have to address the phenomenon called Trump Derangement Syndrome.

Commonly, TDS refers to the damage done to individual psyches consumed with animosity toward Donald Trump, an effect he relished and fed. Less explored is the damage TDS did to the U.S. political system’s ability to function, as now with a Jan. 6 commission.

Democrats and the media will deny this to their graves, but the wellsprings of American politics have been poisoned for years by the Russia-collusion narrative.”

Indeed. And CNN -- not to mention other liberal media outlets - have been seriously damaged with TDS.

What became apparent with my own experience and is now cited by Rick Santorum in his own case is that far --  leftwing groups have made it their policy and practice to shut down and silence conservatives in the media. This is now commonly referred to as cancel culture, and it has spread and is spreading far and wide beyond CNN.

But make no mistake. CNN was an early target. And the network’s response has been, in essence, to let these various anti-free speech and quasi-fascist organizations (and some of them not so “quasi”) pressure them into firing conservatives. Silencing us.

This, problem, as mentioned, has spread far beyond CNN. But there is a big difference in the way CNN handles this pressure as compared to other networks.

Fox, Newsmax and One America News ignore this pressure. Campaigns to bully the sponsors of Fox’s Tucker Carlson, Sean Hannity and Laura Ingraham have failed because Fox has their backs. The idea of Democrats in Congress to bully cable carriers into dropping all three networks has failed. Those repeated attempts to silence the late Rush Limbaugh all failed.

But as the firing of Rick Santorum -- and, earlier, all the rest of we conservative CNNers -- illustrates, if nothing else it shows just how cowed CNN is by the left-wing mobs. Which is to say, CNN has a conservative problem.

America is now in the midst of the Memorial Day holiday. And yes, it is a time to celebrate with family and friends.

But it is worth remembering that all of those Americans who gave their lives on distant battlefields of long ago and not so-long-ago wars did so to preserve cherished American freedoms.

And when a major television network folds like a cheap suit to leftist ideological bullies it is, to say the least, disappointing.