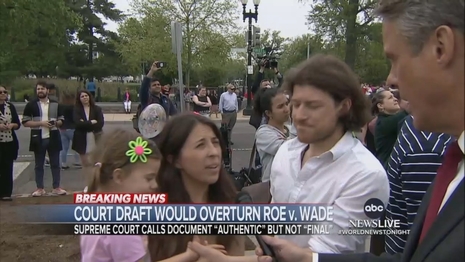 They showcased the most ardent pro-abortion voices on their evening and morning news programs, while pro-life advocates were barely heard from, often set-up as oppressors out to “deny women their rights.”

MRC analysts looked at 86 stories and/or interview segments on the Big Three (ABC, CBS, NBC) evening and morning shows from the morning of May 3 (the day after the Supreme Court abortion case leak) through the morning of May 10 and found a whopping disparity in soundbites and guest appearances with abortion advocates overwhelming abortion opponents by a 153 to 57 count. 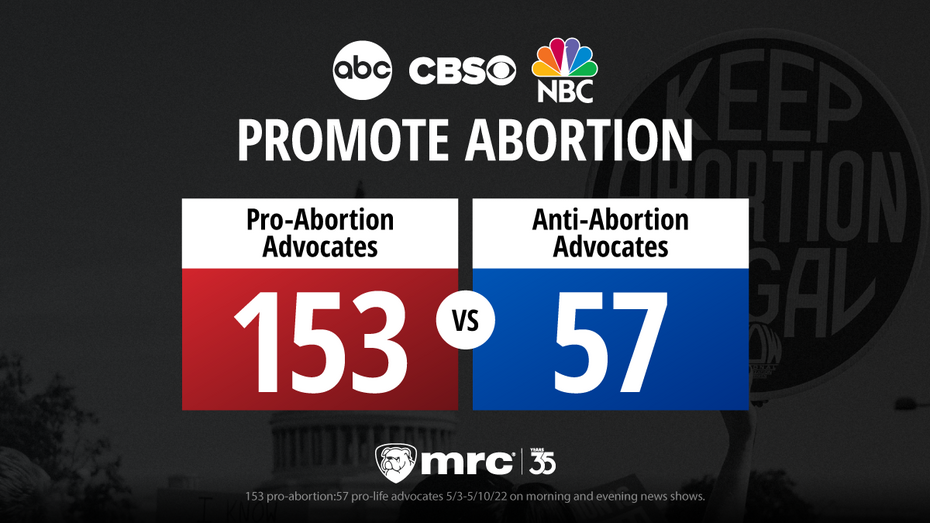 Viewers were far more likely to see pro-abortion voices like Hillary Clinton criticize  conservatives. On the May 5 CBS Evening News, anchor Norah O’Donnell let the 2016 Democratic presidential nominee rail as she “warned about” overturning Roe “in the campaign” as she “could see that the man I was running against would literally do anything to get the votes of the extreme faction of the Republican Party who were willing to totally upend precedent and deny women their rights.” Clinton added “This [Alito] opinion is dark. It is incredibly dangerous.”

The fact that pro-life movement and conservative Republicans were able to get justices like Samuel Alito nominated to the Supreme Court is quite amazing given the outright unfairness and obstruction that abortion opponents faced from the leftist media.