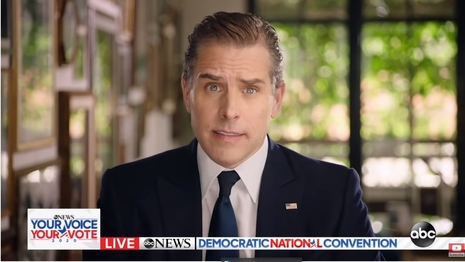 On the debate stage last Thursday, President Donald Trump pressed Joe Biden on his son’s shady business dealings, even going so far as to invite Hunter’s former business partner Tony Bobulinski (who confirmed the legitimacy of Hunter’s e-mails involving a Chinese deal) to the event.

However, the Big Three (ABC, CBS, NBC) refused to care, as the name Tony Bobulinski has yet to be uttered on their evening or morning shows.

Since the morning of October 14, when the New York Post published new evidence of Hunter Biden’s corrupt business dealings with Ukraine and Joe Biden’s potential knowledge of it, the broadcast nets have buried the allegations. Even when journalists mentioned the story, they devoted much of their time to knocking it down.

From Wednesday, October 14 through the morning of October 27 MRC analysts looked at the ABC, CBS, NBC evening and morning shows and their Sunday roundtable programs. Out of a total of 113 hours of news programming, there was less than 22 minutes (21 minutes, 46 seconds) spent on the latest scandals involving Joe Biden’s son. 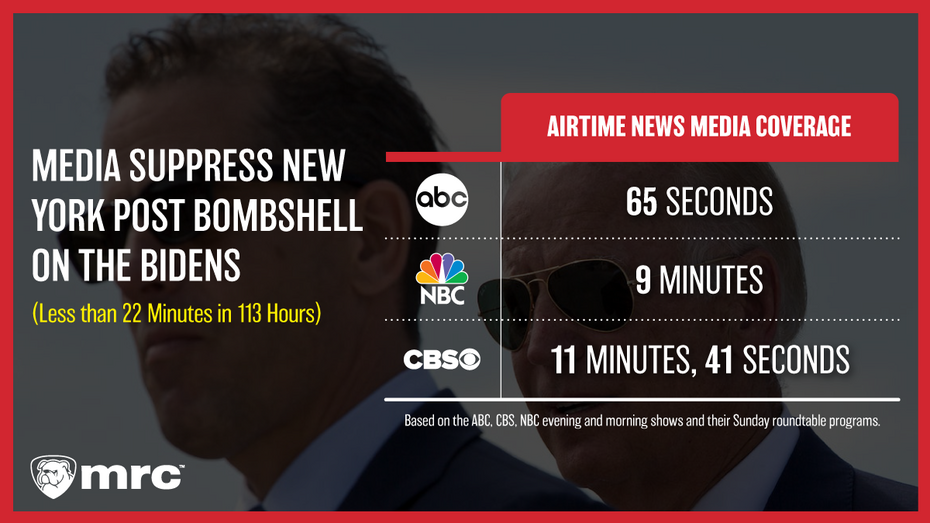 The failure of the three evening newscasts to cover this story is especially glaring. Over the 14-day period the three evening news broadcasts aired 27 newscasts without mentioning the Hunter Biden scandal. ABC’s World News Tonight maintained a blackout on 10 out of 11 broadcasts. CBS Evening News mentioned the scandal on just three out of 11 possible broadcasts. NBC Nightly News brought up the Hunter scandals on only four out of 13 broadcasts. [Some weekend broadcasts were preempted by sports programming]

On the October 23 edition of ABC’s Good Morning America, correspondent Mary Bruce knocked down the latest revelations as she alerted her audience to what she denigrated as “unverified claims.”

DONALD TRUMP: He is the vice president of the United States and his son, his brother and his other brother are getting rich. They’re like a vacuum cleaner. They’re sucking up money.

JOE BIDEN: I have not taken a single penny from any country whatsoever. There’s a reason for it. He doesn’t want to talk about the substantive issues.

Previously, CBS’s Anthony Mason had scoffed at the “suspicious new claims,” while NBC’s Hallie Jackson called it “so dubious... some intelligence experts think this has the hallmark of, like, a disinformation campaign meant to interfere with the election.”