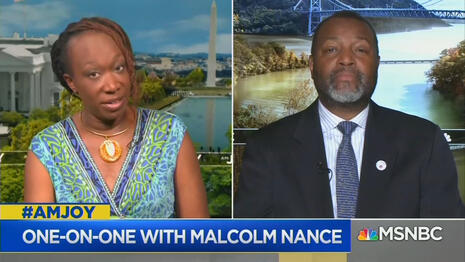 The past two weeks have seen network and cable reporters and hosts stoke their liberal audience fears with tales of “dictator” Donald Trump unleashing his “stormtroopers” on “peaceful” protesters.

They also gloated that the “virus” was “winning” and the only cure for it and Trump’s “reign of terror” and “error” was to vote for his “worst nightmare” candidate — the “conservative” Joe Biden.

The following is a top 13 countdown of the most ridiculous outbursts from lefty network and cable journalists from the past two weeks:

13. Trump Will Declare Martial Law to Stay In Power

“Is there anybody, having watched Donald Trump for the last three-and-a-half years, who doesn’t think that Donald Trump would try to employ martial law if he thought it was the only way he could stay in power?”

“Let’s be honest. The President in the middle of a deadly pandemic, with four million cases, with over 150,000 Americans dead, is functioning at the level of a child and not even a child who is really connected to reality.”

“This morning, the virus is winning, and now the President is in full retreat. In retreat from his own decisions, actions, and rhetoric that gave the virus an edge.”

“The President is incredibly frustrated in that he cannot find an effective frame for Joe Biden. This is like the nightmare candidate for him. Another septuagenarian, relatively culturally moderate, conservative even, white guy, that is not the person the president wants to run against.”

8. Trump Appealing to His “Klan-Like Base”

Host Whoopi Goldberg: “Two days ago, the guy in the White House said in an interview that white people are killed by the police more than anyone else, and flying the Confederate flag is freedom of speech.”...

MSNBC’s AM Joy substitute host Tiffany Cross: “I think of the horrific brutality black people have faced at the hands of law enforcement, I wonder what would possess a President to say something like that, and it’s really because he’s tossing red meat to his klan-like base that he needs so desperately to win in November.”

MSNBC contributor Steve Schmidt: “The President of the United States is a constitutional vandal and a political arsonist….and he has loosed violence in America’s cities at an epic level. What we’re seeing is illiberal, it is illegal, and it is dangerous…. It’s federal thuggery — and it’s frightening….This should scare the hell out of every American.”

“A generation ago, when federal forces were deployed into American cities, it was a relief to people of color because it meant that a little girl may get walked into school….the cavalry was coming. Now, when federal forces are being deployed into America’s cities, it’s to tear gas and abuse people and in some cases just snatch people off the streets without identifying themselves and essentially to kidnap them. It’s a secret police sort of, you know, vibe instead of a cavalry.”

5. Dangerous to Democracy Trump “Beat the Hell” Out of It

“We have this narcissist, this selfish person, who’s greedy, who’s running the country and he’s the avatar for a kind of selfishness that we’re seeing across the country with regard to masks, Mika. Liberty is now a word, a synonym, for selfishness and self interest. Liberty trumps national sacrifice. Liberty is in this moment, in Donald Trump’s hands, a bludgeon, a tool to really beat the hell out of democracy.”

4. “Dictator” Trump’s “Fascism” Is the “End of Democracy”

Co-host Joy Behar: “I’m witnessing fascism in America now….This is the beginning of the end of democracy. If we re-elect this guy [Donald Trump] I do not even want to think about what will happen to this country.”...

Co-host Whoopi Goldberg: “This feels like a planned attack against the American people.”...

Behar: “You know what this reminds me of? Back in the day when the militia — or whatever they were — killed that kid….those children at Kent State, when our government is actually killing American citizens, children, they were college kids, it’s the same. We were horrified then, we’re horrified now. [Richard] Nixon had to go, and this President has to go, otherwise we have no country.”

3. Who Will Stop Trump From Killing Small Business and People?

2. Vote to End Trump’s Reign of Terror and Error!

“If you want to end this reign of terror — this reign of error, in terms of COVID — you’ve got to vote. And the idea that, somehow or another, because you think — one thinks that Trump is an idiot or he’s, you know, he’s a racist, whatever you might think — one might think — it’s not going to matter if what happened in 2016 happens again.”

Host Joy Reid: “I’m almost afraid to ask you what you think is going to happen from here, because Donald Trump is in trouble in the polls, he’s struggling to beat Joe Biden in any polls that I’ve seen so far. And, you know, typically, if somebody is an autocrat and has that tendency, don’t they get more dangerous the more cornered they are? And what do you predict going forward?”

MSNBC contributor/author Malcolm Nance: “I think it was our colleague Clint Watts who may have said the most dangerous period in American history might be from November 4th until January 21st, 2021. Who knows what a cornered autocrat will do? For Donald Trump, I think this is his moment, where he is going to change American history by fundamentally changing the United States into the dictatorship he has always wanted.” 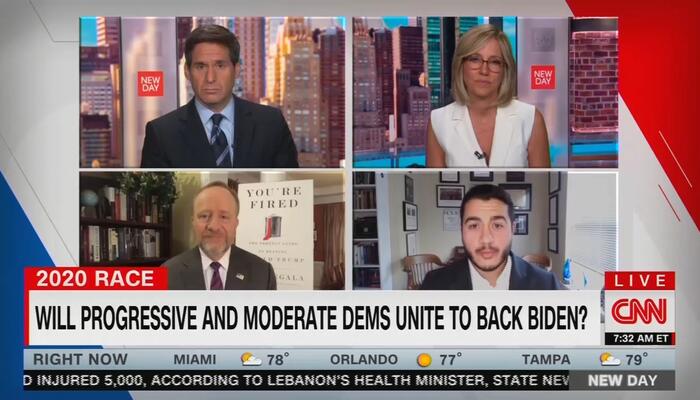 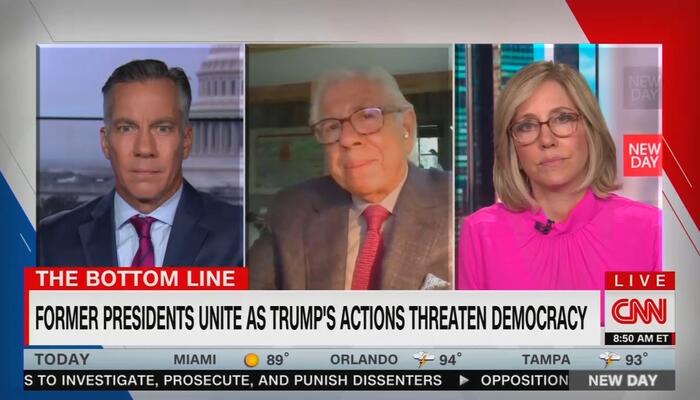 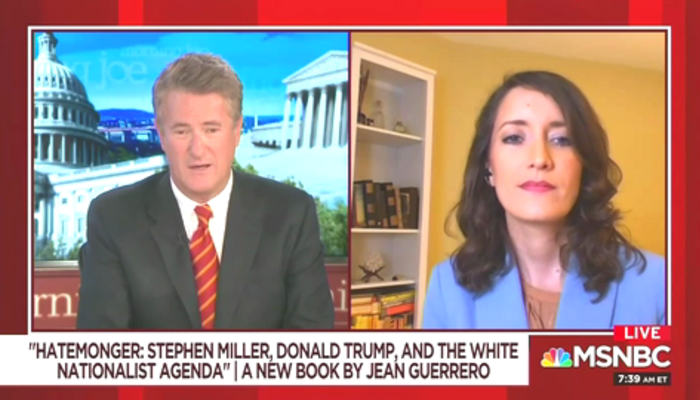