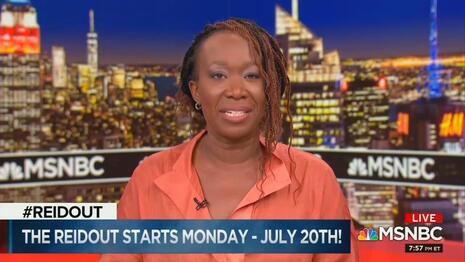 Tonight, Joy Reid moves from her weekend morning show AM Joy into a precious primetime 7 PM Eastern spot on MSNBC. It’s that network’s way of rewarding her nine years of spewing hatred against conservatives. Reid is an anchor whose radicalism stands apart even from left-wing colleagues like Rachel Maddow and Lawrence O’Donnell.

In 2017, with Republican Congressman Steve Scalise still recovering from an attack by a crazed leftist, Reid couldn’t resist politicizing the tragedy as she took a cheap shot at the congressman’s record. On June 17, 2017 Reid tweeted “Rep. #Scalise was shot by a white man with a violent background, and saved by a black lesbian police officer, and yet...”

She then accompanied the tweet with a graphic of what were, in her view, his political offenses: “Rep. Steve Scalise’s Record: Co-sponsored bill to amend Constitution, Define marriage as between a man and a woman; Voted for GOP House health bill; Co-sponsored bill to repeal ban on semiautomatic weapons.”

Before her AM Joy hosting stint, Reid had a long history of liberal activism. In 2004 she was Florida deputy communications director for the progressive group America Coming Together. She was a press aide in Florida for Barack Obama’s 2008 presidential campaign. From 2011-2014 she was Managing Editor of NBC News-owned TheGrio.com and an MSNBC contributor, 2011-14. And from February 2014-February 2015 she was host of MSNBC’s The Reid Report.

Reid is currently in legal trouble for disparaging private citizen and Trump supporter Roslyn La Liberte as a racist. On July 15 the Second Circuit Court of Appeals revived a libel suit against the MSNBC host for her wrongfully claiming that La Liberte had screamed “dirty Mexican” at a boy holding a protest sign, during a June 2018 Simi Valley, California city council meeting.

Reid’s radicalism at AM Joy was sponsored by such companies as Verizon, Wayfair, Sandals Hotels and Resorts, and Celebrity Cruises.

Here’s a brief montage (by the MRC’s Bill D’Agostino) of Reid’s attacks on conservatives:

The following is a Top 15 countdown of the most atrocious outbursts from Joy Reid, as culled from the MRC archives:

“It’s hardly news that Trump has always had designs on reigning as a monarch with unlimited power, rather than serving as a mere president in a democracy. But with the country facing an unprecedented public health crisis, what lengths might he, backed by an Attorney General whose writings and actions point to a fundamental belief in an all-powerful presidency — at least when the would-be king is a Republican — what lengths might Trump go to, to expand his power under the guise of national security?”

“Can the Hobby Lobby craft store chain, and Conestoga Wood Specialties of Pennsylvania claim that covering contraception in their employees’ health plans violates their rights under the Religious Freedom Restoration Act?...The Court that will decide includes six Catholic justices — some of whom have not been shy about asserting their religion.... The question is, do you trust this Court to make those decisions?”

13. Screw “Uniting” the Country! “Trump Is Dangerous” for Minorities!

“Particularly for voters of color, there is no conversation of interest to talk about uniting, to be blunt, with the party that has given up not just its moral standing, but its soul….to people who look like me, it’s about imminent danger. Donald Trump is dangerous to our families, he’s dangerous to our lives.”

12. Trump is the Republican “George Wallace”

Host Willie Geist: “What do you hear when you hear ‘Make America Great Again’?”

MSNBC’s AM Joy host Joy Reid: “I hear exactly that. I hear make America a country that, in the 1950s, meant white Christian men had dominion over everyone else. That’s exactly what it means when I hear it. It’s George Wallace. He’s just Republican George Wallace.”

11. Hillary Most Qualified Candidate Since Jefferson and Adams

Correspondent Joy Reid: “If you look at Hillary Clinton’s qualifications, I mean, my God, since the Founding Fathers, has anyone tried to run for president with more on their resume?”

Reid: “Maybe John Quincy Adams. True, true, true. Jefferson, Adams, I mean you have to go back literally to the 18th century to find somebody with a more packed resume than Hillary Clinton.”

AM Joy host Joy Reid: “I think Democrats need to make a gut check, is it worth siting around that table with this man, given that he has now put his racist views on the table.”

Reid: “Yeah, they will. The Republicans will fall in line. As you said, they’re the North Korean army marching behind the Dear Leader.”

“Church...family...police... military...the national anthem...Trump trying to call on all the tropes of 1950s-era nationalism. The goal of this speech appears to be to force the normalization of Trump on the terms of the bygone era his supporters are nostalgic for. #SOTU”

8. GOP Taking America “Back to the Dark Ages”

“Trump and Mitch McConnell’s tag-team effort to stack the courts, including the Supreme Court, with right-wing judges has made the Christian far-right so confident, they’re pushing through laws in multiple states under Republican control that essentially send women back to the Dark Ages.”

7. Trump Voters Thought He Was Only Going to Hurt the “Brown People”

“Trump won in the Rust Belt in those states saying he was going to repeal and replace ObamaCare because we thought at the time that he understood that his voters hated the ‘Obama’ but they liked the ‘care.’ They didn’t see him as a guy who was going to come and cancel their Medicaid. They thought he was Daddy Warbucks. They thought that he was just going to cancel undocumented people’s Medicaid that they don't get. They just assumed that he was going to get all the brown people to stop, quote, ‘taking what’s theirs,’ but that they were going to keep their stuff.”

6. Cursing Roger Ailes Upon His Passing

“[Roger] Ailes main legacy will be telling a generation of conservatives that their deepest fears were real, and their crudest fantasies were valid.”

5. With Trump, “Cruelty Is the Point”

“I’m hoping that the debate participants get a chance to answer....how do you restore a sense of the America that we’ve said we are for the longest time? Because what Donald Trump has done is dismantle that America and replace it with this, with deliberate cruelty to children, with this hideous system that legitimately gets talked about as concentration camps....What we see is horror, and the horror is deliberate. The cruelty is the point. His base wants to see this cruelty to prove to them that he is hurting the right people....This is what they want to show the world, that we’re willing to be as cruel as you could possibly be, maximally cruel to children in order to scare brown people out of coming here.”

4. How Do You Sleep At Night, NRA Members?

“The @NRA is soaked and bathed in blood. How do its adherents sleep at night?”

3. “Annihilated” Women “Shrieking Out In Agony” Over Being Taken “Back to the ’50s”

“This is a country that was founded, to be blunt, on the idea that being a free white landed male gave you super citizenship, that you were more a citizen than anyone else. Mitch McConnell has decided that order means that people like Mitch McConnell, men like him rule....He is restoring order as he and people like him understand it. And they will impose it on the people like those people who are protesting. Women who are shrieking out in agony, saying, ‘You cannot impose this on us, you can’t send us back to the ’50s.’”

MSNBC host Joy Reid: “He is an autocrat. In his mind, he wants to be president for life.”

Deutsch: “And tendencies, many tendencies like Adolf Hitler. I said it. Throw me off the air.”

Reid: “At minimum what Donald Trump has done, at the most generous, he’s taken the Republican Party of the United States and turned them into the National Party of South Africa from 1948 until 1990. Because that party was a purely Christian fascist. They called themselves Christian nationalists.”

1. Should We Let Shooting Get In The Way of Calling Steve Scalise a Hater?

“Obviously it’s a delicate thing because everybody is wishing the congressman well and hoping that he recovers, but Steve Scalise has a history....we’ve all been forced to sort of ignore on race. He did come to leadership after some controversy over attending a white nationalist event –  which he says he didn’t know what it was. He also co-sponsored a bill to amend the Constitution to define marriage as between a man and a woman. He voted for the House health care bill which....would gut health care for millions of people, including three million children. And he co-sponsored a bill to repeal the ban on semi-automatic weapons. Because he is in jeopardy and everybody is pulling for him, are we required in a moral sense to put that aside at the moment?”

— Host Joy Reid immediately after Rep. Steve Scalise was shot on an Alexandria, VA baseball field, as aired on MSNBC’s AM Joy, June 17, 2017. 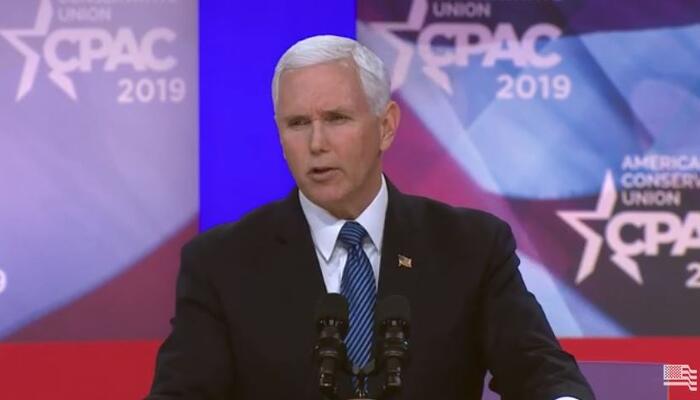 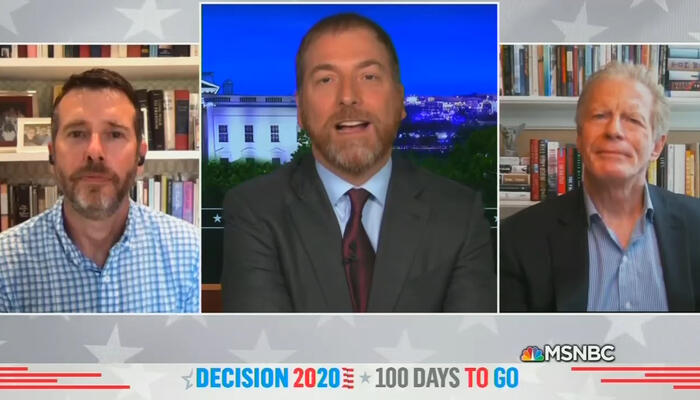 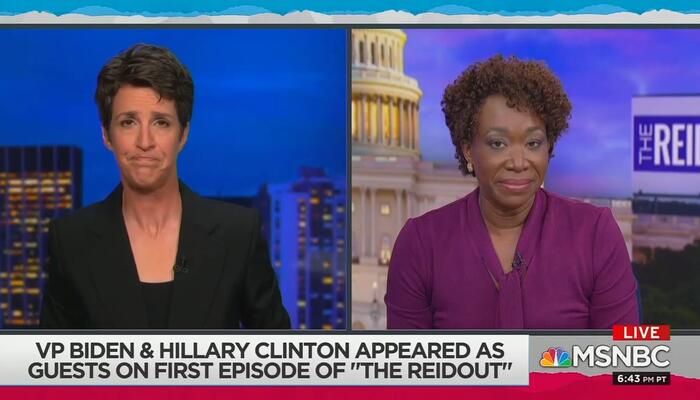 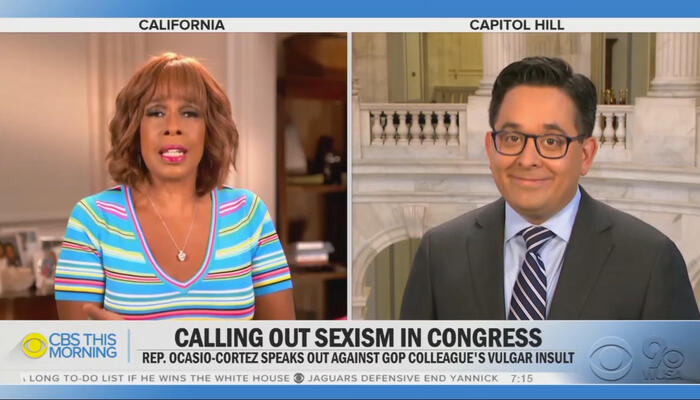 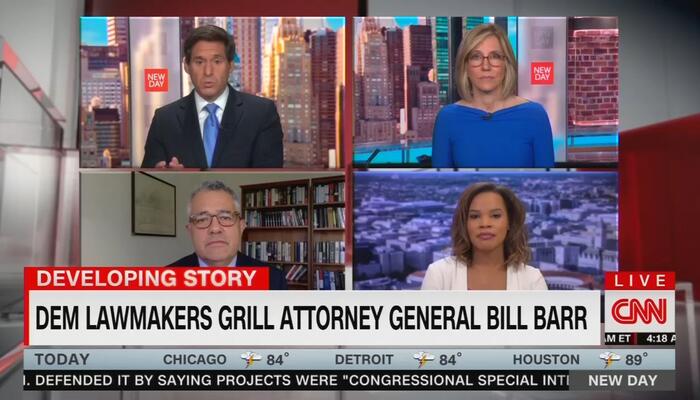 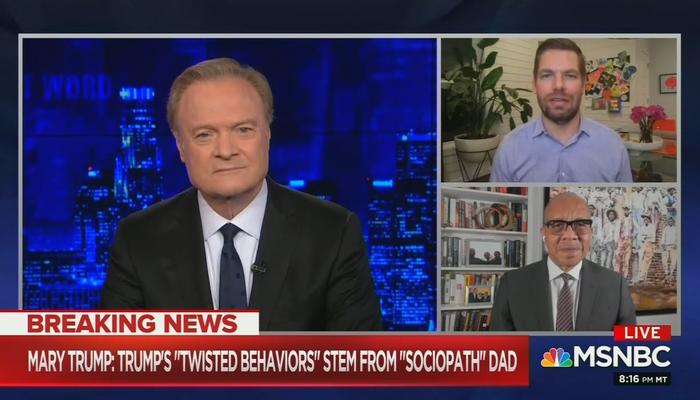