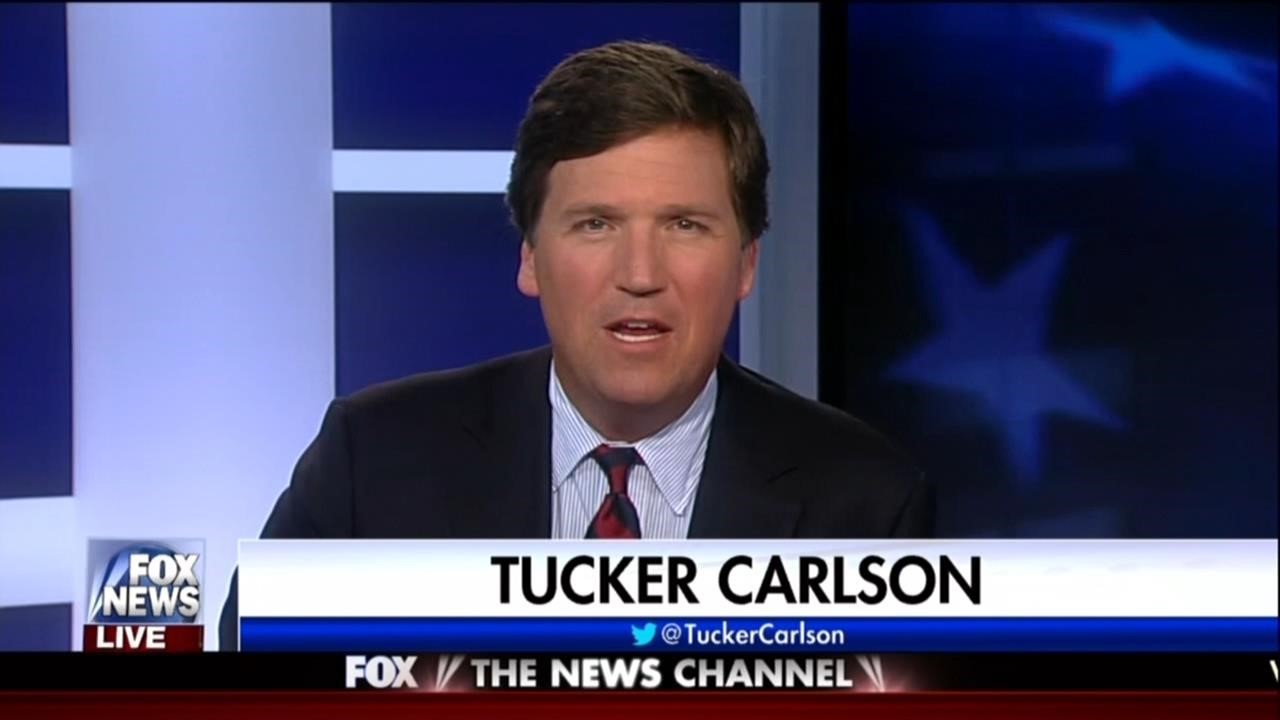 Well, that didn’t take long. On the very morning it was announced that Tucker Carlson was taking over Megyn Kelly’s timeslot on Fox News, the move was immediately denounced as a win for those women haters at FNC.

The following is Wemple’s opening graphs from the January 5 story:

Just before Christmas, Fox News host Tucker Carlson laid out his worldview in an episode of his new 7 p.m. program, “Tucker Carlson Tonight.” He interviewed Lauren Duca, an ascendant correspondent for Teen Vogue whose writing about Donald Trump had stirred a great deal of interest on social media. As the interview wore on, Carlson’s objective outed itself: He strove to belittle Duca by nitpicking her writing and questioning her credibility for political writing in light of the fact that she’d also covered fashion, including one story with the headline “Ariana Grande Rocked the Most Epic Thigh-high Boots at Jingle Ball.” “You should stick to the thigh-high boots. You are better at that,” said Carlson.

First problem: Following that segment, Duca received all manner of threats. Second problem: In seeking to sideline Duca from political reporting and confine her to fashion coverage, Carlson was engaging in sexist media management. For years, female journalists were restricted to the pink ghetto of the “women’s pages,” where they were charged with soft coverage areas such as fashion, the arts, entertainment, food and the like.

More stuff like that, Fox News all but screamed today.

Wemple then reminded his readers of FNC’s controversies last summer: “By virtue of tough interviews, real coverage of Trump and adept implementation of Fox News programming obsessions, Kelly made this slot a prime commodity. She also suffered a mountain of sexist abuse from Trump after she posed a tough question to him at the first GOP primary debate in August 2015....These changes to the Fox News prime-time lineup follow a tempestuous summer at the network. Roger Ailes, who founded the place back in 1996, was ousted in a sexual harassment scandal. ”

The Washington Post media critic also linked to a blog focused on Carlson’s alleged sexism over the years: “As this blog noted in an extensive story on the move, Carlson had established a legacy of disrespect for women and for solid reporting while at the Daily Caller — a record that appeared to have assisted him in securing his gig.”

Wemple closed the article with a quote from former Mayor Bill de Blasio spokeswoman Amy Spitalnick, who had a nasty dustup with the Daily Caller in March 2015:

Spitalnick elaborated in a comment to the Erik Wemple Blog: “Replacing a woman who’s faced misogyny with a man who openly condones it is a sad metaphor for our politics right now. Misogyny is alive and well — and it makes it all the more incumbent on journalists, and all of us, to call it out.”