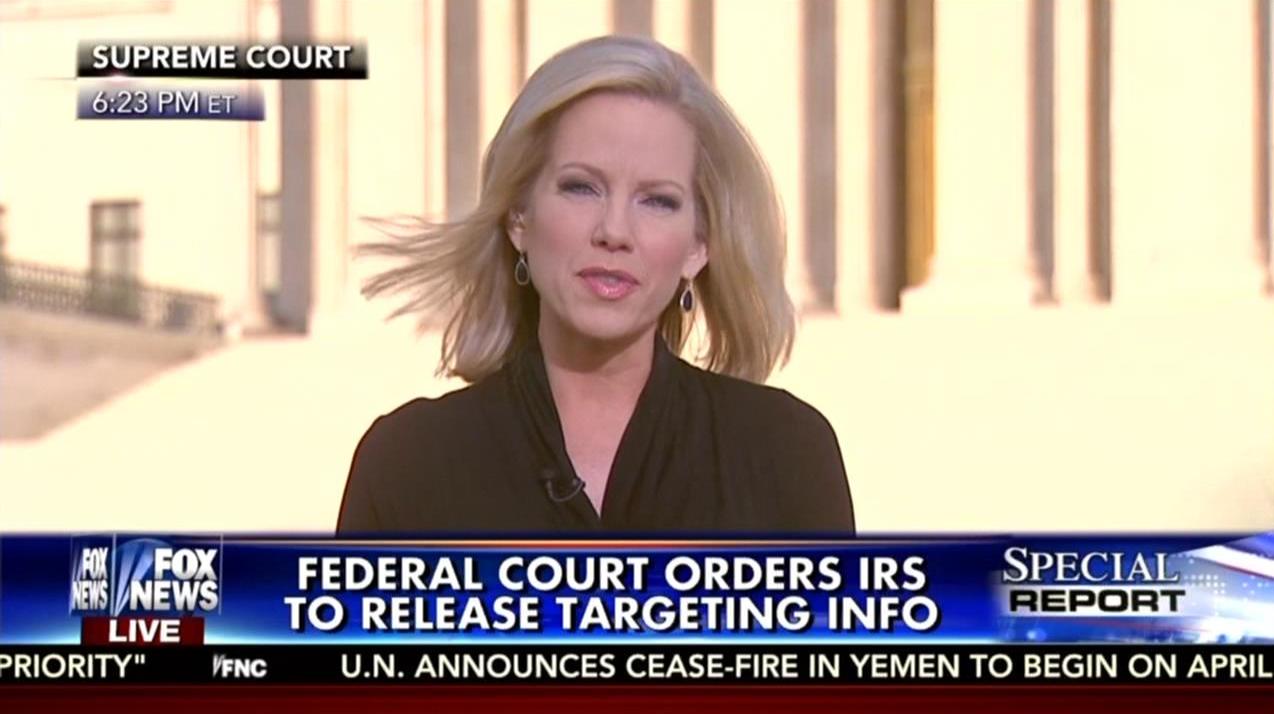 The latest stunning development in the IRS targeting scandal, that a federal appeals court on Tuesday scolded the IRS for failing to turn over its full list of groups it targeted, has yet to be reported on any of the Big Three (ABC, CBS, NBC) network evening or morning shows.

However, as NewsBusters’ Scott Whitlock reported, all three networks on Thursday found time to gush over Barack Obama’s “fancy footwork” and “dancing diplomacy” in Argentina.

In fact, it’s been 513 days since any network has touched the IRS scandal. The last mention arrived on the October 28, 2014 edition of CBS This Morning when John Dickerson noted voters in states that would decide control of the Senate in the 2014 midterms were skeptical of the government due to a “series of different things from the Secret Service to Ebola to the IRS scandal.”

The last time NBC noted the IRS scandal was 540 days ago on the October 5, 2014 Today show, when NBC’s Meet the Press host Chuck Todd briefly noted that public skepticism about the government’s handling of the Ebola crisis was well-earned due to “Secret Service blunders, IRS losing e-mails, the Veteran Affairs Administration botching all these wait times.”

But that’s nothing compared to the IRS scandal news drought on ABC. The last time the IRS targeting imbroglio got any airtime on ABC was 686 days ago in a 16 second brief by Amy Robach on the May 8, 2014 edition of Good Morning America, when Robach reported that “six Democrats have joined Republicans in the House” to hold Lerner in contempt of Congress.

Since then there have been multiple revelations gone unreported by the networks including Barack Obama’s Justice Department ending its investigation without any criminal charges filed for Lois Lerner and the subsequent announcement that the House had begun procedures to impeach IRS Commissioner John Koskinen. Also unreported: the discoveries that Lerner used another personal e-mail account to conduct government business that utilized the alias “Toby Miles” and called Republicans “evil and dishonest.”

Of course, Fox News did the reporting the networks refuse to do on the latest IRS scandal development. On the March 23 edition of Special Report with Bret Baier, correspondent Shannon Bream discussed the appeals court dressing down of the IRS with Baier:

BRET BAIER: Some of the lower courts are getting involved, Shannon, with the IRS. What’s this all about?

SHANNON BREAM: Yeah. This stems back to ongoing litigation with regard to allegations that the IRS targeted conservative groups when they apply for tax-exempt status. Some of those groups said they’ve turned over thousands of pages worth of documents but the IRS has stone-walled them. Well at least one federal court has had enough. Not only ordering the IRS to turn over those documents but also sort of dressing them down, saying that they have been dragging out this whole process. Much like they are alleged to have dragged out the application process. Our understanding is now the IRS has just a matter of days to get together those documents and turn them over. Bret?

BAIER: That is a big story that’s not getting a lot of coverage. And we’ll stay on it. Shannon, thank you.

Back on March 22, The Washington Times’s Stephen Dinan reported the following:

A federal appeals court spanked the IRS Tuesday, saying it has taken laws designed to protect taxpayers from the government and turned them on their head, using them to try to protect the tax agency from the very tea party groups it targeted.

The judges ordered the IRS to quickly turn over the full list of groups it targeted so that a class-action lawsuit, filed by the NorCal Tea Party Patriots, can proceed. The judges also accused the Justice Department lawyers, who are representing the IRS in the case, of acting in bad faith — compounding the initial targeting — by fighting the disclosure.

“The lawyers in the Department of Justice have a long and storied tradition of defending the nation’s interests and enforcing its laws — all of them, not just selective ones — in a manner worthy of the Department’s name. The conduct of the IRS’s attorneys in the district court falls outside that tradition,” Judge Raymond Kethledge wrote in a unanimous opinion for a three-judge panel of the Sixth Circuit Court of Appeals. “We expect that the IRS will do better going forward.”