The Guardian Praises Apple For Guarding Users From Pistol Emoji 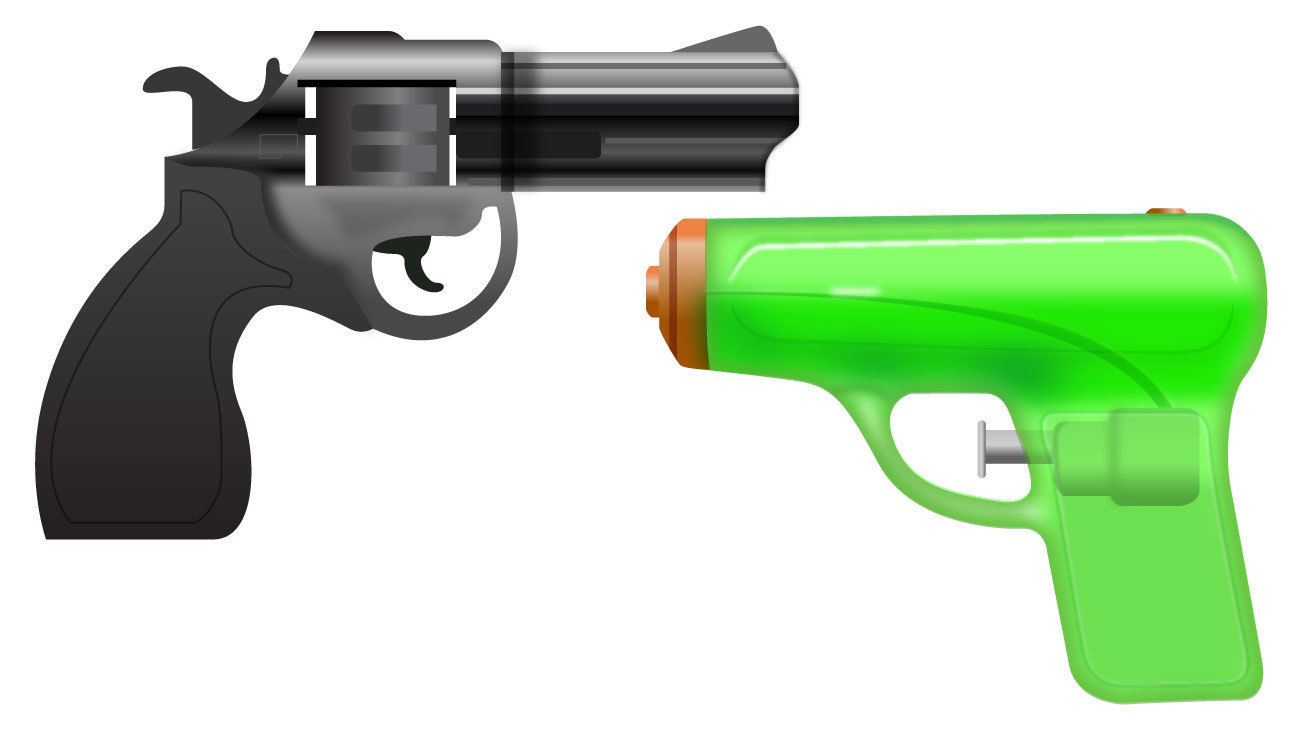 Worried about that violence-inducing pistol emoji on your iPhone? Fret no more. As The Guardian boasts, Apple has removed the dangerous symbol, replacing it with a water gun emoji.

This change comes with a slew of other politically correct additions to the emoji library, including rainbow flags, same-sex couples, and people who aren’t yellow.

If there is growing “despair” about gun crime, it seems there is equally if not more growing concern about unconstitutional gun restrictions and jihadist terrorism. Gun sales have skyrocketed this year in response to the “gun control” debate and relentless terrorist attacks.

Of course, Malkin—who’s based in Australia, where the government proved that first-world governments can take away citizens’ guns—didn’t report these relevant trends.

Malkin did, however, report the “continuing gun violence in the US.” Giving examples, she cited “the killing of two black men by police and the resulting spate of deadly attacks against officers.”

After citing two people who “questioned the point” of Apple’s decision, Malkin reported that has warred against “violent emojis” in the past. They prevented a rifle emoji and “initially blocked the gun, bomb, and knife from even showing up on OS X Yosemite.”

“As long as the threat of death-by-firearm remains,” she declared, “those of us who oppose our nation’s descent into violence assert our resistance in ways that are small as well as big.”

Unfortunately, Edelstein forgot that, even in countries such as France, Turkey, and Germany that recognize no right to bare arms, “the threat of death-by-firearm remains.” So, the resistance of her anti gun cohort is likely to never end no matter how many “violent” symbols they censor.

As Edelstein sees things, the “anti side of the gun debate” has been “too gentle,” in part, out of fear for their lives given that their opponents are, “well, armed.” People like Malkin need to take a “hard line” on the issue, forbidding “weapons that are expressly designed to kill people.”