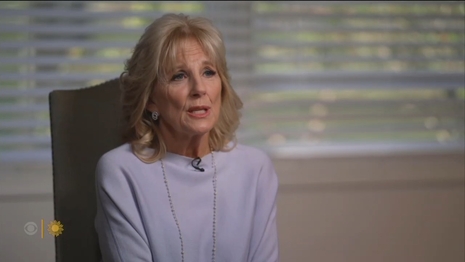 Back on Tuesday, Politico’s West Wing Playbook dove into the Biden administration’s ongoing search to find a new spokesperson for First Lady Jill Biden and, naturally, one of the possibilities includes a major cable and broadcast network executive who already has ties to the regime.

Max Tani and Alex Thompson wrote “one name...that has emerged as a possible contender is RICHARD HUDOCK, who led comms for NBC’s Washington outfit for years” and “has since been elevated to a communications vice president for NBC and MSNBC at the networks’ headquarters in New York.”

“Multiple people familiar with the search told West Wing Playbook that Hudock is among the candidates the first lady’s office is taking seriously for the role,” they added.

In addition to the Biden White House looking to bring in someone who’s supposedly been charged with holding them to account, Hudock’s also notable because he’s already a walking conflict of interest.

How? Well, it turns out he’s been the partner of State Department spokesman Ned Price. According to glowing February 2021 profiles of Price in the Daily Beast and People, they wrote that the two had been together for over three years.

The process to find a new lead communications official for Jill Biden stems from the departure of Michael LaRosa, who fled the White House just under a month ago.

As we recall from the Trump years, the liberal media threw conniptions when someone from Fox News joined the previous administration, but don’t look for the liberal media janitors to do the same if Hudock ends up being Jill Biden’s pick.