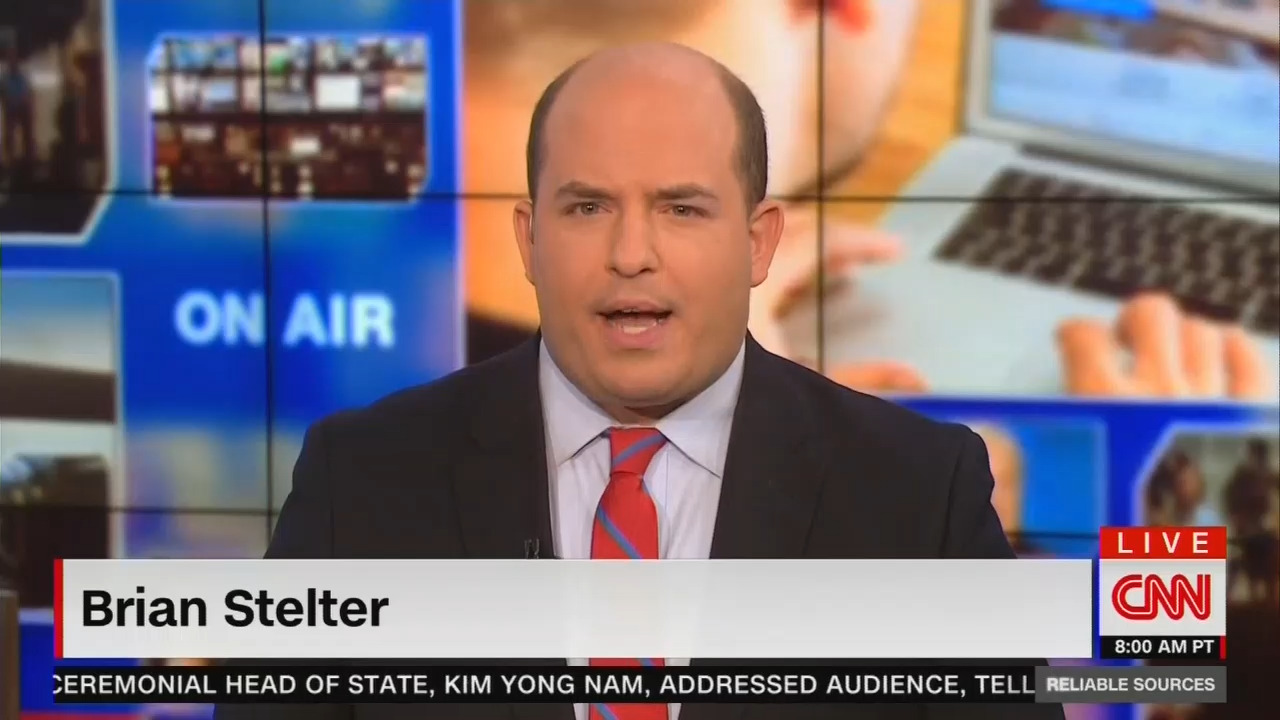 CNN’s Reliable Sources host and liberal media apologist Brian Stelter was at it again on Sunday night after another show largely filled with malarkey (aside from spotlighting the Miami Herald’s investigative journalism on the Jeffrey Epstein case). As true to form, he followed up a similarly mindless newsletter that, among other things, complained that it was “gross” the President would criticize MSNBC and NBC.

Stelter led off with Trump’s late-day Twitter tirade that went after the Fox News Channel, but it also took aim at the Comcast-owned MSNBC and NBC which, of course, was the part that irked the liberal media cheerleader.

Let's take President Trump at his word for a moment. His tweets on Sunday night alleged a vast and appalling conspiracy, reaching all the way from Fox News to The New York Times to MSNBC. He claimed all of the hard-working journalists at NBC are merely corporate shills. And he said Fox is "worse" than CNN on the weekends.

Stelter quickly dispatched with the pleasantries by complaining that “his rants against the media are nothing new,” but shouldn’t be “accepted as normal.”

Instead, he ruled that Trump’s takes should be deemed “unhinged” and went postal on his colleagues for not being as rabid as him: “The leaders of newsrooms know this. And Trump's media cheerleaders know this. If it rains B.S. every day, and I stop pointing out that B.S. is falling from the sky because I get used to the stench, then I'm part of the problem.” Turns out, it must not occur to Brian that Presidents have First Amendment rights too.

Then came the extra stupid part when Stelter seemed offended with Trump’s claim that those on MSNBC and NBC do “whatever Brian [Roberts] & Steve [Burke] tell them to do.” This was despite the fact that a New York Times Magazine profile (so not exactly a conservative bastion) portrayed Zucker as a puppetmaster:

So: Let's unpack the words Trump tweeted. "Watching @FoxNews weekend anchors is worse than watching low ratings Fake News @CNN, or Lyin' Brian Williams," pausing to attack Williams. He claimed the "degenerate" Comcast "Trump haters" at NBC and MSNBC will do "whatever Brian & Steve tell them to do." The truth is that Brian Roberts and Steve Burke just want the news division to report the news, attract viewers, sell ads, make the company proud, and avoid embarrassment. But Trump wants his base to think that Lester Holt and Savannah Guthrie are just puppets. Gross.

Amusing how he didn’t mention Antifa apologist and self-described “referee” Chuck Todd, who was also a moderator and was so widely panned even Stephen Colbert’s CBS and Showtime programs made fun of him. And it squared with his bashing of Mark Levin’s hit book Unfreedom of the Press, which completely misconstrues the entire point of not only books like that, but organizations like this one demanding media accountability and fairness.

Throw in his dismay with Trump knocking the first Democratic presidential debates as “BORING,” and you have a CNN host who’s more than a little detached from reality.