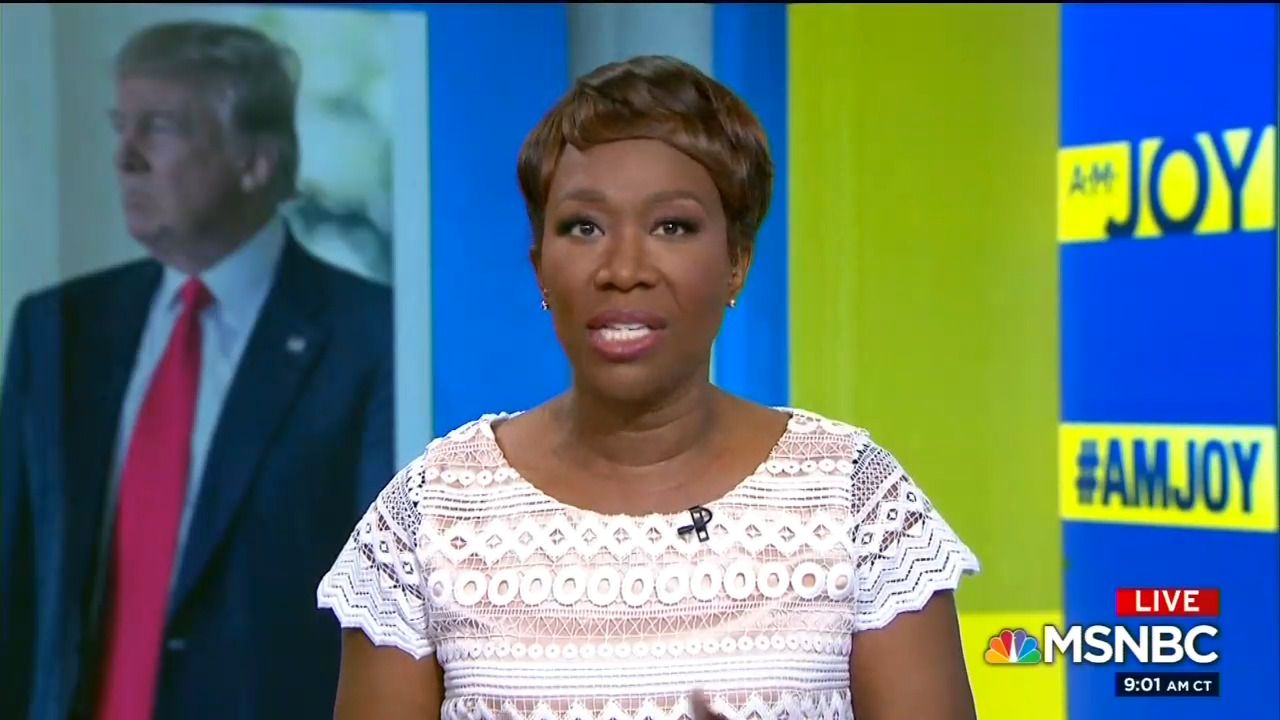 Despite her insistence that she doesn’t recall saying hateful things in other posts about gay people because hackers went back in time to write those words, Reid acknowledged on Friday that she did say “things I deeply regret and am embarrassed by, things I would have said differently and issues where my position has changed.”

MSNBC’s statement was quite amusing as well, lamenting that Reid’s words on her old blog “are not reflective of the colleague and friend we have known at MSNBC for the past seven years.”

So, what changed from suggesting she was the target of time-traveling hackers to admitting that she was the author of so many controversial posts? Seriously. What gives? And how does Reid still have a job?

Reid’s statement directly addressed the two more recent allegations thanks to BuzzFeed News about 9/11 and McCain, including a direct acknowledgment that al-Qaeda was behind 9/11. Just let that sink in for a moment. A cable news host has to state for the record so everyone’s aware of what they think happened on September 11, 2001.

While I published my blog, starting in 2005, I wrote thousands of posts in real time on the issues of the day. There are things I deeply regret and am embarrassed by, things I would have said differently and issues where my position has changed. Today I’m sincerely apologizing again.

I’m sorry for the collateral damage and pain this is causing individuals and communities caught in the crossfire.

To be clear, I have the highest respect for Sen. McCain as a public servant and patriot and wish him and his family the best. I have reached out to Meghan McCain and will continue to do so. She is a former on-air colleague and I feel deeply for her and her family.

I’ve also spoken openly about my evolution on many issues and know that I’m a better person today than I was over a decade ago. I am the daughter of immigrants and have worked to be a strong ally of these communities. There is no question in my mind that Al Qaeda perpetrated the 9/11 attacks or about Israel’s right to its sovereignty.

I believe the totality of my work attests to my ideals and I continue to grow every day.

Meanwhile, here’s what MSNBC said about the Reid scandal which, for awhile, seemed as though it’d be something the network would try to ignore in hopes it’d blow over:

Some of the things written by Joy on her old blog are obviously hateful and hurtful. They are not reflective of the colleague and friend we have known at MSNBC for the past seven years. Joy has apologized publicly and privately and said she has grown and evolved in the many years since, and we know this to be true.

So, encouraging readers to watch a 9/11 truther film, comparing McCain to the Virginia Tech shooter, and making homophobic statements won’t cause you to lose your job. But having a controversial position on those who have abortions will get you fired.

The first was, of course, MSNBC’s Joy Reid and the second person was Kevin Williamson at The Atlantic.

It’s good to be a liberal.