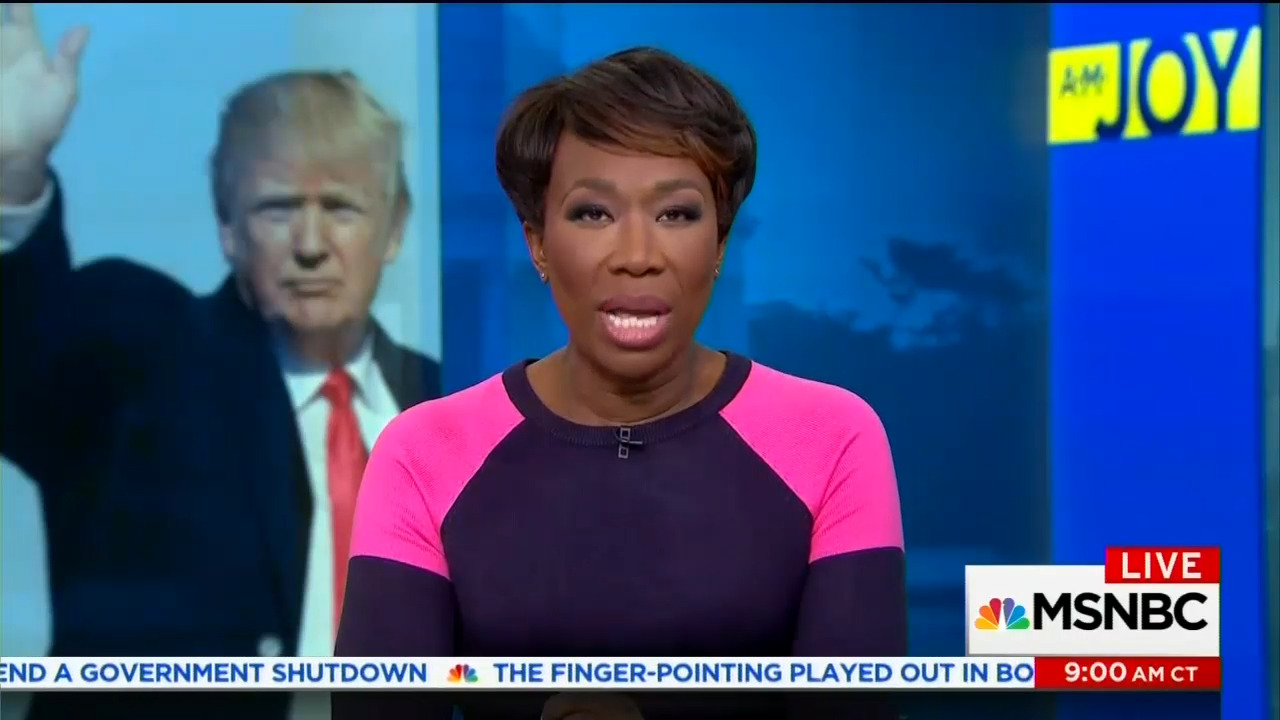 Um, Phil Griffin, call your office because you might want to actually do something this time about AM Joy host and MSNBC favorite Joy Reid.

Early Wednesday evening, BuzzFeed News reporters Joseph Bernstein and Charlie Warzel published a piece revealing that she had published a March 22, 2006 item on her website, Reidblog, that encouraged readers to check out a 9/11 truther documentary called Loose Change 9/11.

Bernstein and Warzel note that easily-debunked, conspiracy theory-laden documentary “was produced in part by Infowars’ Alex Jones, alleged that the terrorist attacks on the World Trade Center were in fact planned by the American government.”

Here’s the full transcript of Reid’s post (thanks to the Wayback Machine):

I might have posted this before, but there's an updated version of a documentary now called "Loose Change 9/11." The fundamental question is: do you believe the official story of 9/11? If you do, great. If you don't, then everything that happened after that is called into serious question. Even if you're agnostic, or you tend to believe that al-Qaida attacked the World Trade Center and Pentagon and that the government had no warning such a thing could happen, it's worth taking a second look. Here's the link.

Let’s reiterate Reid’s second-to-last line: “It’s worth taking a second look.” Are you kidding me?

The BuzzFeed News reporters stated that “[n]either Reid nor MSNBC responded to requests for comment.” They added:

The “Loose Change” post isn’t the only skepticism on her blog about the attacks that killed 3,000 people. In a March, 2006 post titled “Flashback: September 30, 2001,” Reid’s blog notes that the US government identified the plotters suspiciously soon. It then repeats common truther questions about the collapse of building WTC 7, which was not hit by an airplane.

MSNBC and representatives for Reid have both pointed to an ongoing federal investigation into the hacking allegation to defer more questions about the host’s claims.

One has to wonder if Reid will chalk this up to same homophobic, time-traveling, Web hackers who, according to her, planted posts on Reidblog that contained homophobic smears. They were of similar tone to old tweets questioning the sexuality of former Bush campaign aide Ken Mehlman and columnist Ann Coulter.

Reid apologized in December 2017, but then asserted this past April that, after more posts were found, she was the victim of cybercriminals who concocted these attacks and placed them on her now-defunct blog.

Of course, there’s been zero evidence to bolster Reid’s claims but she maintained on April 28's AM Joy that “I genuinely do not believe I wrote those hateful things.” After addressing the controversy, she deflected to a liberal panel where one guest suggested that, if Mike Pence were President, gay people would be in concentration camps.

However, Reid keeping her job wouldn’t be all that shocking. 9/11 Truther Touré has held jobs as a contributor/correspondent for BET, CNN, MTV, and MSNBC (where he co-hosted the now-cancelled show The Cycle).

Ex-NFL player Donte Stallworth was a one-time CNN contributor, former Huffington Post writer, and has frequently appeared on MSNBC. He now claims he no longer thinks the U.S. government (or anyone else besides al-Qaeda) was behind the September 11, 2001 attacks

And, last but not least, there’s Rosie O’Donnell, who’s hosted her own syndicated talk show and co-hosted ABC’s The View.