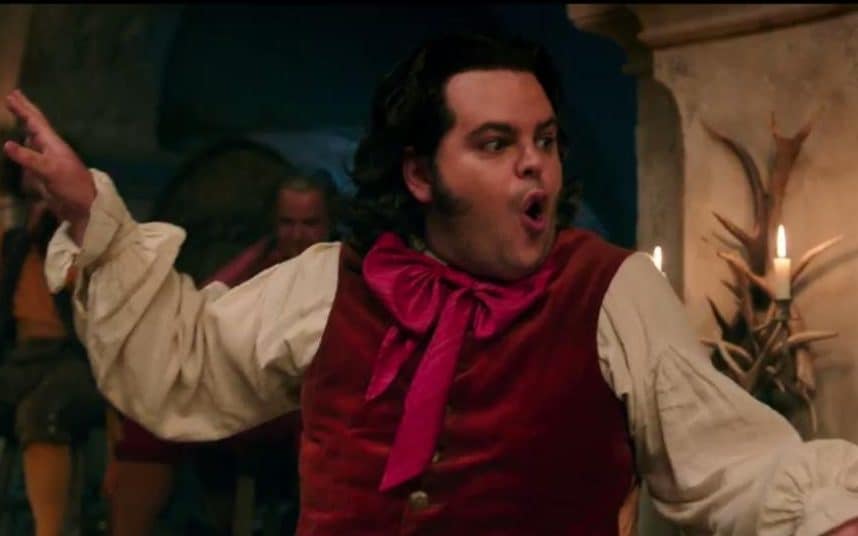 In an op-ed published in Friday’s print edition of USA Today, The Atlantic contributor and Religion News Service (RNS) columnist Jonathan Merritt lashed out at conservative Christians for opposing the so-called gay “moment” in the upcoming Beauty and the Beast remake, charging they’re coming across as “antiquated bigots” keeping people from “coexist[ing].”

Writing with the title “Flaming hypocrisy in evangelical Disney boycott” and subhead “Avoiding the subject of homosexuality will not prepare kids for the real world,” Merritt showed pettiness from the start, knocking Christians for “hav[ing] opted for sackcloth and ashes” upon the news about LeFou (Josh Gad) instead of “singing and dancing.”

Merritt targeted Franklin Graham, our friends at LifeSiteNews.com, and an Alabama drive-in movie theater as marquee opponents of the gay character before spouting off:

Conservative Christian outrage over any positive portrayals of lesbian, gay, bisexual and transgender people in film and television is a tale as old as time, but this effort seems particularly misguided. It risks making Christians look like antiquated bigots, and it reeks of moral hypocrisy. Worse, it diverts energy from a more worthwhile effort: teaching Christian children to coexist in a pluralistic society.

Merritt complained that, despite details about the character and reports of the scene in question, it’s not a big deal because, first, “[t]here are no explicit discussions in the film about gay rights, gay marriage or the morality of gay relationships.”

The other two reasons were weak, with the second being LeFou not being explicitly in love with or dating someone of the same sex and third being the “subtle” interaction with Gaston lasted only one scene.

Merritt added with more attacks on conservative Christians by constructing a classless strawman that such disapproval with Disney “makes it appear that these Christians object to the mere existence of gay people.”

Of course, the topic of President Donald Trump came up as well:

And even if Graham were right and there were some discernable “agenda” in this film, a boycott would reek of hypocrisy. After all, conservative Christian leaders just helped elect President Trump, and a whopping 81% of white evangelicals voted for the real estate mogul. In light of this, the boycott looks like a Mickey Mouse position and Goofy double standard.

It’s impossible to reconcile boycotting Disney for including a kind-of-sort-of-possibly gay character in a film while supporting a thrice-married serial liar who has bragged about bedding married women and has admitted to grabbing women’s genitals without permission.

Rankled Christians are motivated by a desire to protect their children from a view of sexuality that conflicts with their religious beliefs. But is boycotting this film the best way to accomplish that goal? LGBT people have long left the closet. They exist in every corner and level of society.

The RNS columnist turned his attention to questioning whether a decision by Christian families to not see Beauty and the Beast could hinder children from being exposed to gay people and thus “not prepare kids for a world where it is almost totally accepted.”

“Energy would be better invested in teaching children to understand and coexist alongside people who might not share their beliefs and practices,” he suggested.

He concluded with the prediction that “[a] boycott today would be even less effective given that conservative Christians wield less cultural influence.”