Even though Democratic presidential candidate Senator Elizabeth Warren (D-MA) wants to break up Big Tech and regulate it, those who profit from the tech industry support her anyway.

Warren had her most successful fundraising quarter yet, raising $125,305 from employees at Facebook, Alphabet, Amazon, Apple, and their subsidiaries. Overall, in the past year, Warren has raised $254,717 from tech employees. Six hundred and sixty tech workers total gave to Warren’s campaign. Overall, Silicon Valley tech workers have donated a total of $1,206,976 to Democratic candidates. 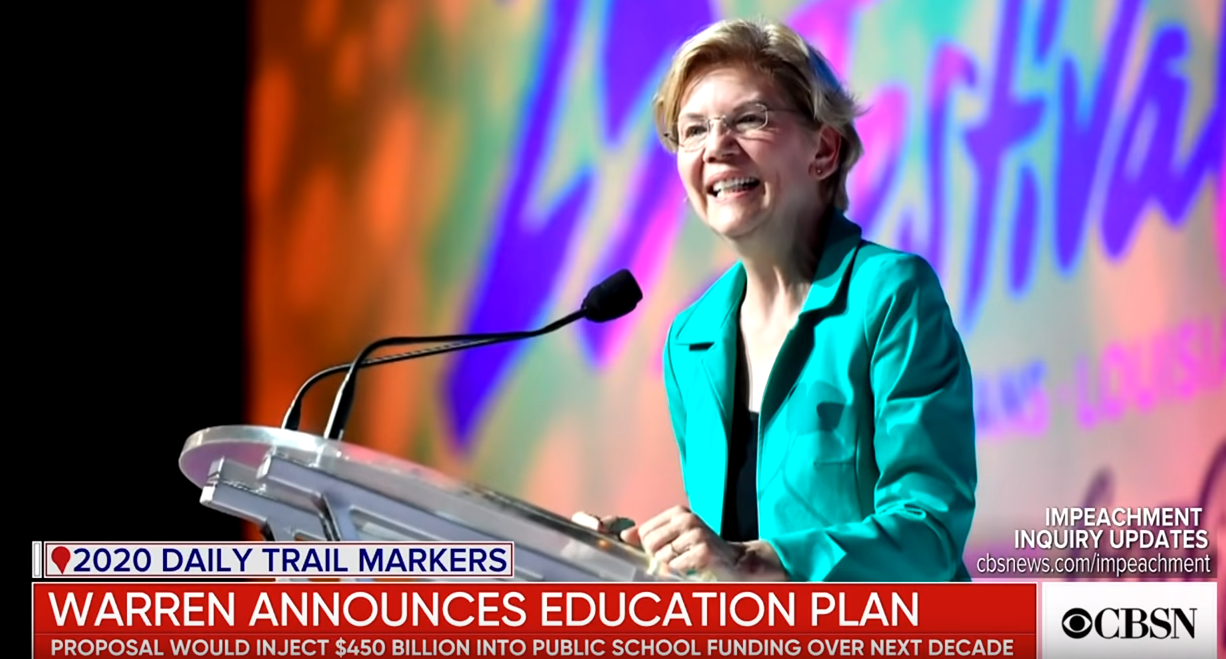 The Massachusetts senator has by far the most radical plan when it comes to dealing with Big Tech companies. She wrote back in March for Medium that she planned on breaking up Big Tech companies, saying, “That’s why my administration will make big, structural changes to the tech sector to promote more competition — including breaking up Amazon, Facebook, and Google.”

Warren may have collected the most money, but candidate Senator Bernie Sanders (I-VT) has attracted more people. Morning Consult estimates the number of tech workers who donated to Sanders at 869.

Warren announced in October that she would not accept donations of more than $200 from executives at tech companies or banks. The senator wrote in Medium that “when I’m the Democratic nominee for president, I’m not going to change a thing in how I run my campaign: No PACs. No federal lobbyists.”

Facebook has been a target of Warren’s complaints from the beginning, and the candidate even posted a false ad on Facebook to demonstrate her issue with the lack of fact-checking. After Zuckerberg announced that he would not fact-check politicians, Warren tweeted, “Facebook is accepting millions of dollars from Trump to run political ads, including ones with misinformation and outright lies. Ads that TV stations won't even run.”

Zuckerberg has said in leaked audio to the Verge that he was concerned about Warren’s plan to regulate Big Tech, particularly Facebook. He said, “I mean, I don’t want to have a major lawsuit against our own government. ... But look, at the end of the day, if someone’s going to try to threaten something that existential, you go to the mat and you fight."