NY Times Vet Weisman: ‘What Would Disqualify a Candidate in a Republican Primary?' 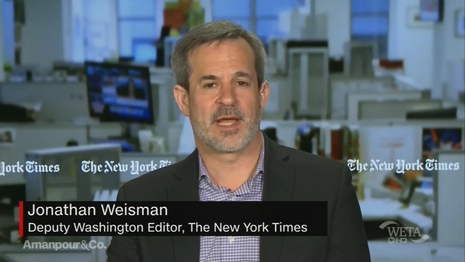 New York Times political reporter Jonathan Weisman again singled out Republicans as solely to blame for some trait that is actually a bipartisan sin. Last month, Weisman singled out  alleged support by GOP extremists for Russia against Ukraine.

In Missouri, Georgia, Ohio and now Nebraska, Republican men running for high office face significant allegations of domestic violence, stalking, even sexual assault -- accusations that once would have derailed any run for office. But in an era of Republican politics when Donald J. Trump could survive and thrive amid accusations of sexual assault, opposing candidates are finding little traction in dwelling on the issues.

The name “Bill Clinton” somehow was unmentioned, a Democrat president who notoriously escaped allegations of sexual harassment and rape thanks to a compliant press that willingly smeared and disappeared his accusers. 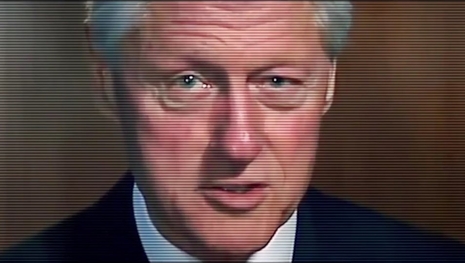 Political scientists who have studied Republican voting since the rise of Trumpism are not surprised that accused candidates have soldiered on -- and that their primary rivals have approached the accusations tepidly. In this fiercely partisan moment, concerns about personal behavior are dwarfed by the struggle between Republicans and Democrats, which Republican men and women see as life-or-death. Increasingly, Republicans cast accusations of sexual misconduct as an attempt by liberals to silence conservatives.

It’s debatable whether Democrats really are tougher on their own kind than are Republicans (see: Cuomo, Andrew, for one).

Democrats, including President Biden and Keith Ellison, the attorney general of Minnesota, have weathered their own accusations of misconduct in the past -- and where such charges have proven difficult to discount, the party has shown itself more willing to jettison its candidates.

The accusations facing some Republican men are so stark that they raise the question: What would disqualify a candidate in a Republican primary? Mr. Greitens resigned as Missouri’s governor after a hairdresser testified under oath in 2018 that he had taped her hands to pull-up rings in his basement, blindfolded her, stripped her clothes off and taken a photo of her, which he threatened to release if she revealed their affair.

Again, Bill Clinton was credibly accused of rape by Juanita Broaddrick, and of sexual harassment by Paula Jones and Kathleen Willey.

Weisman poked through old domestic abuse accusations against Herschel Walker, football star turned Republican candidate for Senate in his home state of Georgia. That's funny! Walker is running against Sen. Raphael Warnock, and they were too busy promoting the Democrat to discuss his ex-wife's allegations that he ran over her foot. (Warnock had "fact checkers" fight for him.)

One could almost hear the liberal sighing:

Political scientists are not surprised by Republicans’ tolerance for accusations. Charges of misogyny, sexual harassment and even domestic abuse have “become deeply partisan in terms of beliefs about what is acceptable and what is appropriate,” said Kelly Dittmar, a professor at the Center for American Women and Politics at Rutgers University. “And now it’s fallen into the talk of ‘cancel culture’ in the broader society.”

Dittmar is liberal enough to salute Planned Parenthood for getting stronger after undercover videos showed they sold baby corpses for profit.

The #MeToo movement and the current debate over transgender rights and education are only widening the gap between Republican women and women who identify as Democrats and independents, Prof. Cassese said. For female candidates, appeals to gender solidarity or attacks on misogyny do not seem to work in Republican primaries.

And only in the Times would the leftwing billionaire and dark-money bankroller George Soros be called a “liberal philanthropist.”