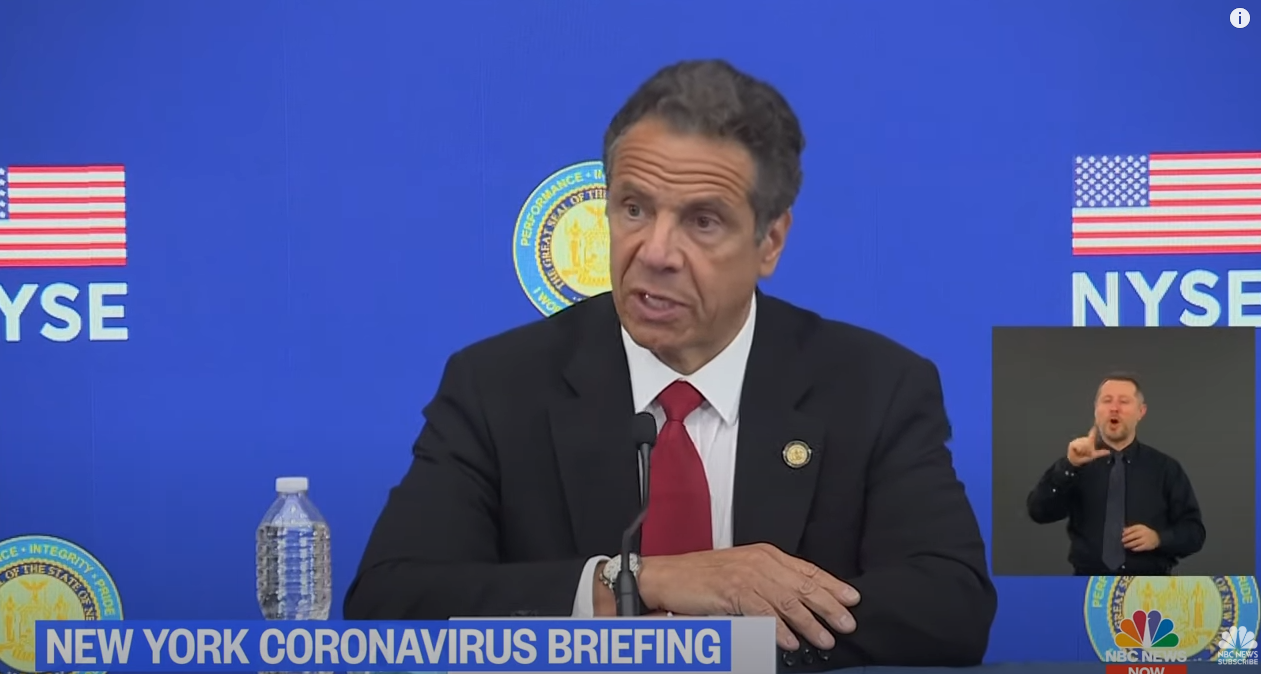 It’s official: The coronavirus is a partisan weapon for the New York Times. The paper deployed it in its co-lead story slot Monday -- Memoridal Day -- “Virus at Its Deadliest in the Strongholds of Democrats.” The online version of that headline was even blunter: “The Coronavirus Is Deadliest Where Democrats Live.” Those are awfully partisan ways to frame the health crisis, seemingly geared to make or keep people angry. and apart.

The staggering American death toll from the coronavirus, now approaching 100,000, has touched every part of the country, but the losses have been especially acute along its coasts, in its major cities, across the industrial Midwest, and in New York City.

The devastation, in other words, has been disproportionately felt in blue America, which helps explain why people on opposing sides of a partisan divide that has intensified in the past two decades are thinking about the virus differently. It is not just that Democrats and Republicans disagree on how to reopen businesses, schools and the country as a whole. Beyond perception, beyond ideology, there are starkly different realities for red and blue America right now.

....Counties won by President Trump in 2016 have reported just 27 percent of the virus infections and 21 percent of the deaths -- even though 45 percent of Americans live in these communities, a New York Times analysis has found.

(We trust the Times doesn’t actually want more Red State deaths to even things out in the name of fighting inequality.)

The very real difference in death rates has helped fuel deep disagreement over the dangers of the pandemic and how the country should proceed. Right-wing media, which moved swiftly from downplaying the severity of the crisis to calling it a Democratic plot to bring down the president, has exacerbated the rift. And even as the nation’s top medical experts note the danger of easing restrictions, communities across the country are doing so, creating a patchwork of regulations, often along ideological lines.

The Times semi-acknowledged the statistics behind the clamor to reopen -- the impact of the virus has not been as severe in many Republican states -- but the paper was still dismissive of narrowly focused Texas and other Republican-leaning enclaves:

Interviews with dozens of Republicans in southeast Texas and other parts of the country over the past month found a pervasive it’s-not-coming-for-my-neighborhood attitude, with many seeing themselves as a world apart from the regions that have been overwhelmed by the virus. They are enthusiastic backers of rolling back restrictions not just as a way to spur the economy, but also based on the belief that individuals should make their own decisions about risk. They dismiss factual reports from the news media as exaggerated and trying to incite panic, because the reports don’t align with their own experience.